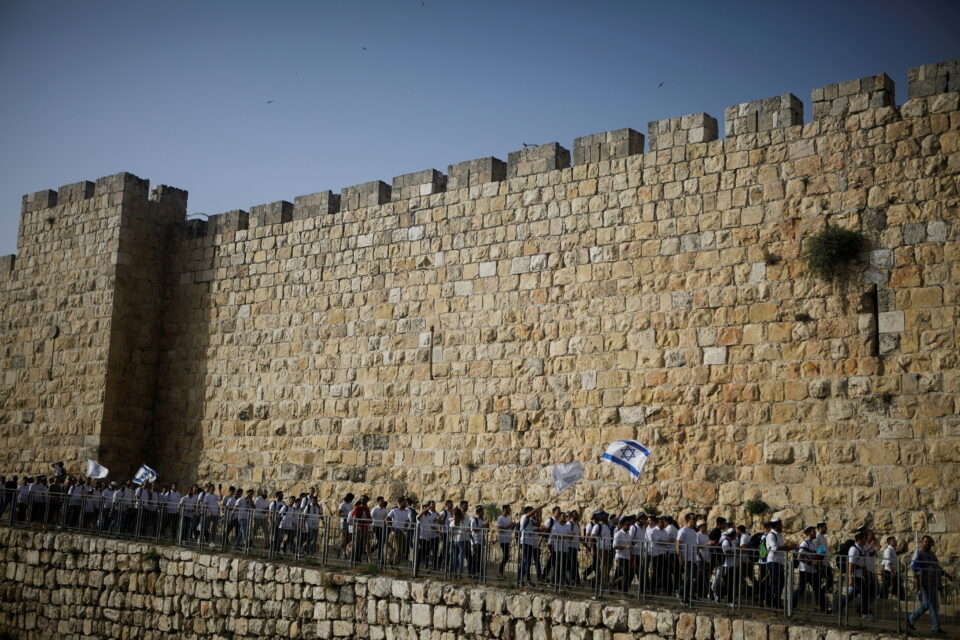 Far-right Israeli groups will march in East Jerusalem on Tuesday in a flag-waving procession that risks igniting tensions with Palestinians in the contested city and rekindling violence between Israel and Gaza militants.

Assailing the march as a “provocation”, Palestinian factions have called for a “Day of Rage” in Gaza and the Israeli-occupied West Bank. Gaza’s Islamist rulers Hamas have warned of renewed hostilities if it goes ahead.

“We warn of the dangerous repercussions that may result from the occupying power’s intention to allow extremist Israeli settlers to carry out the Flag March in occupied Jerusalem tomorrow,” Palestinian Prime Minister Mohammad Shtayyeh said on Twitter.

An original march was re-routed to avoid the walled Old City’s Muslim Quarter on May 10 when tensions in Jerusalem led Gaza’s Islamist rulers Hamas to fire rockets towards the holy city, helping set off 11 days of deadly fighting.

Israeli rightists accused their government of caving into Hamas by changing its route. They rescheduled the procession after an Egyptian-mediated Gaza truce took hold.

A route change or cancellation of the procession could expose Bennett’s patchwork coalition to accusations from Netanyahu, now in the opposition, and his right-wing allies of giving Hamas veto power over events in Jerusalem.

“The time has come for Israel to threaten Hamas and not for Hamas to threaten Israel,” prominent far-right lawmaker Itamar Ben-Gvir said on Twitter.

An official route for the march has yet to be announced. Israeli media reported that police will allow participants to congregate outside the Old City’s Damascus Gate but will not let them cross through it to the Muslim Quarter, which has an overwhelmingly Palestinian population.

Palestinian protests were planned for 6 p.m. (1500 GMT) across the Gaza Strip, and Hamas and Palestinian President Mahmoud Abbas’s Fatah faction have called on Palestinians to flock to the Old City to counter the march.

“Tensions (are) rising again in Jerusalem at a very fragile and sensitive security and political time, when UN and Egypt are actively engaged in solidifying the ceasefire,” U.N. Middle East envoy Tor Wennesland said on Twitter.

“Urge all relevant parties to act responsibly & avoid any provocations that could lead to another round of confrontation,” he said.

The Israeli military has made preparations for a possible escalation in Gaza over the march, Israeli media reported, and the U.S. Embassy in Jerusalem prohibited its employees and their families from entering the Old City on Tuesday.

Palestinians want East Jerusalem to be the capital of a state they seek to establish in the occupied West Bank and Gaza.

Israel, which annexed East Jerusalem in a move that has not won international recognition after capturing it in a 1967 war, regards the entire city as its capital.