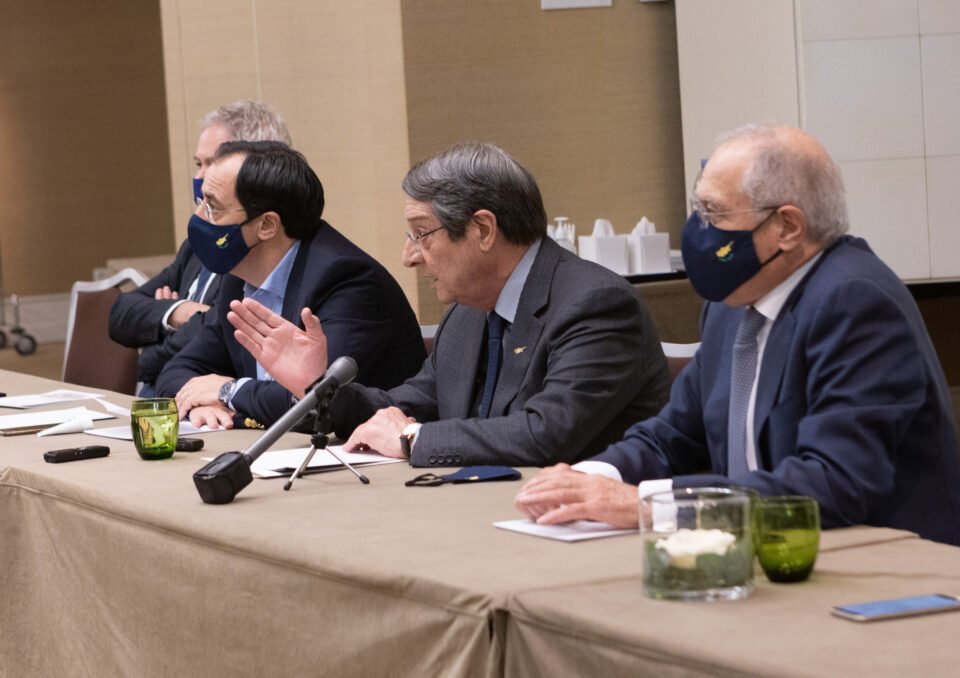 Nicosia on Tuesday said that for the moment it does not appear Turkey has shifted course on the Cyprus issue, making a second informal meeting focused on the island unlikely, and accused Ankara of playing PR games in a bid to mollify EU states ahead of an upcoming European Council summit later this month.

“It is clear that any developments in EU-Turkish relations depend on Turkey. At this time the situation does not favour a positive response. But there is still time ahead of the European Council, we await the visit by Ms Lute [the UN Secretary General’s special envoy on Cyprus] on June 21, which is confirmed, and by then we will be able to talk more specifically,” Foreign Minister Nikos Christodoulides said.

Christodoulides said Turkey is trying to convey the picture that all is well with their relations with Greece, Egypt and Libya, and that the problem is with Cyprus and the Greek Cypriots.

Meanwhile, Turkish Cypriot leader Ersin Tatar said on Tuesday that talks on a solution for a bizonal bicommunal federation in Cyprus have been exhausted due to the refusal of the Greek Cypriot side to share power and wealth on the basis of equality.

“Talks on a bizonal bicommunal federation have been going on for over half a century and have constantly failed.

“This is being also used by the Greek Cypriot side to maintain the status quo and to take advantage of previous UN Security Council resolutions,” he said.

“A reconciliation between the two sides will only happen when there will be a mutual acceptance and not before,” the Turkish Cypriot leader said.

Speaking on CyBC radio, Christodoulides was asked to take stock of the recent face-to-face meetings between Greek premier Constantinos Mitsotakis and Turkish leader Tayyip Erdogan on the sidelines of the Nato summit in Brussels.

He said both he and President Nicos Anastasiades were having a series of phone calls on Tuesday with foreign leaders to gauge what was discussed there.

Greece’s Foreign Minister Nicos Dendias later tweeted that he and Christodoulides had had a telephone conversation on the Cyprus problem and EU-Turkey relations. No details were provided.

On the prospects for a follow-up 5+1 meeting on Cyprus, following April’s that produced a deadlock, the chief diplomat offered: “The point is not to have another informal 5+1 meeting for its own sake, but to have one with prospects for a positive outcome. Varosha is definitely an issue, plus Turkish conduct in Cyprus’ exclusive economic zone.

“And we must have indications before such an informal meeting that Turkey has dropped its demand for a two-state solution.”

EU leaders will come together on June 24 and 25 – just three days after Jane Holl Lute’s visit here, where she’ll be holding contacts with the leaders of the two communities.

The European Council’s agenda includes a resumption of discussions on Turkey’s relations with the bloc.

In a joint statement after the previous Council in March, EU leaders welcomed “the recent de-escalation in the Eastern Mediterranean through the discontinuation of illegal drilling activities, the resumption of bilateral talks between Greece and Turkey and the forthcoming talks on the Cyprus problem under the auspices of the United Nations.”

They also called on Turkey to “abstain from renewed provocations or unilateral actions in breach of international law.”

UN Secretary General Antonio Guterres has said he will convene in the near future another meeting of the 5+1, the five plus the United Nations, again with the objective to move in the direction of reaching common ground to allow for formal negotiations to start.

In a news conference on Tuesday, Erdogan revealed that he and Mitsotakis agreed to establish a private line of communication, where one leader can pick up the phone at any time to discuss issues.

“We agreed to mutual steps to support a positive agenda,” the Turkish leader said.

“We decided not to let any third parties come between us, by speaking to each other through a private line.”

He went on to predict a “quiet year.”

“We had a good meeting. Both in regards to the Aegean and in other areas,” he remarked, the ‘other areas’ understood to be the eastern Mediterranean around Cyprus.

There was no mention of the Cyprus problem after Mitsotakis’ meeting with Erdogan on Monday afternoon.

According to the Athens News Agency, citing government sources, the 50-minute meeting took place “in a cordial climate, and there was an agreement of mutual understanding that the tensions of 2020 cannot be repeated.”

But it was clarified, the same sources said, that a series of very significant differences still exist, the main one being the delimitation of maritime zones in the Aegean and the Eastern Mediterranean.