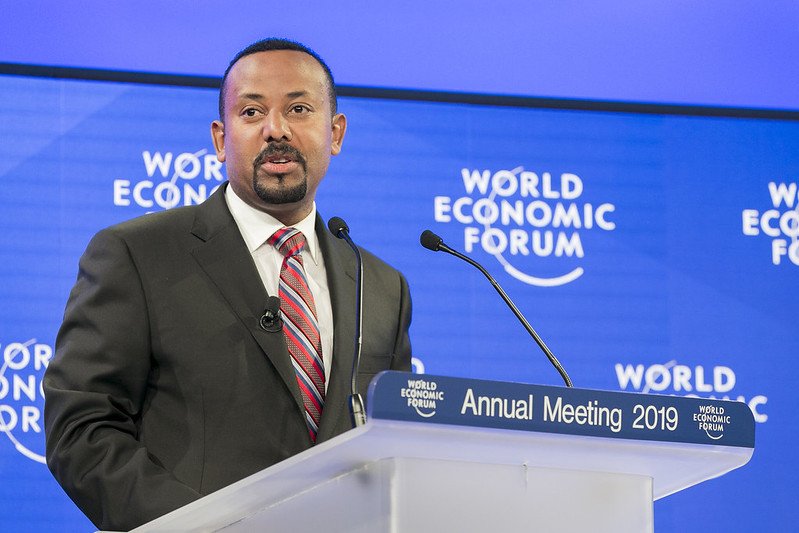 When Ethiopia awarded its first private telecom licence last week, Prime Minister Abiy Ahmed hailed it as the crowning achievement of his plan to open up Ethiopia’s tightly controlled economy of over 109 million people.

But for many foreign investors who feted him getting the top job in 2018, hopes of cracking one of the world’s last major untapped markets are waning, stifled by the slow pace of reforms and ossified bureaucracy.

On paper, Abiy can boast of having opened up Ethiopia’s health, e-commerce and transport services sectors through a new investment law. It is a key part of his pitch as Abiy faces his first national parliamentary election on Monday – which he has billed as Ethiopia’s first free and fair polls.

But foreign companies now operating in Ethiopia are struggling to repatriate profits amid a crippling foreign exchange crunch and inflation that consistently exceeds 20 per cent.

The economy is on track to grow just 2 per cent this year after consistently topping 10 per cent before the pandemic.

Abiy heads the biggest national party, one of the few that tries to appeal beyond a particular ethnic bloc. He pledged to continue the reform process during the ceremony awarding the telecoms licence to the winning consortium.

Mamo Mihretu, Abiy’s senior policy adviser, told Reuters the government would not be deterred and investors were still interested in Ethiopia.

“Despite the ongoing pandemic, locust invasion and other challenges, the government is pushing through the home-grown economic reforms,” he said.

Some of Ethiopia’s challenges are also home-grown.

A seven-month war in the northern Tigray region has shuttered many firms operating there, although other parts of the country remain unaffected.

Main roads are often closed by the military for weeks at a time and fighting is frequent. Bangladeshi textile firm DBL, which makes clothes for Swedish fashion giant H&M, is shut after the abandoned factory was looted and fearful foreign staff refused to return.

Velocity Apparelz Companies – a supplier to H&M and Children’s Place – said its factory was occupied by both Ethiopian and Eritrean government soldiers for months. It was also looted, said a Velocity official, who asked not to be named.

“I don’t see a business climate in Tigray at this time,” the official said.

The authorities have targeted Ethiopian companies suspected of working with the Tigray People’s Liberation Front, the region’s former ruling party, which is fighting the central government.

Gail Strickler, president of global trade at the advisory firm Brookfield Associates, said some companies had had bank accounts frozen.

“I can’t imagine who would want to invest now,” Strickler, the former top U.S. trade official on textiles, told Reuters.

Neither Ethiopia’s attorney general, who has spearheaded efforts to track down companies the authorities accuse of being linked to the TPLF, nor the head of the taskforce on the Tigray crisis responded to requests for comment.

The Ministry of Foreign Affairs said last week that some factories in Tigray, including unnamed textile and cement factories, had restarted operations and exporting products.

Van Schaik said when he tried to register collateral on a new digital portal to access loans he discovered only domestically registered businesses qualified.

He said attempts to form an Ethiopian company to serve as a collateral agent went nowhere. Van Schaik said he eventually gave up.

Lelise Neme, commissioner of the Ethiopian Investment Commission, told Reuters that AAFC had not “made a formal application to obtain an investment permit yet” and that the commission had set up a method for investors to register grievances against a administrative decisions.

“The new investment laws set clear rules and make no or little room for arbitrary discretionary decisions on investment permit requests,” she wrote, saying there were no active complaints on this issue.

The central bank governor did not respond to requests for comment about registering collateral.

But Bollore Transport & Logistics Ethiopia has been waiting for a year for a licence to handle customs clearance.

“They asked for a custom clearance licence. They are allowed to have the licence. But we have not been able to grant them one,” said Brook Taye, a senior adviser at the finance ministry, blaming bureaucracy.

Some international companies have welcomed the opportunity the reforms have provided.

DHL Global Forwarding, the freight specialist of Deutsche Post DHL Group, signed an agreement in November with state-run Ethiopian Airlines to form a joint venture company. In a statement at the time, the company applauded the move to “liberalise key sectors of the booming economy”.

However, it is the telecommunications sector that best illustrates both the promise and the limits of Abiy’s agenda, some observers say.

While the government opened up the sector to foreign investment, it kept a tight grip on banking and insurance.

That has excluded mobile network operators from a supremely lucrative and undeveloped mobile money sector, handing it instead to the state telco.

Sector insiders say those moves dampened demand for what had initially been highly sought-after licences. Ethiopia received two bids for the two licences on offer and awarded only one.

The winning consortium composed of Kenya’s Safaricom , Japan’s Sumitomo and Britain’s Vodafone paid $850 million. A bid from South Africa’s MTN was rejected as too low.

Announcing the award of the licence, Abiy welcomed the more than $8 billion total investment, saying on Twitter: “… this will be the single largest FDI into Ethiopia to date. Our desire to take Ethiopia fully digital is on track.”

However, a sector insider closely following the process said the government’s desire to cling to the choicest pieces of the market undermined the process.

“The government has competing interests,” he said. “It needs to balance these.”

Senior policy adviser Mamo and the prime minister’s office did not immediately reply to requests for further comment.

Ethiopia on Monday launched a tendering process for the proposed sell-off of a 40 per cent stake in the state carrier to private investors.