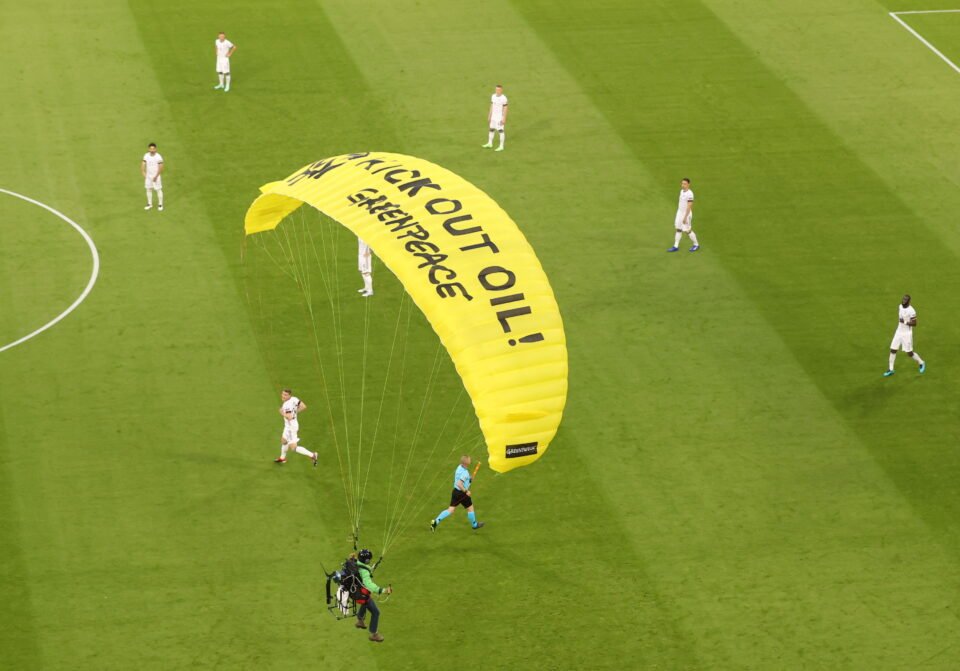 Several people are being treated in hospital for injuries caused by a protestor who parachuted into the Allianz Arena before France’s 1-0 win over Germany in the European Championship on Tuesday, European soccer’s governing body UEFA said.

A parachutist with “Kick Out Oil” and “Greenpeace” written on the back of his parachute flew into the stadium, briefly delaying the match.

The parachutist came in at a steep angle and appeared to clip a cable when entering the stadium as he struggled to gain control before landing heavily at the far end of the pitch where players were waiting to start the Group F match.

“This inconsiderate act — which could have had very serious consequences for a huge number of people attending — caused injuries to several people attending the game who are now in hospital and law authorities will take the necessary action,” UEFA said in a statement.

“UEFA and its partners are fully committed to a sustainable EURO 2020 tournament and many initiatives have been implemented to offset carbon emissions.

“The staging of the match was fortunately not impacted by such a reckless and dangerous action, but several people were injured nonetheless.”

France coach Didier Deschamps, who was seen ducking out of the way of a large piece of equipment near the dugout, said he suffered a “little bruise”.