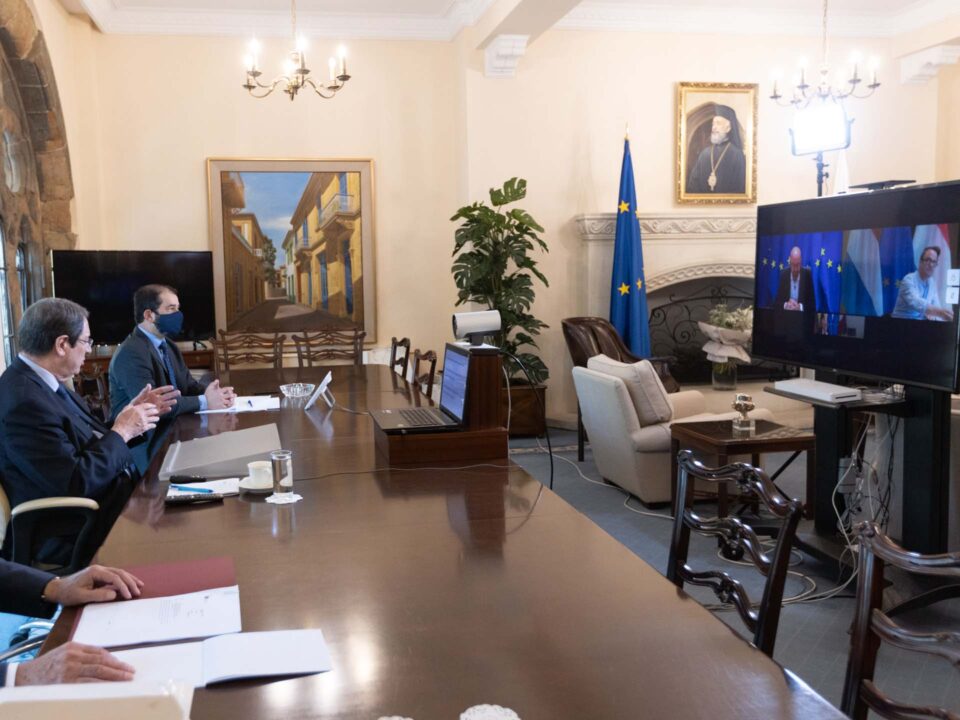 The EU needs to clarify whether it will act against further Turkish provocation, president Nicos Anastasiades told EU leaders on Thursday in light of next week’s European Council session, where EU-Turkey relations will be discussed.

In a written announcement, government spokesman Kyriacos Koushos detailed an online meeting between the president, European Council President Charles Michel and the leaders of Malta, Lithuania and Luxemburg, which covered a range of issues – from managing the pandemic, economic recovery and immigration, to the EU’s relations with Turkey and Russia.

Anastasiades addressed all items on the agenda, including the Recovery and Resilience Plan submitted by the Republic of Cyprus and the relevant reforms and investments that Cyprus plans to implement using EU funds.

Koushos said the president’s address focused on next week’s discussion of EU-Turkey relations at the European Council, reiterating that Turkey’s position on the Cyprus problem, which looks towards a two-state solution, contradicts the one held by the EU and provided for by UN resolutions, which supports a bizonal, bicommunal federation.

He also stressed the need for Turkey to stop claiming portions of the Republic’s EEZ, pointing out that any further actions in Varosha will be a huge blow to any prospects of resuming negotiations for a solution to the Cyprus problem.

Anastasiades also said that “the EU must clarify whether it will act against further provocations from Turkey, from land or sea”.

Koushos said the president also illustrated Turkey’s refusal to comply with EU rules by mentioning the constant flow of migrants into Cyprus through Turkey, which breaches immigration rules, as well as Ankara’s refusal to apply EU-Turkey customs union rules to Cyprus.

Lebanese opt for beer over banks