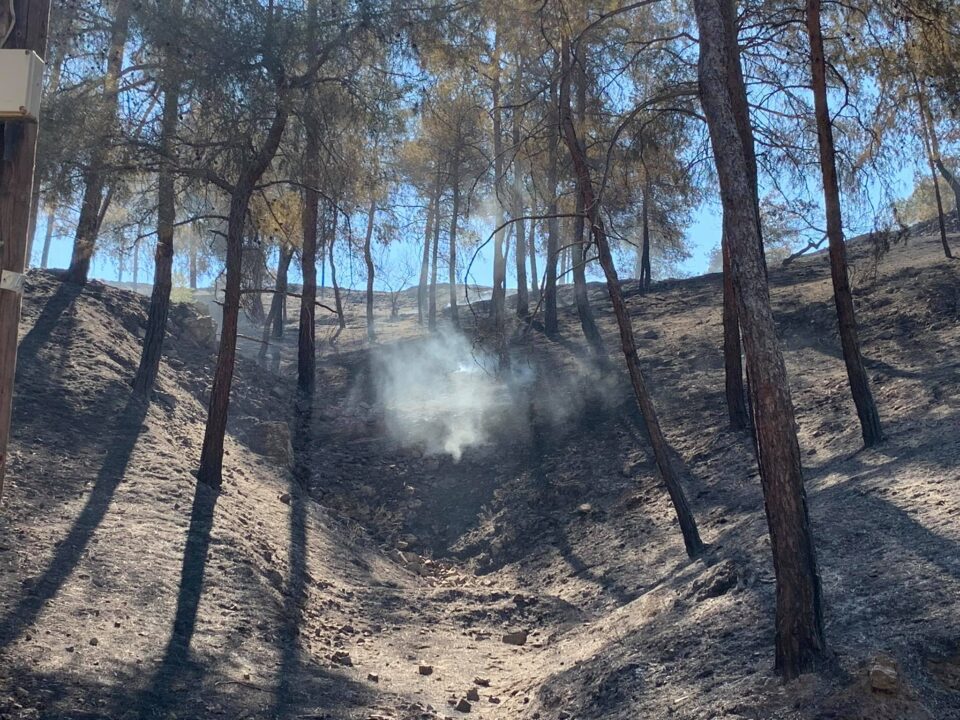 Agriculture minister Costas Kadis on Thursday highlighted the importance of the new Mammari firefighting aircraft base in Wednesday’s efforts to extinguish a fire in the Ayia Marina Xyliatos area, which destroyed some three square kilometres of forest area.

The blaze was brought under control early Thursday morning after over 12 hours of collective efforts from land and air.

A patrolling aircraft spotted the fire around 3pm on Wednesday, mobilising firefighting forces who managed to bring the blaze under partial control by 10pm. They remained in the area throughout the night after to prevent re-ignitions in the six-kilometre perimeter and put out some small fires that still burned.

They were assisted by nine water-dropping aircraft, including two helicopters from the British bases.

Kadis thanked everyone involved in the operation, emphasising the role of the Mammari base in its smooth and continuous running.

Wednesday marked the first time the base was used after being unveiled a month ago, and its proximity to the areas needing water and fire retardant, rapidly affected by the flames because of strong winds, helped limit disaster, he said.

“Time is a very important parameter in these situations, and the fact that the patrol aircraft immediately spotted the fire and made the first drop, but also the base’s location, helped contain the blaze as much as possible,” Kadis added.

The fire burned around 300 hectares of forest vegetation and agricultural crops, of which 80 hectares were within the Adelphi forest.

Authorities are still investigating the cause of the fire but have initially ruled out foul play.

Forestry department director Charalambos Alexandrou said they are looking into a possible connection with a bean threshing site, which is located near where the fire is thought to have started.

“We are looking for a connection, but there were no reports of anyone being there up to 15 minutes before the fire broke out,” he said. “Whatever happened here was either out of neglect, or an accident”.

The minister said that the state will support locals affected by the fire, mainly farmers whose crops and equipment were destroyed.

“Nature has the power to do its job and be born again. With proper support we can get back the forest area we have lost,” he finally said.