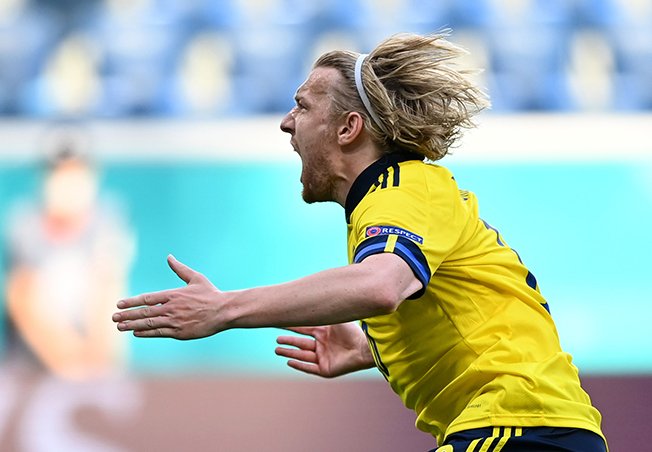 Emil Forsberg's strike ended a run of 365 minutes without a goal for Sweden at the European Championship, since their opening group game at Euro 2016

Emil Forsberg scored Sweden’s first goal of the Euro 2020 from the penalty spot as they edged out Slovakia 1-0 to boost their qualification hopes in Group E on Friday.

After an insipid first half display, Sweden stepped up their intensity in the second half and deservedly earned a penalty in the 77th minute when substitute Robin Quaison was brought down by Slovakia goalkeeper Martin Dubravka in the box.

Forsberg slotted the penalty into the right hand corner of the goal to take Sweden provisionally top of Group E on four points from two matches.

Having won their opening game against Poland, Slovakia still have a chance to progress to the knockout stage even as they face group favourites Spain in their final game on Wednesday.

Spain, who were forced to settle for a goalless draw with Sweden in their opening game, face Poland in their second match on Saturday