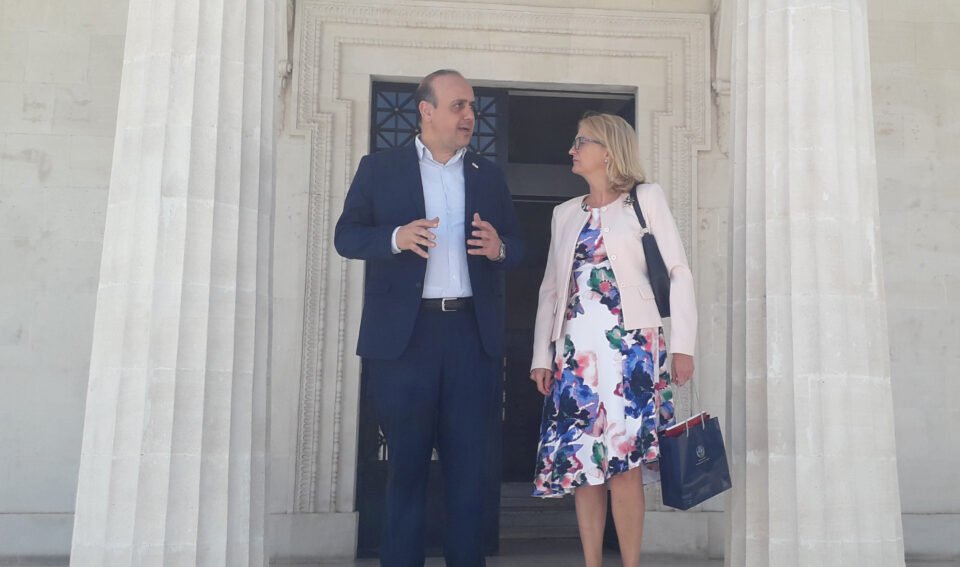 The expansion of close ties and further co-operation between Paphos municipality and the Polish Embassy was the main topic of a meeting at the town hall on Friday morning.

“The enrichment and expansion of the already close cooperation that the municipality of Paphos has maintained in recent years with the embassy of Poland in Cyprus, was discussed today by the Mayor Phedonas Phedonos, and the Polish Ambassador Irena Lichnerowicz-Augustyn,” the municipality announced.

The two discussed, among other things, the organisation of joint high-level events to be held in Paphos in October as part of the celebrations to mark the 60th anniversary of the establishment of official diplomatic relations.

They also discussed and decided to further support the Polish Archaeological Mission in Paphos by providing the municipality with a suitable space to house the Polish Research Centre which is expected to operate in the autumn in Paphos.

“Missions of the Jagiellonian University of Krakow and the University of Warsaw have now been consolidated under Professor Eudoxia Papoutsi-Vladika,” the municipality noted.

The presence of the Polish Archaeological Expeditions in Paphos dates back to the 1960s when an excavation team of the University of Warsaw under the direction of the late Professor Andreas Dzefski, brought to light the famous mosaics of Paphos.

“The archaeological mission of the Jagiellonian University of Krakow, began and continues the excavation of the Ancient Agora,” it concluded.