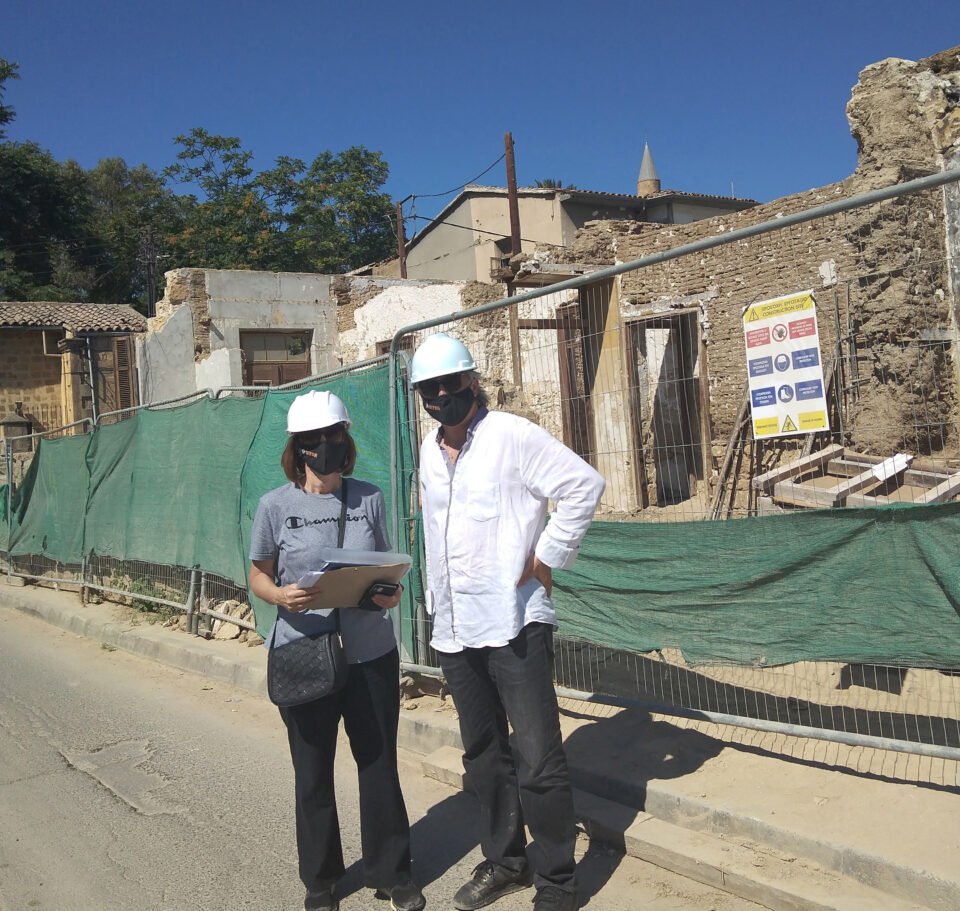 Technical Chamber Etek on Friday said it staged an impromptu visit to the under-reconstruction listed buildings near the Archbishopric in old Nicosia after receiving complaints from members of the public about further demolition at the site.

The Archbishopric had agreed to rebuild the four listed structures in old Nicosia after their partial demolition in February sparked widespread outrage among the public, the municipality and political parties alike.

In a written announcement, Etek said that head Constantinos Constanti visited the building site on Thursday where he was briefed about the progress of the reconstruction.

According to project coordinator architect Athena Aristotelous-Clerides, the first two phases of the project are complete.

The first phase involved ensuring the integrity of the structures through risk assessment and the construction of supports, as well as the clearing and removal of decomposed parts of the walls, which posed a great public health risk.

The second phase was all about recording the existing condition of the buildings as a result of their partial collapse and demolition, and reviewing newly approved designs and architectural plans to adapt to new conditions.

The third phase was set in motion in mid-May and involves the setting of foundations for new walls and floors.

Aristotelous-Clerides said that the works that may have alarmed the public were necessary to remove decomposed clay bricks from the site “according to the consulting civil engineer’s research”.

She added that original wooden borders, mosaic floors and marble facades have been saved and will be replaced once all insulation and building works are completed.

Asked about when the project might be finished, the coordinator said that a comprehensive timeframe will be presented by the contractors once the engineer hands over their revised electrical and mechanical study for the buildings.