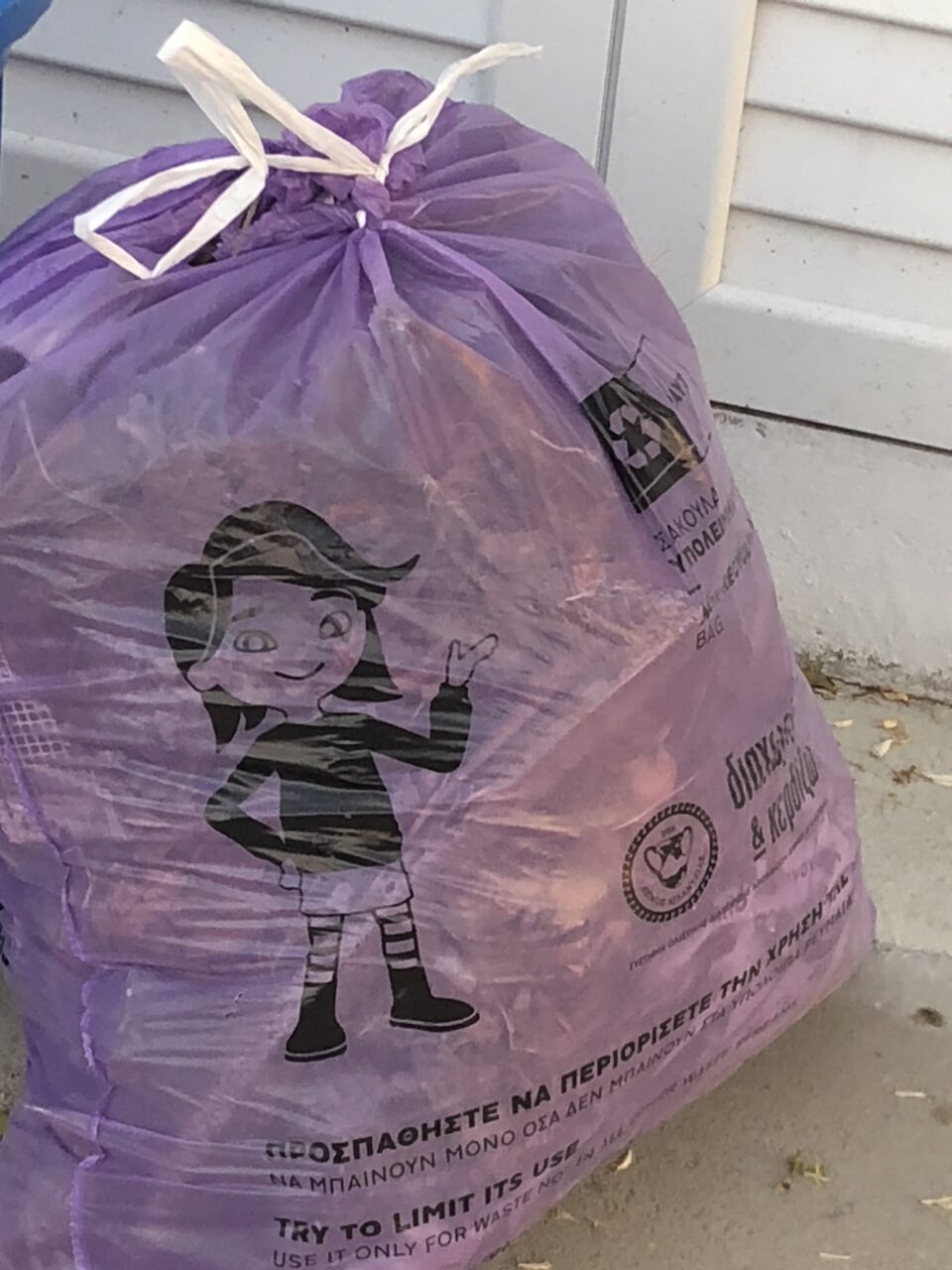 The designated purple bags must be purchased to dispose of rubbish

Five months after the implementation of the ‘pay as you throw’ waste management system, Aglandjia municipality has reduced its rubbish by 1,396 tonnes, the municipality said on Saturday.

In a written announcement, the municipality said that from January to May 2021 it saw a 39 per cent reduction in waste, “which means the average local resident sends 60 per cent less rubbish to the tip than the average Cypriot”.

The results were presented by municipal secretary Charis Tsangarides during a press conference attended by agriculture minister Costas Kadis.

“There is still hope of saving the environment through changing our mentality,” Tsangarides said.

Aglandjia mayor Andreas Constantinou thanked local residents for their good will and compliance with the scheme, which he said, contributed to its success, adding that it has multiple benefits for society, the environment and the economy.

The pay as you throw system holds people accountable for the waste they produce by acting as an immediate incentive to correctly manage it in order to minimise their charges, he added.

Finally, Kadis called on the public “to embrace this effort and make the most of the infrastructure and opportunities available to achieve the best possible results for the benefit of themselves, their local area, the environment, and our country in general”.