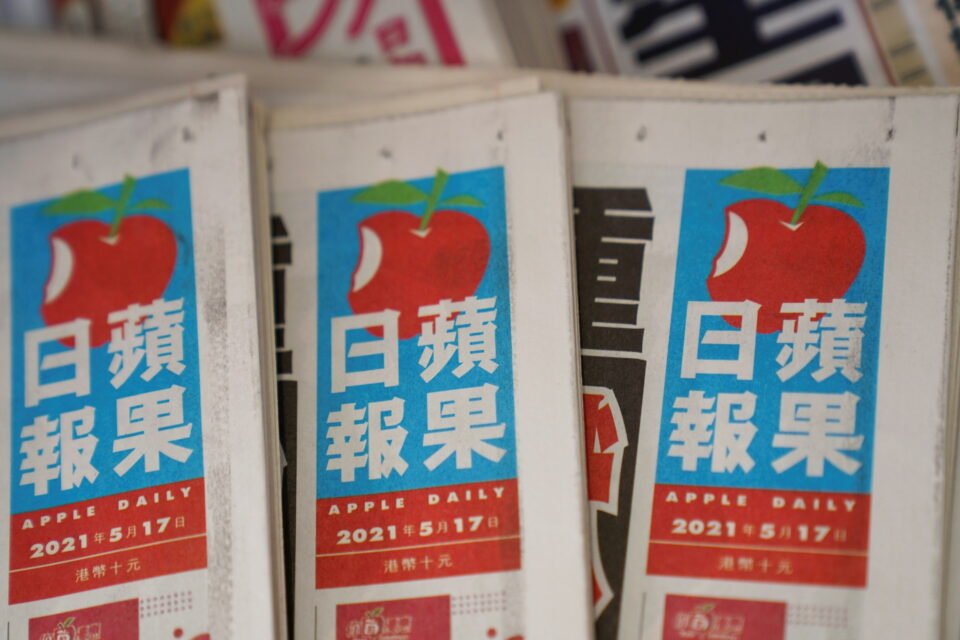 FILE PHOTO: Copies of Next Digital's Apple Daily newspapers are seen at a newsstand in Hong Kong Yik/File Photo

Next Digital’s pro-democracy Hong Kong tabloid newspaper Apple Daily will cease publication on June 26 if its board decides at a meeting on Friday it can not continue to operate, the newspaper said an internal memo seen by Reuters.

Police raided the newspaper last week in a national security investigation, in which senior Apple Daily executives were arrested for alleged “collusion with a foreign country” and assets of three companies linked to the newspaper were frozen.

On Monday, an adviser to the jailed Next Digital owner and staunch Beijing critic Jimmy Lai, told Reuters the newspaper would be forced to shut “in a matter of days”.

“The Board will decide on Friday whether (the company) will continue to operate,” the Apple Daily said in its memo to staff, which has not been released publicly.

“If the board decides not to continue to operate on Friday, online will stop uploading at 23:59 p.m. on the day, newspaper will cease operation after publishing the June 26 edition.”

The company would “accommodate” any immediate resignations, it said.

Apple Daily and Next Digital management could not be reached for comment.

Police have said dozens of Apple Daily articles were suspected of violating a new national security law in the first case in which authorities have cited media articles as potentially violating the contentious legislation.

Editor-in-chief Ryan Law and chief executive officer Cheung Kim-hung were charged with collusion with a foreign country and denied bail on Saturday. Three other senior executives were also arrested on Thursday and released pending further investigation.

Three companies related to Apple Daily are being prosecuted for collusion with a foreign country and authorities have frozen HK$18 million ($2.3 million) of their assets.

The Bureau said in a statement to Reuters on Monday that it would not comment on case details due to ongoing legal proceedings and any application related to the frozen property would be handled “according to the law”.

“Endangering national security is a very serious crime,” it said.

The newspaper said in a Sunday article that it was considering challenging the decision to freeze assets in courts, should the Security Bureau reject the request.

The arrests and scale of the Apple Daily raid have been criticised by Western countries, global rights groups, press associations and the chief U.N. spokesperson for human rights.

Security Secretary John Lee told a news conference on Thursday the police operation against the Apple Daily was aimed at those who use reporting as a tool to endanger national security and did not target the media industry as a whole.

China’s Foreign Commissioner’s Office said in a statement on Thursday the national security law protected press freedom and warned external forces to “keep their hands off Hong Kong“. The office said press freedom cannot be used as a “shield” for those who commit crimes.

Next Digital has come under increasing pressure since Lai was arrested last year under the legislation. Lai, whose assets have also been frozen under the security law, is in jail for taking part in unauthorised assemblies.

Apple Daily is a popular tabloid founded 26 years ago that mixes pro-democracy discourse with celebrity gossip and investigations of those in power.