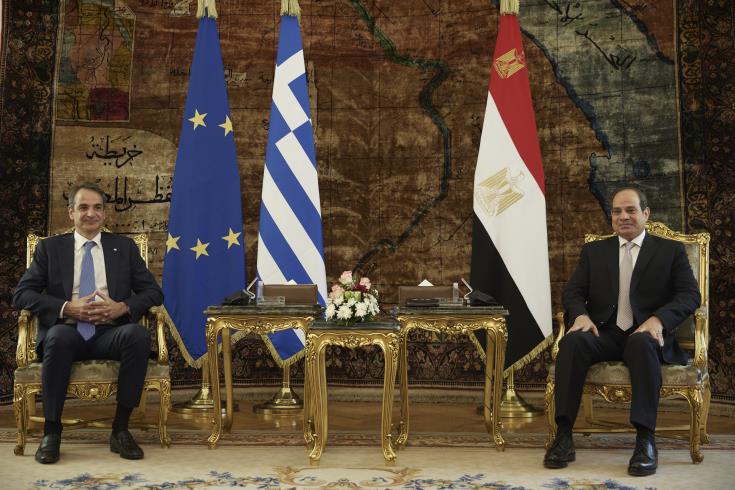 According to CNA, Sisi highlighted the cooperation between Egypt, Greece and Cyprus through the system of trilateral meetings that the latter have engaged in with countries in the region including Israel.

Sisi suggested the need to strengthen the tripartite mechanism while stressing the need to respect international law and the principle of non-interference in the internal affairs of states in the wider region. For Libya, he reiterated the need for an electoral process at the end of the year and the withdrawal of foreign troops.

Mitsotakis, referring to the Cyprus issue, reiterated that “there is no solution beyond the binding framework set by the UN resolutions.”

He thanked the Egyptian president for the steady support in efforts to resolve the Cyprus issue based on the resolutions of the United Nations Security Council.

He also reiterated that the Turkish Cypriot proposal for a two-state solution could not be a basis for negotiation, as it is in complete contradiction with the UN decisions and the EU’s acquis, which support a bizonal, bicommunal federation.

Mitsotakis also briefed the Egyptian leader on developments in Greco-Turkish relations and on his recent meeting with Turkish President Recep Tayyip Erdogan at the Nato summit.

He also referred to the new environment and energy agreement signed by the Greece and Egypt that would serve the well-being of the peoples of the two countries.