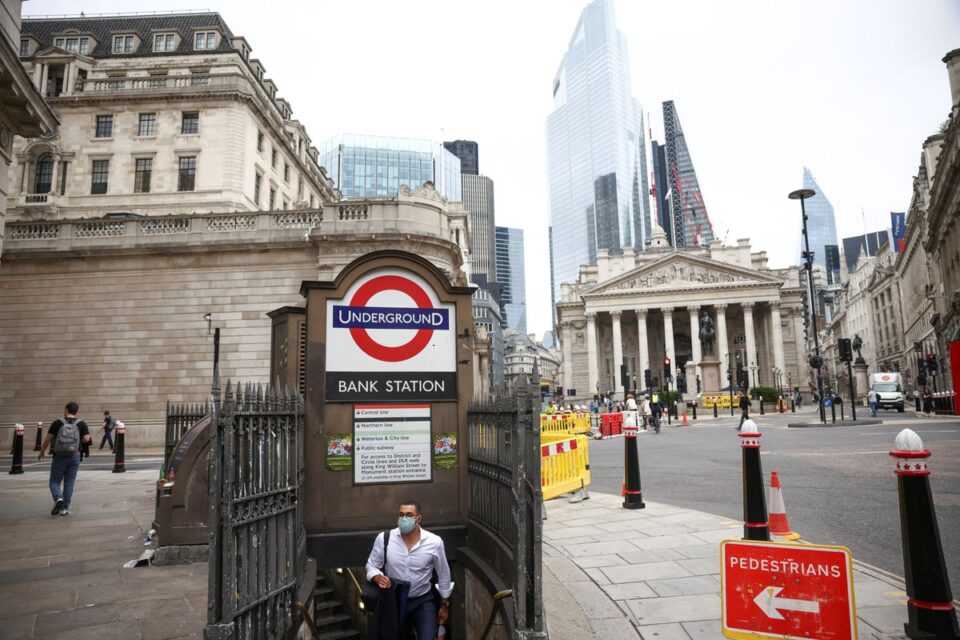 British public borrowing fell in May from the sky-high levels of a year earlier when the government was ramping up a huge spending response to the pandemic, and there are signs that the recent recovery in the economy is boosting tax revenues.

Borrowing excluding public sector banks totalled 24.3 billion pounds ($33.8 billion) in May, down from 43.8 billion pounds in the same month in 2020, the Office for National Statistics said.

Economists polled by Reuters had on average expected a shortfall of 26.0 billion pounds.

The May figure took the deficit for the first two months of the 2021/22 financial year to 53.4 billion pounds.

That was the second-highest on record but was down by almost 38 billion pounds from the April-May period of last year.

Borrowing is falling faster than the government’s budget forecasters had expected.

But Samuel Tombs, with consultancy Pantheon Macroeconomics, said Britain’s longer-term economic problems would continue to weigh on the public finances.

“We still think that the government will have to stick to plans to hike corporation tax in 2023 and to increase the effective income tax rate by freezing existing thresholds, if it wants to ensure that public borrowing declines below 4 per cent of GDP in the mid-2020s,” Tombs said in a note to clients.

He said the figures for April and May had been helped by a delayed recording of a payment to the European Union.

Revenues flowing into the public coffers in May rose by 7.5 billion pounds from a year earlier to just under 57 billion pounds, reflecting the pick-up in the economy as coronavirus restrictions were lifted.

Finance minister Rishi Sunak has committed to measures worth 350 billion pounds since the start of the pandemic last year, one of the biggest COVID-19 support programmes among the world’s major economies and saddling the public finances with a deficit equivalent to 14.3 per cent of gross domestic product in 2020/21.

Sunak, responding to Tuesday’s data, repeated his pledge to “get the public finances on a sustainable footing” and said he had taken “difficult but necessary steps” in his budget plan announced in March.

The spending surge that Sunak authorised has begun to slow as the number of workers on his job-protecting wage subsidy scheme falls. The furlough scheme is due to be scaled back from July before ending altogether in September.

Sunak has resisted pressure to extend most other support measures despite Prime Minister Boris Johnson’s decision to delay the lifting of the last social-distancing rules which had been due to take place on Monday.

The Sunday Times reported Sunak was considering blocking an automatic increase of nearly 6 per cent in old-age pension payments as part of a wider effort to rein in costs. read more

The Office for National Statistics said Britain’s public debt mountain reached almost 2.2 trillion pounds in May, or 99.2 per cent of GDP, the highest since the 1960s.

House committee agrees on who will preside over other committees