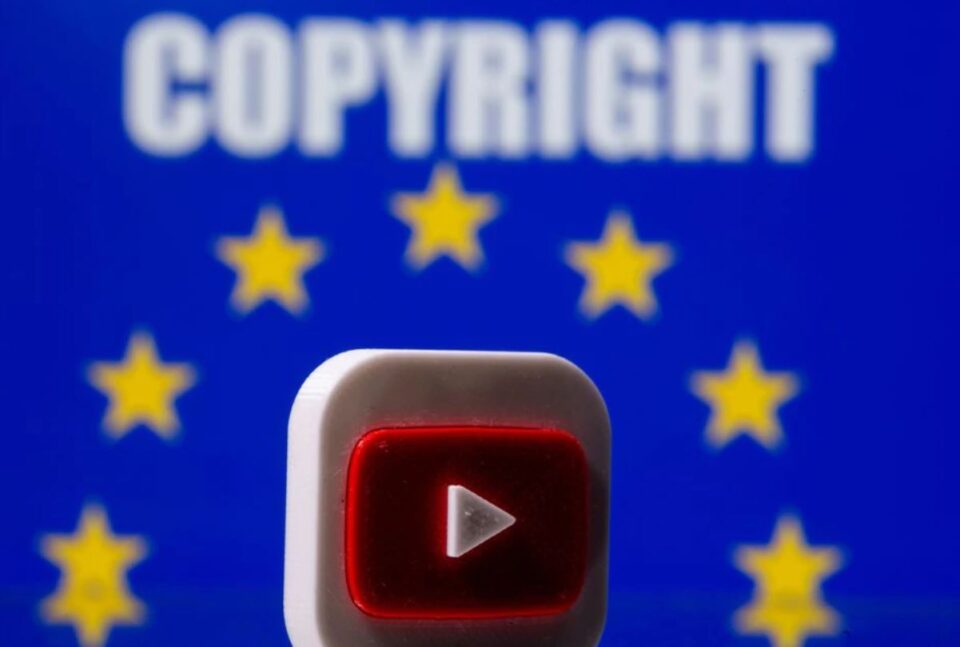 Google’s YouTube won its latest copyright infringement challenge after Europe’s top court said online platforms are not liable for users uploading unauthorised works unless the platforms failed to take quick action to remove or block access to the content.

The case marks the latest development in a long-running battle between Europe’s $1 trillion creative industry and online platforms, with the former seeking redress for unauthorised works that are uploaded.

It is also part of the wider debate on how many online platforms and social media should do to police the posting of unauthorised, illegal or hateful content, an issue that European Union regulators are targeting with tough new rules that could come into force next year.

“As currently stands, operators of online platforms do not, in principle, themselves make a communication to the public of copyright-protected content illegally posted online by users of those platforms,” the EU Court of Justice said.

“However, those operators do make such a communication in breach of copyright where they contribute, beyond merely making those platforms available, to giving access to such content to the public,” judges said.

The EU court said platforms could also be liable if they do not put in place the appropriate technological tools to tackle copyright breaches by their users or where they provide tools on their platforms for illegal sharing of content.

“That’s why we’ve invested in state of the art copyright tools which have created an entirely new revenue stream for the industry. In the past 12 months alone we have paid $4 billion to the music industry, over 30 per cent of which comes from monetised user-generated content.”

The case underlines a long-running debate on the responsibilities of online platforms, with the CJEU giving useful guidance to national courts assessing such disagreements, said Nils Rauer, a partner at law firm Pinsent Masons.

“The core question is and remains whether the platform is in a rather passive role (no liability) or in an active role (liability). There is a fine line between those two roles,” he said.

“With today’s ruling, the domestic courts will be able to build on more guidance from Luxembourg where to draw the line between the good ones (platforms) and the bad ones,” he said.

YouTube found itself in the dock after Frank Peterson, a music producer, sued the company and Google in Germany over the uploading to YouTube by users in 2008 of several phonograms to which he holds the rights.

In a second case, publishing group Elsevier took legal action against file-hosting service Cyando in Germany after its users uploaded several Elsevier works on its platform Uploaded in 2013 without its approval.

A German court subsequently sought advice from the EU Court of Justice, which ruled on both cases on Tuesday.

Existing EU rules exempt YouTube and its peers from such liability regarding copyright when they are told of violations and remove them.

The EU last year overhauled its copyright rules for the first time in two decades to help its creative industries by adopting a key provision known as Article 17. This requires YouTube, Facebook’s (FB.O) Instagram and other sharing platforms to install filters to prevent users from uploading copyrighted materials.

But this has drawn criticism from civil rights groups worried about potential censorship by authoritarian governments and risks to freedom of expression.

Several EU countries have yet to transpose the EU law into national legislation, due in part to the COVID-19 pandemic.

The European Commission has also proposed much a more wide-ranging Digital Services Act, which sets stringent obligations on very large online companies, online platforms and hosting services, backed by fines up to 6 per cent of a company’s revenue for non-compliance.

The draft rules need to be thrashed out with EU countries and EU lawmakers before they can become law, likely to be next year.