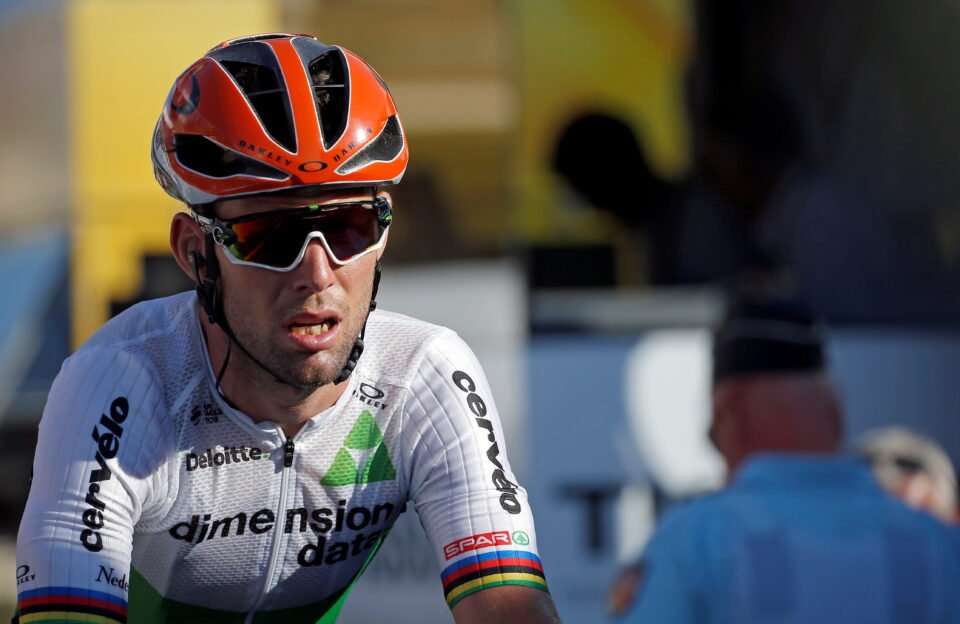 Mark Cavendish said he will begin the Tour de France on Saturday without the burden of expectation on his shoulders after his late call-up into the Deceuninck-QuickStep squad.

The 30-time Tour stage winner got the nod after injury ruled out Sam Bennett, preventing the Irishman from defending the green jersey he won last year and offering Cavendish an unexpected return to the race in which he made his name as the best sprinter of his generation.

Having missed the last two editions of the Tour, the call-up crowns Cavendish’s resurgence this season after fearing his career was coming to an end last winter, reward for the sort of form which saw him win four stages of the Tour of Turkey in April and the final stage of Belgium Tour this month.

But his surprise selection will temper expectations, and Cavendish is happy to share the spotlight with world champion Julian Alaphilippe and Tour of Flanders winner Kasper Asgreen in a strong Deceuninck-QuickStep squad.

“Actually it’s the least amount of pressure I’ve felt in a long time because I’m in a team of the world champion in Julian and the Ronde van Vlaanderen winner Kasper and just this team, that takes the pressure away because it’s not on my shoulders,” he said.

“I kind of just know where I am. There are always going people who try and pull (me down) when I don’t win just because of how I was when I was young. But I’ve been through too much and dealt with too much to really give a s*** about that anymore.

“I don’t think anybody is really expecting too much from me so I can’t fall from such a great height.”

Back at the race where he once made winning look routine, Cavendish brushed aside the inevitable question regarding Eddy Merckx’s all-time record of 34 Tour stage wins, calling the number “irrelevant”.

The 36-year-old said he only learned of his call-up two days ago, shortly before it was publicly announced on Monday, with the news leaving him speechless.

“Surprise is the wrong word, I was in a bit of shock I guess,” Cavendish said. “Wilfried Peeters (sports director) called me and I was just a little bit quiet.”

But though the call-up was unexpected, Cavendish is confident in his form. To claim his stage five win in Belgium on June 13 Cavendish beat a world-class field including Caleb Ewan, Tim Merlier, Pascal Ackermann and Dylan Groenewegen, so he has no reason to fear his rivals.

Cavendish could not ask for a better lead-out train than the one provided by Deceuninck-QuickStep, who have won at least three stages of every edition of the Tour since 2016.

Though Bennett’s absence is the cause of significant frustration for Patrick Lefevere, the team boss expressed confidence in his replacement.

“Mark Cavendish returns to the Tour, he has a long, long love story and also a hate story with the Tour I think,” Lefevere said. “After Eddy Merckx he is the guy with the most wins.

“We have called on him at the last minute so he is like a fantastic football player who is always on the bench but has to make the winning goal.”