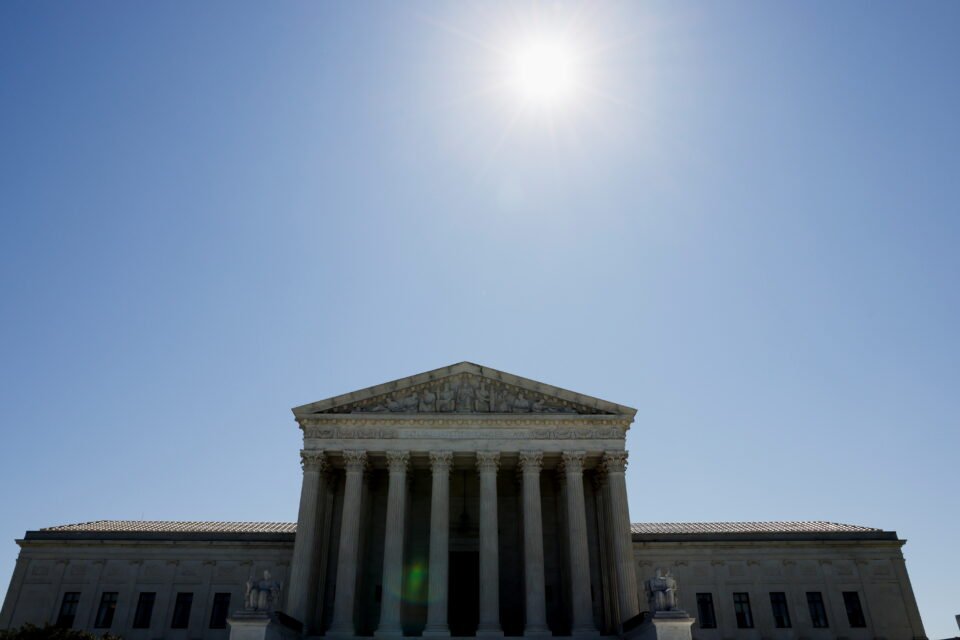 The US Supreme Court

The US Supreme Court on Wednesday ruled in favor of a Pennsylvania teenager who sued after a profane social media post got her banished from her high school’s cheerleading squad in a closely watched free speech case, but it declined to outright ban public schools from regulating off-campus speech.

The justices ruled 8-1 that the punishment that Mahanoy Area School District officials gave to the plaintiff, Brandi Levy, for her social media post – made at a local convenience store in Mahanoy City on a weekend – violated her free speech rights under the U.S. Constitution’s First Amendment. The decision was authored by liberal Justice Stephen Breyer.

The case involved the free speech rights of America’s roughly 50 million public school students. Many schools and educators have argued that their ability to curb bullying, threats, cheating and harassment – all frequently occurring online – should not be limited to school grounds.

The justices preserved the authority of public schools to sometimes regulate speech that occurs away from campus. They declined to endorse a lower court decision that found that the First Amendment guarantee of free speech prohibited punishing students for what they say off campus.

“The school’s regulatory interests remain significant in some off-campus circumstances,” Breyer wrote in the ruling.

Breyer cited some specific behavior that may require schools to act, such as severe bullying or harassment, threats aimed at teachers or other students, and rule-breaking.

Breyer made clear, however, that the power of schools toward off-campus speech is less than on campus.

“When it comes to political or religious speech that occurs outside school or a school program or activity, the school will have a heavy burden to justify intervention,” Breyer wrote in the ruling.

The ruling left the door open to future cases to better define the scope of that power.

In a dissent, conservative Justice Clarence Thomas said that schools “historically could discipline students in circumstances like those presented here.” Lower courts will be “at a loss” in trying to apply the ruling, Thomas added.

Levy said she was glad the Supreme Court agreed that her school went too far.

“I never could have imagined that one simple snap would turn into a Supreme Court case, but I’m proud that my family and I advocated for the rights of millions of public school students,” added Levy, who was represented by the American Civil Liberties Union.

Levy, now an 18-year-old college student studying accounting, had been a member https://www.reuters.com/world/us/cheerleaders-snapchat-profanity-gets-us-supreme-courts-attention-2021-04-23 of the high school’s junior varsity cheerleading squad and tried out near the end of her freshman year for the varsity team. She made her Snapchat post in May 2017, two days after an unsuccessful tryout. She was 14 at the time.

On a Saturday at a Cocoa Hut convenience store in Mahanoy City in Pennsylvania’s coal region, she posted a photo of her and a friend raising their middle fingers, adding a caption using the same curse word four times to voice her displeasure with cheerleading, softball, school and “everything.”

Levy’s photo was visible for 24 hours on Snapchat, along with another post questioning a younger girl’s selection to the varsity squad. Some cheerleaders and students chafed at the posts and the controversy disrupted classes, according to court papers. As punishment, Mahanoy Area High School coaches kicked her off the cheerleading squad for a year.

The court pondered the competing issues of students having freedom of expression, especially political or religious views, and schools having the ability to prevent disruptions in the internet and social media era.

Reggie Shuford, executive director of the ACLU of Pennsylvania, said Wednesday’s ruling “affirmed what we’ve said all along – students have greater free speech rights out of school and on their own time.”

The case focused upon a 1969 Supreme Court precedent in a case known as Tinker v. Des Moines Independent Community School District that let public schools punish student speech when it would “substantially disrupt” a school community. At issue was whether that authority extended beyond the schoolhouse gates.

Levy and her parents sued the district, seeking reinstatement as a cheerleader and a judgment that her First Amendment rights had been violated. A federal judge ordered Levy’s reinstatement, finding that her actions had not been disruptive enough to warrant the punishment.

After the school district appealed, the Philadelphia-based 3rd U.S. Circuit Court of Appeals decided that the 1969 precedent did not apply to off-campus speech and that school officials may not regulate such speech.

The case involved the power of public schools, as governmental institutions, in regulating speech, not private schools.