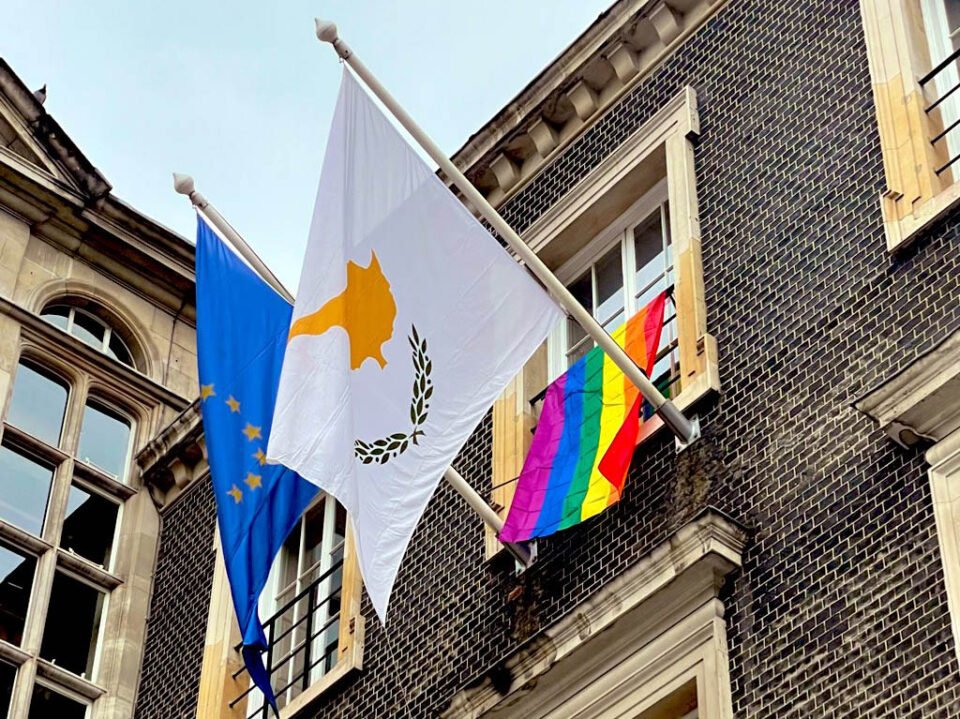 Saying discrimination has no place in the European Union, President Nicos Anastasiades on Thursday expressed support for LGBTI persons after Hungary’s parliament passed a law that would ban homosexual content in material addressed to minors.

Following a bill recently passed by the Hungarian parliament that prohibits the promotion of content on homosexuality or sex reassignment to people under 18, Anastasiades tweeted that “hate, intolerance and discrimination have no place in our Union”.

“That’s why, today and every day, we stand for diversity and equal rights for #LGBTI persons so that our future generations can grow up in a Europe of equality and respect,” the president added.

Hate, intolerance and discrimination have no place in our Union. That’s why, today and every day, we stand for diversity and equal rights for #LGBTI persons so that our future generations can grow up in a Europe of equality and respect. 🏳️‍🌈🇪🇺 🇨🇾

Cyprus was among the 17 EU member states which signed a joint statement initiated by Belgium voicing ‘grave concern’ at the law. Other signatories who vowed to “continue fighting against discrimination towards the LGBTI community” were Germany, France, Spain and Italy, Denmark, Estonia, Finland, Lithuania, Luxembourg and Latvia, Ireland, Netherlands, Greece, Austria and Malta.

The letter, signed during the first day of deliberations of the June summit of EU heads of state or government and addressed to the presidents of the European Commission, Portuguese Council presidency and the European Council, comes ahead of the International LGBT Pride Day on June 28. The signatories write “in the light of threats against fundamental rights and in particular the principle of non-discrimination on grounds of sexual orientation”.

The law has been passed by the Hungary’s parliament but must be endorsed by President Janos Ader to come into effect. Ader is widely expected to sign it.

The president tweeted the above together with 15 other European Heads of State on the occasion of the celebration of the International LGBTI+ Pride Day on June 28, but also “in light of threats against fundamental rights and in particular the principle of non-discrimination on grounds of sexual orientation,” the Cypriot Adviser to the President of the Republic of Cyprus for issues relating to Multiculturalism, Acceptance and Respect to Diversity, Costas Gavrielides told the Cyprus Mail.

“Any laws that criminalise the discussion on LGBTI+ is very harmful to children and particularly LGBTI+ children who feel stigmatised and unable to speak and voice who they are. The state forces in such a way to unwanted hiding to try to protect themselves,” he added.

Gavrielides said that similar clauses with the Hungarian amendments were originally enacted in Cyprus when homosexuality was finally decriminalised back in 1998.

“It took three years to remove these harmful clauses, and this was only achieved again with the assistance of the European Union and the Council of Europe,” he said.

On Wednesday, European Commission President Ursula Von der Leyen said the EC will begin legal proceedings against Hungary and that the responsible commissioners will send a letter about the legal concerns before the bill enters into force.

“The Hungarian bill is a shame,” Von der Leyen told reporters in Brussels. “I will use all the powers of the commission to ensure that the rights of all EU citizens are guaranteed, whoever you are and wherever you live.”

Her statements preceded those of Hungarian Prime Minister Viktor Orban who said the new law “protects the rights of children” and “does not contain any discriminatory elements”.

The law foresees that only individuals and organisations listed in an official register can carry out sex education classes in schools. TV shows and films featuring gay characters, or even a rainbow flag will only be permitted after the watershed according to campaigners who have studied the legislation.

“The Hungarian amendments also violate freedom of expression, by restricting the freedom to have an opinion and the freedom to receive and provide information without interference from any public authority, as enshrined in the Charter of Fundamental Rights of the European Union,” Gavrielides added.

The legislation, presented earlier in June, was mainly focusing on fighting paedophilia, which is why the Director of Amnesty International Hungary, David Vig said that “tagging these amendments to a bill that seeks to crack down on child abuse appears to be a deliberate attempt by the Hungarian government to conflate paedophilia with LGBTI people.”

“This is a blatant form of discrimination based on sexual orientation, gender identity and expression, and has been condemned by 17 members states, as it disregards core values of the European Union – Inclusion, human dignity, and equality,” the president’s advisor said.

Further attention was drawn to the controversial Hungarian law when Europe’s football governing body, UEFA denied a request by Munich to light its stadium in rainbow colours for Wednesday’s Germany-Hungary Euro 2020 match.

But fans waved multi-coloured flags during the group stage match in protest, while several stadiums in Germany were illuminated in rainbow colours to express solidarity to the LGBTI community and protest of the Hungarian law and UEFA’s decision.

UEFA said they denied the request because it was a “politically and religiously neutral organisation”.

Critics have drawn a parallel between the new legislation and Russia’s 2013 law that bans disseminating “propaganda on non-traditional sexual relations” among young Russians.

The passing of the anti-LGBTI law in Hungary has been linked with the upcoming parliamentary elections in Hungary next year and attempts to promote a Christian conservative agenda. Orban has won three successive election landslides since 2010.

The Hungarian constitution suggests that “Hungary protects the right of children to self-identity according to their gender of birth and ensures education in accordance with the values based on Hungary’s constitutional identity and Christian culture.”

Same-sex marriage is not recognised in Hungary and only heterosexual couples can legally adopt children.

Gigafactories for EV batteries to be built in UK