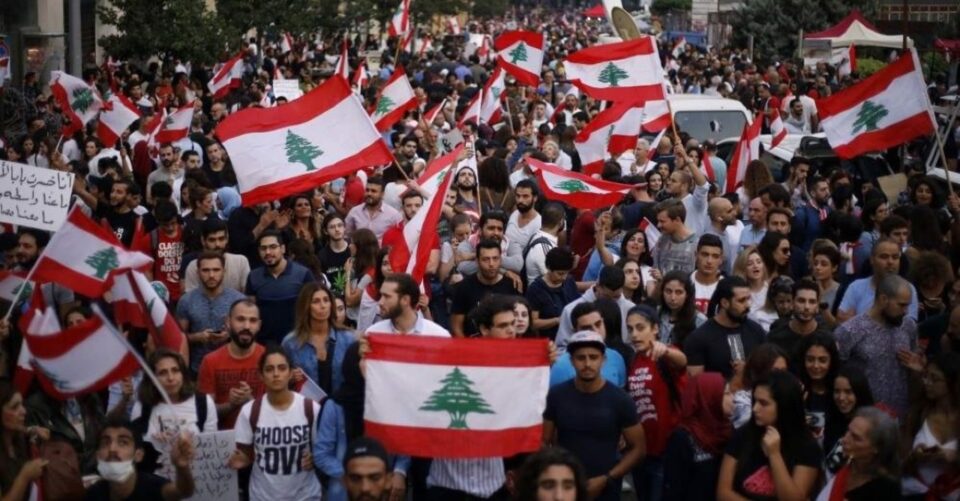 The Kataeb party is trying to unite the opposition around a coherent economic policy.

By George Eid and Andrew Rosenbaum

Lebanon is in desperate need of a viable economic policy.

The Kataeb party is working with other members of the opposition to win the 2022 elections, and to form a technocrat government that donor organisation like the IMF could work with.

“The political system in Lebanon is going on strike against itself while its pillars are fighting among themselves over powers that no longer exist to prove to us who can contribute to our bankruptcy more than the other,” tweeted Samy Gemayel, head of the Kataeb party, last week. “They are not living on the same planet as us.”

Gemayel, along with a number of other members of  the opposition, resigned from parliament last year over corruption and a massive explosion in Beirut.

Resigned Kataeb MP Elias Hankach spoke to the Cyprus Mail about plans to save the country. At the centre of the plan are neutrality – meaning that the country would no longer have any political or ideological affiliations – and decentralization, meaning that decision-making would be shifted to the regions – this would limit corruption.

Hankach believes that the next elections are crucial for any change to happen in the status quo “In the lead up to the next general elections, we are going to present to the people, alongside our allies and partners in change making, a complete vision and a consistent plan for reforming the economy” he insists.

Plan for the economy

Michel Moawad, leader of the Independence Movement which is allied with the Kataeb party, provides details of the economic plan.

“We are very close to reaching a comprehensive agreement that will bring major opposition groups under the umbrella of a uniform programme that touches on reforming Lebanon’s political system and economic model.”

Prioritising Lebanon’s national interests over foreign agendas is key to the stability and prosperity of our country but should go hand in hand with a new economic model that protects our free-market economy and upholds our liberal values while advancing social justice.”

This programme touches on a wide array of reforms, from the introduction of structural economic changes to decentralisation.

“Neutrality would protect Lebanon against foreign meddling in the country’s affairs and, consequently, put an end to domestic infighting over regional or international issues, which would ultimately guarantee local stability,” Gemayal explained.

Decentralisation would bridge the gap between the people and the state, reduce red tape and cronyism, and promote sustainable development, he said.

Gemayel said his party submitted a draft law to this effect in 2014. The subcommittee achieved near consensus on major points such as the adoption of administrative and fiscal decentralisation, he said.

“The proposal could be enacted into law in the very near future if the political will exists,” he added.

Kataeb party and opposition have a chance of success

In the upcoming election in 2022, the opposition parties have a chance of success if they form a united front, according to political analyst Johnny Mnayar, who told the Cyprus Mail: “Kataeb is positioning itself as an alternative choice in the upcoming elections. They need to associate with the independent activists and other independent MP’s in order to build a credible and strong coalition that can beat the current ruling parties.”

The Kataeb party was found in 1936, and it emerged as a Maronite Christian milita in the civil wars.

But, in the 1980s, it was part of the ruling coalition. Then, in 1982, the leader of the “Lebanese Resistance” and president-elect Bachir Gemayel was assassinated by a member of the Syrian Social Nationalist Party. His Brother Amine Gemayel was subsequently elected as President of Lebanon.

The Kataeb were also one of the driving forces in what was called “the Cedar Revolution” in 2005. It got the Syrian troops out of Lebanon ending an occupation that had lasted since the Lebanese Civil war.

In 2006, Kataeb minister Pierre Gemayel was assassinated. The year after the party witnessed the assassination of their MP Antoine Ghanem in a car bomb explosion.

Through all this, the party, has persisted, and increased its support both at home and abroad.

“When the French foreign minister Jean Yves le Drian came to Lebanon last May, he made it clear through his schedule that he did not want to meet any of those who are in power. He opted instead to meet independent activists and Kataeb party leader Samy Gemayel. This sends a strong message,”  Mnayar said.