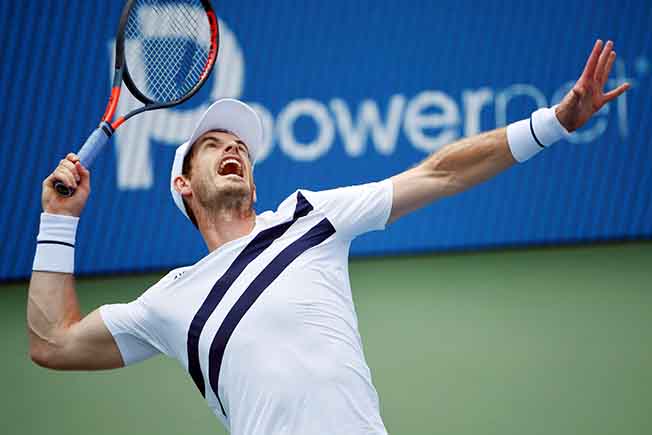 Twice Olympic champion Andy Murray has been named in Britain’s tennis team for the 2020 Olympic Games in Tokyo, the British Olympic Association said on Thursday.

Murray, 34, will compete in the men’s singles alongside Dan Evans and team up with Joe Salisbury in the doubles.

“The Olympics means a huge amount to me, it’s a massive honour to be able to compete at a fourth Games,” Murray said in a statement.

“Leading Team GB out at the Opening Ceremony five years ago in Rio was one of the highlights of my career. Going to a second Olympics as defending champion is exciting and I’m looking forward to the challenge.”

Murray was beaten in straight sets by Taiwan’s Lu Yen-hsun at the Beijing Games in 2008. He claimed his first Olympic gold medal in 2012 in London by beating Roger Federer, weeks after losing to the Swiss in the Wimbledon final.

Murray followed that up by beating Argentina’s Juan Martin del Potro to win gold at the Olympics in Rio in 2016, but his career has been plagued by injuries over the last three years.

The Scot is ranked 119 in the world and has received a wildcard for Wimbledon, which starts on Monday.

Despite Murray’s low ranking, Olympic rules allow him a route to the Games via a quota place reserved for Olympic gold medallists/Grand Slam champions from each participating nation.

Neal Skupski, who will make his Olympic debut alongside Evans and Salisbury, completes the men’s squad, with doubles specialist and Andy’s brother, Jamie Murray, missing out.

Heather Watson, playing in her third Games, and Johanna Konta will compete in the women’s singles and doubles events.

The men’s draw in Tokyo has already been weakened by the withdrawals of Spain’s third-ranked Rafa Nadal, Austria’s world No. 5 Dominic Thiem and Canada’s 12th-ranked Denis Shapovalov.

What is ‘revenge bedtime procrastination’?