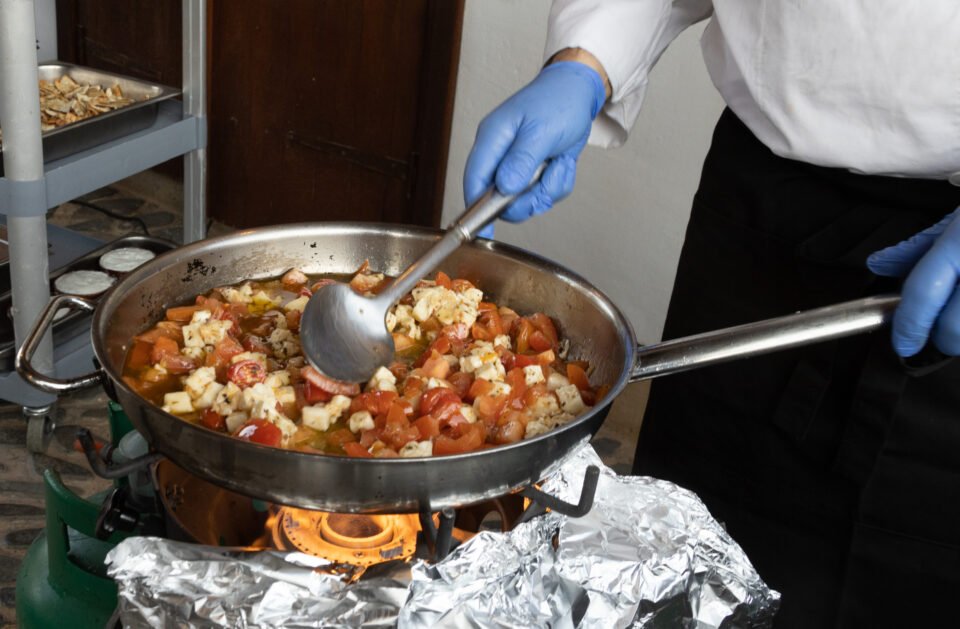 Cyprus traditional products that have secured or are being considered for the EU’s PDO (protected designation of origin) status were in the spotlight on Wednesday evening at a special event organised for the diplomatic community by the foreign and agriculture ministries.

The “Taste of Cyprus” event was held at the environmental education centre at Athalassa where ministers Nikos Christodoulides and Costas Kadis briefed diplomats about efforts underway to protect and promote traditional products.

Guests were given the opportunity to sample halloumi in tomato sauce, halva with rose sweet, Paphos sausage with peppers in a baguette kolokasi (taro) with celery and tomato on a skewer, pourekia (cheese pies) with powdered sugar among other delicacies.

“Our products stand apart because of their long history and tradition, with production techniques passed from generation to generation,” the agriculture minister told assembled guests.

As a small country, Cyprus cannot compete with bigger countries with mass produced products that benefit from economies of scale. That is why it is instead focusing on local products that stand apart because of their identity and quality, he added, noting that these products are protected at EU level under its geographical origin rules.

Kadis presented the agricultural products that have been registered as PDO or PGI (protected geographical origin) and those that were being considered for registration. Special reference was made to halloumi, for years a leading export, which he described as Cyprus’ most important agricultural product, and which recently received PDO registration.

This was a very significant development which will protect halloumi from imitation products and benefit producers from the two communities, Greek and Turkish Cypriots, he added.

For his part, Christodoulides stressed that the foreign ministry’s objective was to promote traditional Cypriot products in third countries. It also worked with the agriculture ministry to inform partners about local products and followed commercial relations and regulations at EU level as regards agricultural products so as to safeguard and promote Cyprus’ interests, he added.

He also highlighted the importance of gastronomy for visitors to Cyprus.