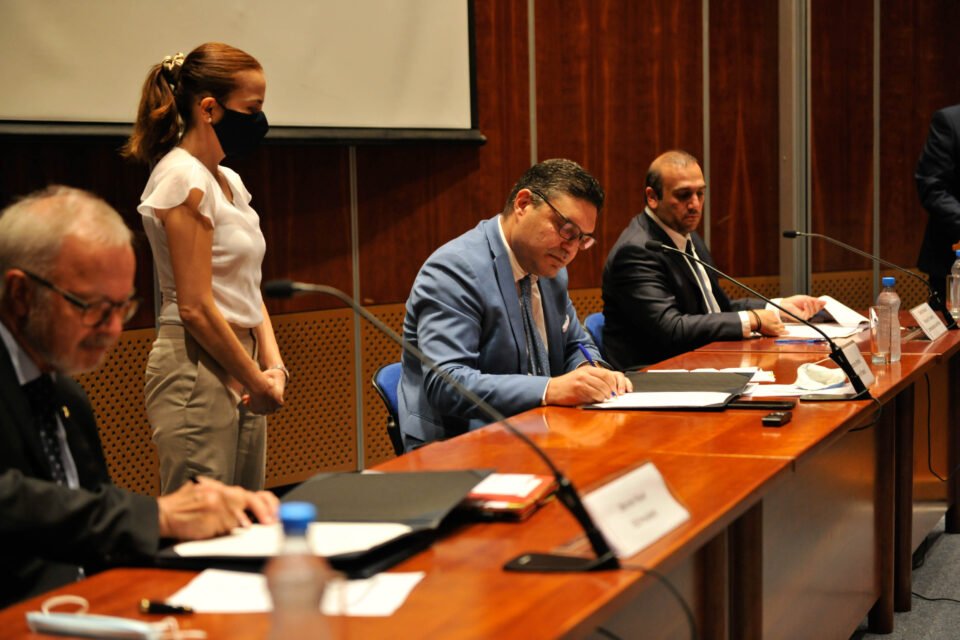 Cyprus and the European Investment Bank (EIB) signed two agreements worth €212m on Friday, earmarked for road infrastructure and assistance to small and medium businesses.

Τhe first one concerns the National Road III project with, which will be financed with €112m to be used for construction and improvement of the road network, and investment in fixed and mobile speed enforcement cameras.

“Today’s Agreement with EIB is of great importance, because the operation is expected to contribute directly to the local and wider economy mainly through time savings for transport users and vehicle operating costs, improved reliability and safety, and also wider impacts on productivity, employment and induced investment,” Finance Minister Constantinos Petrides said. “It is also very encouraging that the weighted average of the economic rate of return on the main road projects was estimated at nearly 12 per cent while all individual project components yield an economic rate of return above 7 per cent, indicating expected economic growth and a good social return on investment.”

The second agreement for €100m concerned funding of SMEs through the existing Cyprus Entrepreneurship Fund (Cypef).

This scheme, which came into force in 2014, was one of the most important tools for the state in its effort to restart the economy after the 2013 crisis, when the banking system was facing serious liquidity problems.

Through Cypef, loans with very favourable terms, such as low interest rate, long repayment periods and grace periods, will be granted to eligible beneficiaries.

Cypef products will be available through financial intermediaries that will be selected at a later stage by the fund manager.

The participating banks will co-finance 50 per cent of each loan, resulting to a higher Cypef portfolio. Through CYPEF, a total of €800m in liquidity could be channelled into the economy.

Seven things that eyes can reveal about blood sugars

Germany passes law to give descendants of Nazi-era refugees citizenship