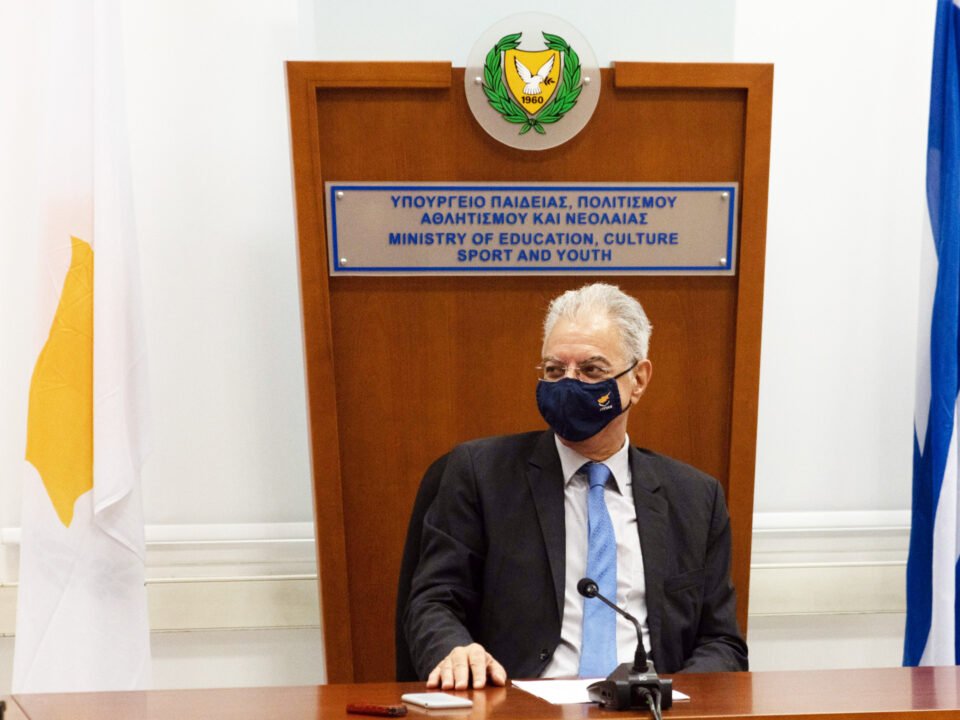 Education minister Prodromos Prodromou on Monday said that the Pancyprian examination results were not as bad as had been expected, with results for core subjects for the 7,155 candidates just grazing the average.

“Results show that thanks to their hard work, our candidates’ performance was not nearly as affected by the pandemic as anyone could have imagined, or expected,” he said.

Data published by the ministry shows that on average, candidates scored 10.2 out of 20 in modern Greek, just over 9 in advanced mathematics and slightly higher in standard mathematics, while average scores for English language came to 14.

This year’s results are similar to those recorded on other years.

“And this should be seen as positive, considering schools and examinations operated under pandemic conditions,” the minister said.

He also gave special thanks to the Examination Service and the medical professionals who gave all candidates the chance to take their exams by setting up special examination centres for Covid-19 cases, contacts and those who did not present a negative coronavirus test.

Over 25 per cent of candidates got top marks for English, 15.6 per cent for biology, and 21 per cent for chemistry. History and economics candidates fared the worst, recording averages of 7.4 and 7.9 out of 20.

In economics, only 8.7 per cent of candidates scored above 18 while only one candidate out of the 1,126 who took a history exam managed to get the highest mark, with nearly 70 per cent of the rest scoring below average.

Prodromou pointed out that despite some successes, around a third or even half of candidates scored below average on almost every subject.

“These scores should trouble us but not because of the numbers,”  Prodromou said. “They should make us question whether a significant number of students are on courses they do not benefit from, especially those graduating technical schools, who fared the worst.

“The pandemic doesn’t seem to have affected exam scores,” even if most of the material was delivered online, he said.

“Results are satisfactory, simply because this year’s overall image is similar to what we have seen two, tree, and four years ago”.

Djokovic given scare by British teen before cruising through

Board beyond belief: the world’s most extravagant Monopoly set