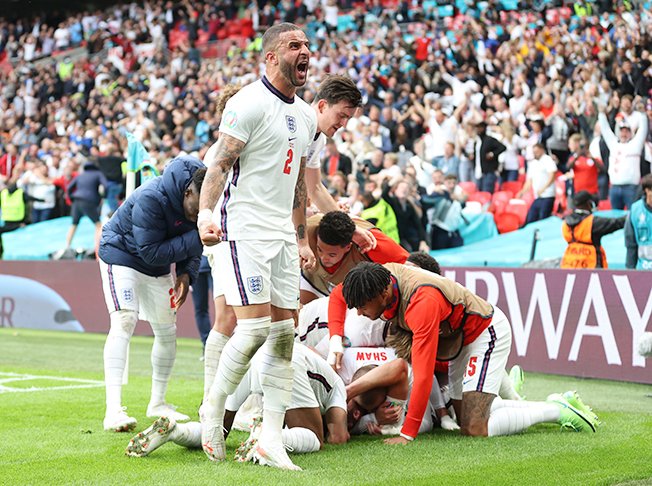 The world has changed since the Russia 2018 World Cup, due to Covid-19. Only five months ago, the scenes now being witnessed in the stands in Budapest or in Bucharest, with thousands of people packed in to cheer on the games, were unthinkable.
The pandemic has made us look at crowds with suspicion and apprehension and a pan-European tournament during the Covid-19 era might not strike as the best of ideas.
However, the truth is that football is not the same sport without fans. Matches actually worth watching in the past 18 months can be counted on one hand, but the Euros have already provided us with some games that will remain etched in our memories for a very long time.
Everyone likes an upset, except for the losing teams, and we have already witnessed some stunners. From the notorious ‘Group of Death”, which included World Cup winners France, perennial powerhouse Germany, Cristiano Ronaldo’s defending champions Portugal and apparent minnows Hungary, none survived, which goes to prove that in football, as in life, nothing can be taken for granted.
Les Bleus are out of the tournament because of their ill-conceived cockiness. Lauded as the best team at the Euros, they relied on their star players to bail them out of difficult situations but failed to become a real collective.
Germany are at a crossroads – too old to be fresh, too young to be consistent. They will be back, but they need to turn a page. Portugal will be back as well, but they will need to solve the Ronaldo conundrum before Qatar 2022. They might actually be a better team without their ageing superstar, but his hunt for records is far from over.
Onto the surviving sides. Fifa’s No.1 ranked team Belgium seem to be the favourites now. They have some of the best players as well as the most experience. However, without the injured duo of Kevin De Bruyne and Eden Hazard, their quarter-final against Italy is too close to call.
Speaking of Italy, nobody expected to have fun watching the Azzurri, a team historically focused on results, rather than flair. Coach Roberto Mancini is proving that beauty and effectiveness can go hand-in-hand.
England’s victory against arch-rivals Germany is huge, but for their sake, Gareth Southgate’s Three Lions need to forget about it quickly and focus on their last-eight clash against Ukraine if they want football to come home. Cockiness, the same sin that killed France, is just around the corner.

Spain can be both jaw-dropping and bland, sometimes even in the same game. They can be the dark horses. And, speaking of surprises, don’t sleep on Denmark. Christian Eriksen’s cardiac arrest during their first game first shocked and then pushed the team. The Danes know how to do it. Remember 1992?

Cyprus in EU top three for social media use