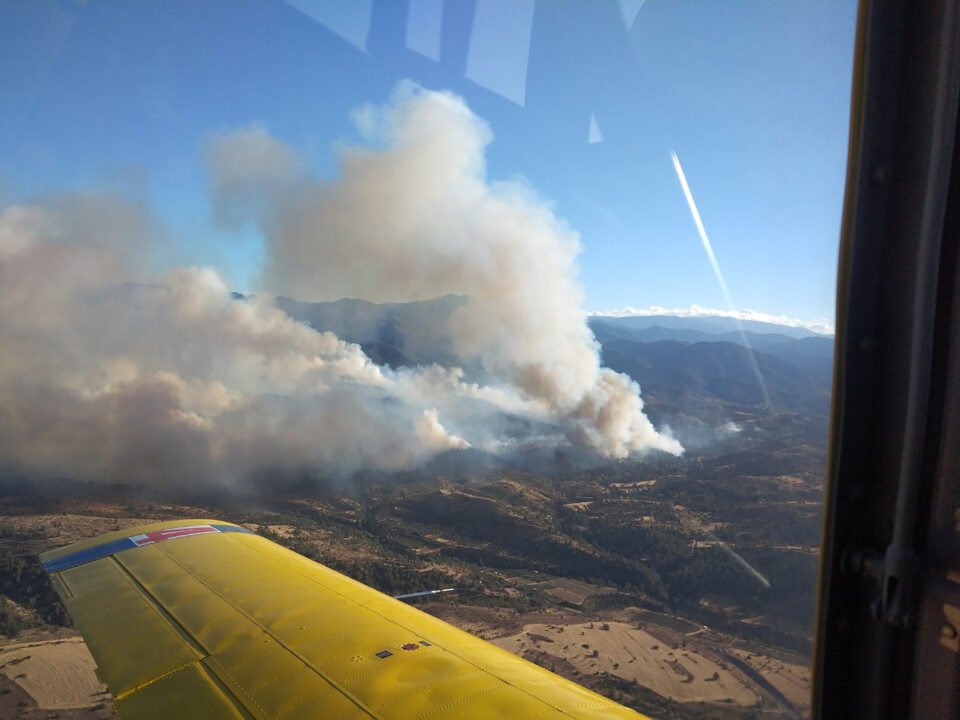 Firefighting crews and four aircraft were called in on Friday morning to tackle a blaze between the villages of Fasoula and Palodia in Limassol district.

According to fire service spokesman Andreas Kettis, authorities were alerted at around 10.36am.

Five fire engines were dispatched in the area by the fire service as well as three vehicles by the forestry department.

Two firefighting helicopters and two airplanes were also sent in to help.

Earlier on Friday, the fire services said they had managed to contain a fire near Avdimou, also in the Limassol district, after battling the flames overnight.