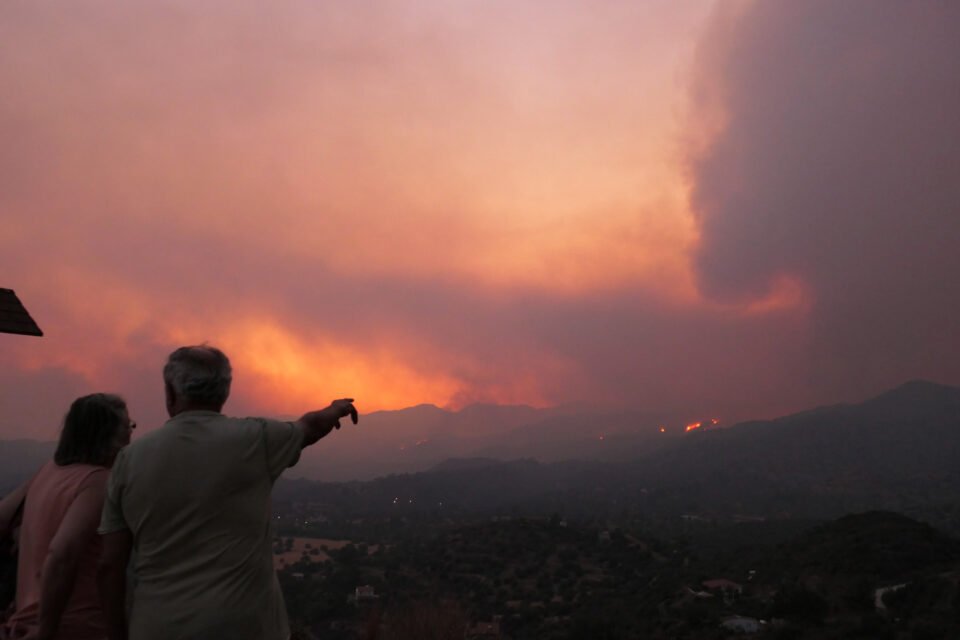 Agriculture Minister Costas Kadis said on Thursday the response to the deadly fire over the weekend had been immediate, with authorities using all available means to bring it under control.

Kadis and Interior Minister Nicos Nouris appeared before parliament on Thursday to brief MPs about the fire, which killed four people and destroyed homes, businesses, and forest in an area spanning 55 square kilometres.

Kadis said the first notification was received at 1.46pm on Saturday and the first aircraft dropped water 10 minutes later. Ground personnel arrived at the scene four minutes after that.

At 3.50pm, Cyprus asked for assistance from the EU and Israel, MPs heard.

By 4pm, all ministers were at the coordination centre in Athalassa, which later moved to Vavatsinia, close to the front.

Kadis said it was an exceptional feat that the fire, which had been spreading by 10 square kilometres per hour, had been brought under partial control by Sunday morning.

On Saturday, priority had been given to the villages and to prevent the flames from reaching the Macheras forest.

One front had been approaching Macheras on Sunday, but firefighters managed to control it and eventually put it out, he said.

Of the day after, Kadis said farmers will be given between €10,000 and €30,000 in assistance, for a total of €3m. The assistance will cover staff wages and social insurance contributions.

Nouris said they had been given the green light to start recording the damage at 3pm on Sunday and an hour later crews were being organised. The Limassol district administration had completed the inspections by Sunday evening while Larnaca, which was hit harder, submitted its assessment on Tuesday morning.

The minister said those who suffered damage worth up to €10,000 made up 30 per cent of the total and they stood to be fully reimbursed.

Nouris said the government wanted to overcome two problems, that of building code irregularities and bureaucracy.

The aim he said was not to ignore irregularities but to resolve the issue of illegal structures.

Those with homes or businesses that have all the permits will receive full assistance without any red tape.

Owners of buildings that had no permits should submit applications that will be examined swiftly so that a permit is issued within 10 to 20 days. If they secure a permit, they also stand to receive the full assistance.

Applicants will receive 50 per cent of the assistance when they submit their application, and the remainder will be paid when they present proof that 50 per cent of restoration work has been completed.

None of those stricken by the fire will have to put up any money, the minister said.

If a structure cannot be issued a permit because the violations are too many, the owners will be asked to go before the derogations review board and receive 30 per cent of the help, which they will not have to return.

If the board rejects them and they decide to rebuild at a different location where it will be legal, then the remaining 70 per cent will be granted.

Of holiday homes, the minister said that despite the policy being not to compensate for any damage, the government has decided to cover 50 per cent of the estimated restoration cost.

As regards vehicles, the criteria set by the government provide compensation up to 50 per cent of the estimated damage with a ceiling of €5,000.

The government will also pay a maximum €10,000 for work vehicles, unless their owners opt to wait for the agriculture ministry, which will possibly pay more if they were used in farming.

Coronavirus: SafePass needed by over 12s to use Nicosia municipal pool