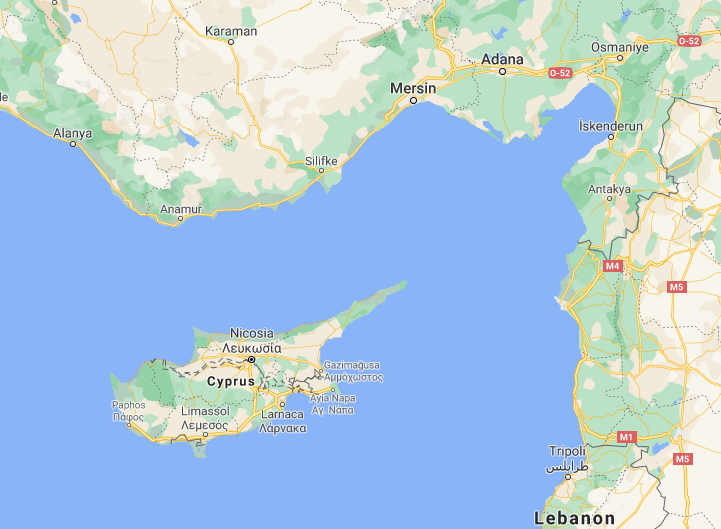 Silifke, in the Mersin province, is north of Cyprus

Turkey’s state-owned energy company TPAO has applied for a licence to explore for crude oil in the eastern Mediterranean, the Turkish Energy Ministry said in a statement in the country’s Official Gazette on Friday.

According to a Turkish map database, the three areas where TPAO plans to carry out the exploration are in Turkish territorial waters off the coast of Silifke in Mersin province.

President Tayyip Erdogan said last week Turkey would carry on exploring for oil and gas in the eastern Mediterranean in comments that may revive tensions with the European Union and Greece amid attempts to repair their frayed ties.

Turkey is at odds with EU members Greece and Cyprus over energy resources and jurisdiction in the region, and tensions flared last year when Turkish and Greek navy frigates escorted vessels exploring for hydrocarbons.