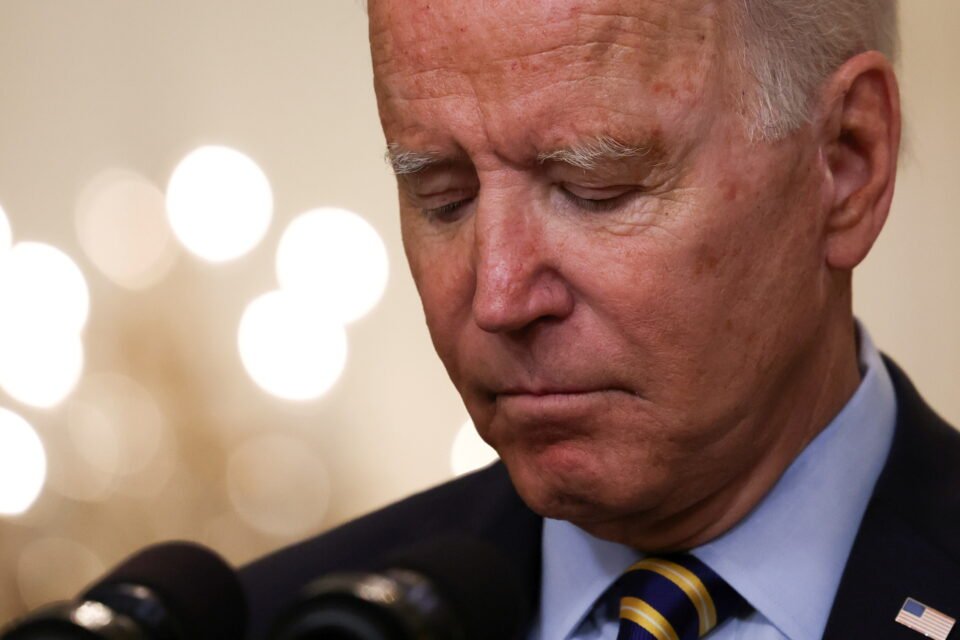 President Joe Biden’s frustrations with Afghanistan boiled over more than a decade ago, and they never again eased.

On a trip to Kabul in January 2009, shortly before he was sworn in as vice president, Biden warned Afghanistan’s then-President Hamid Karzai at a dinner that he could lose Washington’s support unless he started governing for all Afghans, hinting at corruption allegations targeting Karzai’s brother.

Karzai shot back that the United States was indifferent to the deaths of Afghan civilians.

As the dispute went on, Biden threw down his napkin and the dinner ended abruptly, according to several people in attendance.

Biden had previously supported strong military and humanitarian efforts to rebuild Afghanistan after the United States toppled the Islamist militant Taliban government in retaliation for its aiding al Qaeda leader Osama bin Laden, the mastermind of the Sept. 11, 2001, attacks on the United States.

But the clash with Karzai and the rest of a discomforting trip left Biden filled with a sense that Afghanistan’s war was ensnaring Washington and could be unwinnable.

He returned to Washington with a stern warning to President-elect Barack Obama: Now is not the time to put more troops in Afghanistan.

“It wasn’t simply impatience,” said Jonah Blank, a longtime former Biden aide who was with him on the 2009 trip. “Year after year, his optimism started to drain away.”

Biden lost that policy dispute as Obama eventually ordered a surge of new troops into Afghanistan and extended the war through his term in office, which ended in 2017.

But Biden is now in charge at the White House and he is overseeing a near-total troop withdrawal despite the objections of some military experts, Democratic and Republican lawmakers and humanitarian officials.

Biden’s Republican predecessor, Donald Trump, struck a deal with the Taliban under which all US troops would leave by May of this year. Sources say Biden worried that reneging on that deal would court further attacks on US troops and extend the war.

Biden acknowledged on Thursday that a new civil war could erupt in Afghanistan, but reiterated his commitment to pulling out US troops. While the United States will maintain diplomatic and humanitarian support for Afghans, Biden said their future was up to them.

It was the Democratic president’s most public effort yet to reassure Americans on the Afghanistan strategy as the Taliban takes over swaths of a country at the precipice of chaos.

“I made the decision with clear eyes,” Biden said. “I will not send another generation of Americans to war in Afghanistan with no reasonable expectation of achieving a different outcome.”

About 2,400 US service members have been killed in America’s longest war – and many thousands more wounded.

A majority of Americans support Biden’s decision to move troops out of Afghanistan, according to an Ipsos poll from April, but only 28 per cent of respondents agreed the United States accomplished its goals in Afghanistan.

Critics, including some US government officials, warn the withdrawal is occurring without guarantees that the Taliban will participate in a peace process or democratic elections, or cut ties with al Qaeda.

The Pentagon says the withdrawal of US forces is 90 per cent complete, and the Taliban has launched an offensive taking areas where it had once been kept at bay. On Thursday, it captured a major border crossing with Iran.

Republican Senator Lindsey Graham, who accompanied Biden on the 2009 Afghanistan trip, said this week that al Qaeda could re-emerge in Afghanistan and lay the groundwork for another attack on the United States. “It is not in America’s national security interest for the Taliban to take over Afghanistan.”

Senator Jeanne Shaheen, a Democrat, said she is “deeply concerned” by conditions in Afghanistan.

The decision to leave was not easy, but current and former aides said Biden’s concerns about getting bogged down in Afghanistan began in the final stages of the George W Bush administration and crystalised over the years.

The 2009 trip persuaded him that the policy was failing.

“What he saw and heard on the trip,” Obama wrote in his 2020 memoir, “A Promised Land,” “convinced him that we needed to rethink our entire approach” and that Afghanistan was a “dangerous quagmire”.

Biden was sometimes the only senior White House official opposing troop surges to back the counterinsurgency strategy.

Yet the years that passed only sharpened Biden’s concerns and those of close aides, including Secretary of State Antony Blinken.

The 2011 killing of bin Laden, in a US raid that Biden was sceptical of in neighbouring Pakistan, was a major accomplishment for Obama. But it also removed another reason for the United States to maintain a strong presence in the region.

“Biden argued throughout the process, and would continue to argue, that the war was politically unsustainable at home,” Robert Gates, a defence secretary under Obama who clashed with Biden, said in a 2014 memoir.

Biden’s administration hopes it can maintain some leverage over the Taliban in US-backed peace talks with threats to withhold financial assistance that the poor, landlocked country needs.

Yet the swift exit risks giving the Taliban free rein. Blinken told Reuters during the 2020 presidential campaign that Trump’s mistake was agreeing to leave Afghanistan while extracting nothing in return from the Taliban.

“We better make sure that we say we’re drawing down but in exchange for actions from the Taliban that we’re seeking as opposed to pulling out for nothing in return.”

A bipartisan group of lawmakers and aid groups share the concern that Biden’s own approach now is insufficient.

“Every time I’ve asked the administration for their plan on any of these issues, I’m told: ‘It’s coming,'” said Republican Representative Mike Rogers, his party’s senior member on the House Armed Services Committee. “These poor decisions, I’m afraid, will require our return to Afghanistan in the near future.”