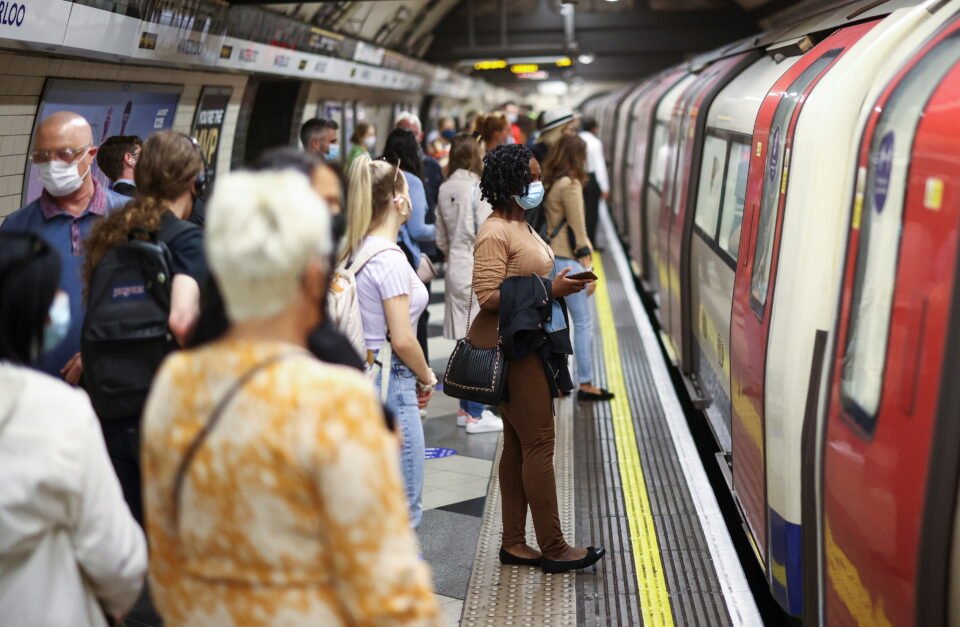 Most people do not mind wearing a mask on trains and the underground and buses and supermarkets in UK, although it is uncomfortable outdoors in the heat of Cyprus in the summer.

The public welcomes the fact that it has been made compulsory and that compliance is enforced by the state rather than left to people’s sense of responsibility. Not wearing a mask in enclosed public spaces mid pandemic is anti-social, and experience has shown that rules against anti-social behaviour are best enforced by the state rather than the individual.

Covid-19 has become more lethal and more transmissible and if its variants are not contained by the requirement for everyone to wear a mask in closed settings, the virus will mutate and regenerate.

There are very good arguments for lifting other Covid limitations that impinge on the economy apart from mask wearing.  As the British prime minister put it: if not now, then when would be an auspicious time to return to normality? It is summer and people spend a lot more time alfresco and schools are shut, and people are away and more than half the population has been vaccinated. Now is the right time to shift the responsibility of protecting the public from the state to the individual he said.

Although the prime minister’s arguments are sound, there is one limitation the public does not want to be liberated from –  the obligation to mask-up in enclosed public places that people need to access daily. The government has no right to impose mask liberation on the public in such settings, let alone for harsh libertarian reasons.

Polling suggests that a good majority of the population wish the state to enforce compliance where appropriate by the simple expedient of a civil fine imposed judiciously.

There is no public clamour for return to normality if it means transferring responsibility for wearing masks from the state to the individual citizen. When a more virulent variant is on the loose, there is nothing normal about travelling on the underground or on the buses or going shopping in supermarkets without a mask.

For most people masking-up has become as normal as wrapping up warm when it is cold, wearing a raincoat in the rain, or a hat when out in the midday sun.

But as the government is ideologically committed to libertarianism about mask wearing it can and should be challenged in the courts on the ground that lifting the requirement to mask-up during a surge in infections, currently running at 32,000 a day, would be a breach of the state’s obligation to protect everyone’s right to life.

The obligation is clear: where there is a real risk to life the state has a legal obligation to take measures that are necessary and sufficient to protect the public. The law that made wearing of masks compulsory was necessary and proportionate to protect life, and as it is at such little inconvenience to the public it would be wrong to lift the obligation when the pandemic is rampant.

It looks as though the government believes an infection rate of 100,000 a day is sustainable because those likely to be worst affected are immunised and the rest would only suffer mild symptoms if they catch the virus. The idea is a repeat of the herd immunity solution first broached by the government as the pandemic struck in March 2020. In a nutshell the plan is to let the Covid delta variant rip because come the autumn and winter most people will have been vaccinated or immunised from having had the virus.

The government euphemistically calls this learning to live with the virus, and most people would probably agree that the government has to strike a balance between competing public policy considerations such as the economy and mental health against protecting public from Covid. But lifting the legal requirement to wear a mask in enclosed public areas would kill people intentionally as part of what in truth is experimental modelling rather than striking a balance between competing choices.

Bus drivers are likely victims. Every bus driver knows that a significant number of his colleagues died of Covid because the nature of driving a bus means daily exposure to the virus from which compulsory mask wearing by passengers provides considerable protection. The mental anguish bus drivers would suffer daily if it were left to individuals to decide whether to wear a mask is palpable when you consider the government appears to accept an infection rate of a 100,000 a day.

Legal action to prevent the government from introducing secondary legislation to make mask-wearing on buses and other enclosed spaces optional has a reasonable chance of success. The government’s proposal would not just be in breach of human rights it is also irrational since no reasonable health minister, let alone one like Sajid Javid whose father was a London bus driver, would abolish the obligation to wear a mask on London buses in the middle of a killer pandemic that has already killed 60 bus drivers.