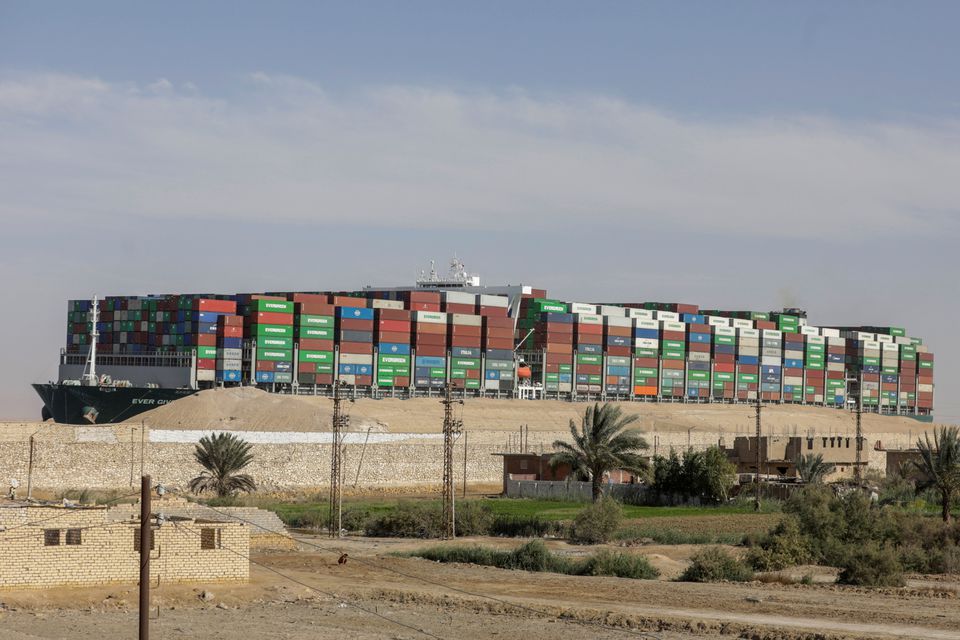 Egypt’s Suez Canal revenue rose to a record $5.84 billion in its 2020-21 financial year (July-June), up from $5.72 bln in the previous year, the Suez Canal Authority said on Sunday.

The Authority also said the canal’s revenues in the first six months of this year increased to about $3 billion compared with $2.76 billion in the same period last year, despite the grounding incident of container ship Ever Given in March.

The Ever Given blocked the canal for six days in March and disrupted world trade. It was allowed to leave the canal earlier this month after the Authority reached a settlement with its owner and insurers.

A lawsuit filed by the Authority for compensation before an Egyptian court was called off on Sunday after the settlement, judicial sources said.

The number of ships that passed through the Suez Canal increased in the first half of 2021 to 9,763 vessels compared with 9,546 ships during the same period last year, the canal authority said.

About 15 per cent of world shipping traffic passes through the Suez Canal, the shortest shipping route between Europe and Asia. It is an important source of foreign currency for Egypt.

In the wake of the Ever Given’s grounding, the canal authority has accelerated a plan to widen and deepen the southernmost section of the canal, where the grounding took place, and to extend a second lane further north that was built in a 2015 expansion.