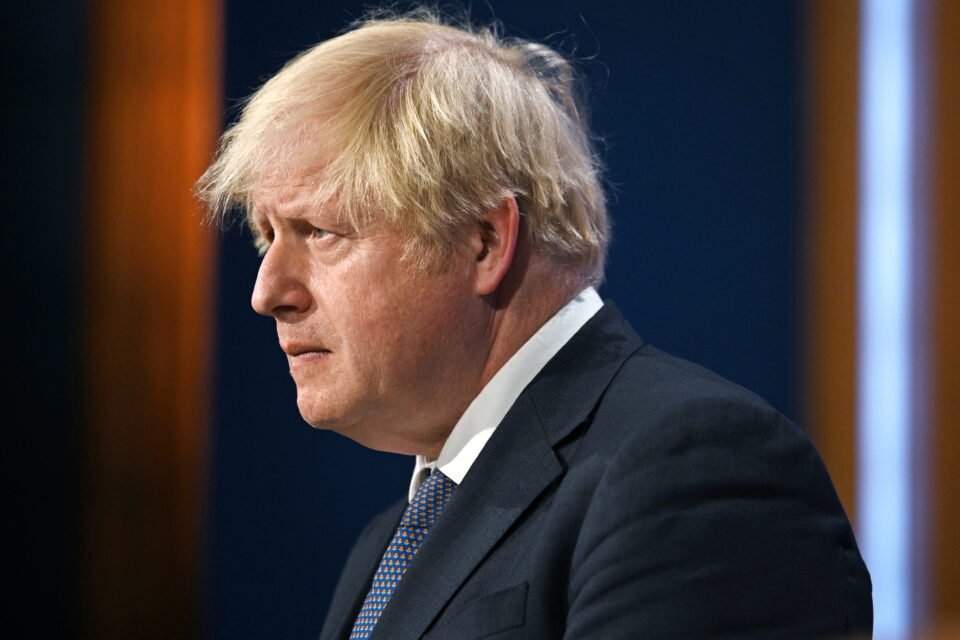 British Prime Minister Boris Johnson will tell social media companies on Tuesday to do more to tackle online abuse, condemning racist comments made against England soccer players as coming from “the dark spaces of the internet”.

Johnson’s government has come under fire by some players and commentators, who say the Conservative prime minister and some of his top team have fanned the flames of prejudice in ways that encouraged online abuse of three Black players on the team.

But Johnson’s spokesman said the prime minister had urged people to support the team and not boo them for taking the knee – a protest first made by American football quarterback Colin Kaepernick and followed by the Black Lives Matter movement.

“He said the abuse was utterly disgraceful and had emerged from the dark spaces of the internet,” the spokesman said, describing an earlier meeting between Johnson and his cabinet team of top ministers.

“He said he would use today’s meeting with social media firms to reiterate the urgent need for action ahead of tougher laws coming into force through the online harms bill,” the spokesman told journalists.

Some England fans booed the taking-the-knee gesture, with critics viewing it as a politicisation of sport and expression of sympathy with far-left politics; interior minister Priti Patel rejected it as “gesture politics”.

Some government ministers have drawn accusations from the football world and opposition leaders of hypocrisy for refusing to criticise those who booed and using it as part of a wider “culture war” – a rift between those wanting to protect Britain’s heritage from a “woke” youth, who see their elders as blocking moves to end racial and social injustice.

After England’s loss to Italy in the Euros final match on Sunday, Marcus Rashford, 23, Jadon Sancho, 21, and Bukayo Saka, 19, were the targets of abuse after they missed spot-kicks in a penalty shootout.

The government condemned the abuse but looked set to try to turn attention to social media companies, which have long been pressed by campaigners to better regulate what is published on their sites.

“We expect social media companies to do everything they can to identify these people,” Johnson’s spokesman said.

After Tuesday’s meeting, Twitter said: “There is always more to do and we are committed to working together with the government, industry partners and civil society in building a safer internet for all.”

The issue of online abuse of players led to British soccer authorities briefly boycotting social media platforms before the European tournament, while Britain is planning legislation to force tech firms to do more.

But amidst the abuse, there has been an outpouring of support for the three targeted players.

England soccer fans stepped up to defend Rashford by covering the racist abuse scrawled on a mural to the Black player in his hometown with messages of love and support for a “hero” who they said was a national role model.

Gary Neville, a former England team star and now TV football pundit, said Johnson and some in his government had made remarks that effectively promoted racist behaviour and division.

“When we get racist abuse after a football match at the end of a tournament, I expect it, unfortunately, because it exists, and it’s actually promoted by the prime minister, who called (burka-clad) Muslim women letterboxes, said they look like letterboxes…,” Neville said, referring to a 2018 newspaper column by Johnson when he was a lawmaker.

“The prime minister said it was OK for the population of this country to boo those players who were trying to promote equality and defend against racism. It starts at the very top.”