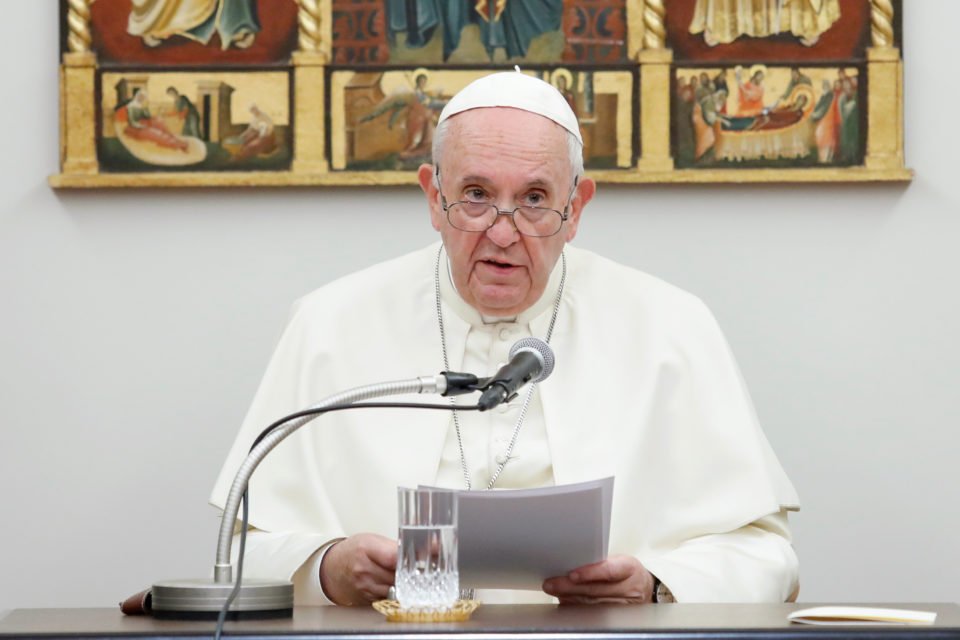 Pope Francis returned to the Vatican on Wednesday, 11 days after surgery to remove part of his colon, starting a period of near-total rest and rehabilitation expected to last at least two weeks.

The 84-year-old pontiff left Rome’s Gemelli hospital unannounced, leaving by a side door and travelling through Rome in a simple blue car with a small retinue of Vatican and Italian security.

Photographers saw the pope leave the hospital in the car with darkened windows after staff had put a wheelchair in the trunk of a secondary vehicle.

The Vatican did not officially announce that he had been discharged until he was back in the Vatican.

When the pope entered the hospital in Rome’s northern outskirts on July 4, the Vatican announced it after he had been admitted.

From the hospital, Francis first stopped to pray at the Rome Basilica of Santa Maria Maggiore. Francis normally does this at the end of each foreign trip to give thanks to the Madonna.

Once at the Vatican’s Perugino Gate, the closest to his residence in the Santa Marta guest house, the pope got out of his car and stood to thank his Italian police escort while still on Italian territory.

He then got back into the front seat of the car and entered the Vatican, a tiny sovereign city-state surrounded by Rome.

He appeared to be in good overall condition.

Francis made only one public appearance during his hospital stay in a 10th floor suite reserved for popes in the Catholic-run hospital.

On Sunday, he stood unassisted for about 10 minutes while speaking from a balcony for his regular Sunday prayer and message.

The Vatican said the pope suffered from a severe case of symptomatic diverticular stenosis of the colon, a condition in which sac-like pouches protrude from the muscular layer of the colon, leading it to become narrow.

The condition, more common in older people, can lead to pain, bloating, inflammation and difficulty in bowel movement. It was the first time Francis has been hospitalised since his election as pope in 2013.

Francis timed the surgery to coincide with the month of July, when he traditionally stays in the Vatican but has no other commitments apart from the Sunday prayer. He is scheduled to resume public and private audience on Aug. 4.

The Vatican is proceeding with plans for a papal trip to Slovakia and the Hungarian capital Budapest in mid-September.

Scotland’s bishops announced on Monday that the pope will attend the United Nations Climate Change Conference (COP26) in Glasgow in November, health permitting. He is also expected to visit Malta and Cyprus later the same month.

Doom river: what it takes to survive whitewater raft flips