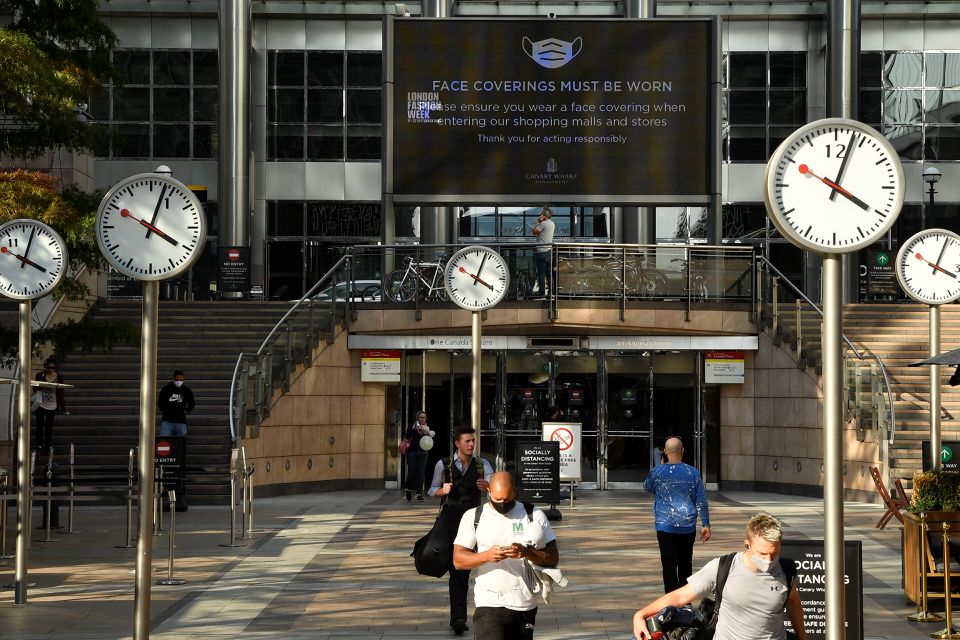 The number of employees on British company payrolls surged in June by the most since the start of the coronavirus pandemic, according to data which painted a picture of a roaring jobs market and growing inflationary pressure from rising wages.

A day after a top Bank of England official said the time for the BoE to think about taking action on inflation might be approaching sooner than he had expected, tax data showed a 356,000 leap in employment in June from May.

The increase was driven by 94,000 more accommodation and food jobs, which were hit by lockdowns that have now been largely lifted, and a 72,000 rise in jobs in administration and support services, including temporary staff at recruitment agencies.

But the ONS said the population estimates used to calculate the unemployment rate had changed and the figure for the three months to April would have been 4.8 per cent under the new system.

Britain’s labour market has been propped up by finance minister Rishi Sunak’s job subsidies which paid the wages on 8.9 million jobs at its peak in May 2020, during the first COVID-19 lockdown, and supported 2.4 million jobs at the end of May 2021.

The scheme is being phased out by the end of September which could push unemployment back up.

“We anticipate the unemployment rate to rise to around 5.5 per cent in winter this year as the furlough scheme ends, with around one in 10 furloughed workers potentially unable to return to their original job,” Yael Selfin, chief economist at KPMG UK, said.

RECORD GROWTH IN PAY AND VACANCIES

Thursday’s figures showed the fastest headline wage growth in the year to May since records began in 2000, although the comparisons have been skewed by greater job losses among low-paid workers and comparison with depressed wages a year ago.

Average weekly earnings in the three months to the end of May rose by 7.3 per cent compared with a year earlier.

The pick-up in hiring and in pay added to signs of how fast Britain’s economy is bouncing back from its nearly 10 per cent crash last year when it was hit by one of the world’s heaviest COVID death tolls and long lockdowns.

The number of job vacancies in the three months to June rose by 241,000 to 862,000, the biggest quarterly increase since records began in 2001 and just short of the record-high total number of vacancies seen in late 2018.

BoE Deputy Governor Dave Ramsden said on Wednesday that the conditions set by the central bank for any tightening of monetary policy might be approaching.

Data earlier that day showed inflation hit 2.5 per cent in May due to higher oil prices and bottlenecks as the economy reopened – a sharper rise than the BoE had been forecasting.

Ramsden said British inflation might rise as high as 4 per cent “for a period later this year” – double the BoE’s target – and the factors driving it up might take some time to ease off.

On Thursday, financial markets were pricing in a first rise in BoE interest rates to 0.25 per cent by August 2022, little changed from Wednesday.

Ruth Gregory, an economist with Capital Economics, said the labour market was well on its way to recovery but revisions to past figures, including lower employment than previously reported, suggested it could still absorb inflation pressure.

“While there is growing evidence that firms are finding it more difficult to hire workers, we suspect that most of these labour shortages will prove temporary and that they will be confined to a few sectors,” she said.