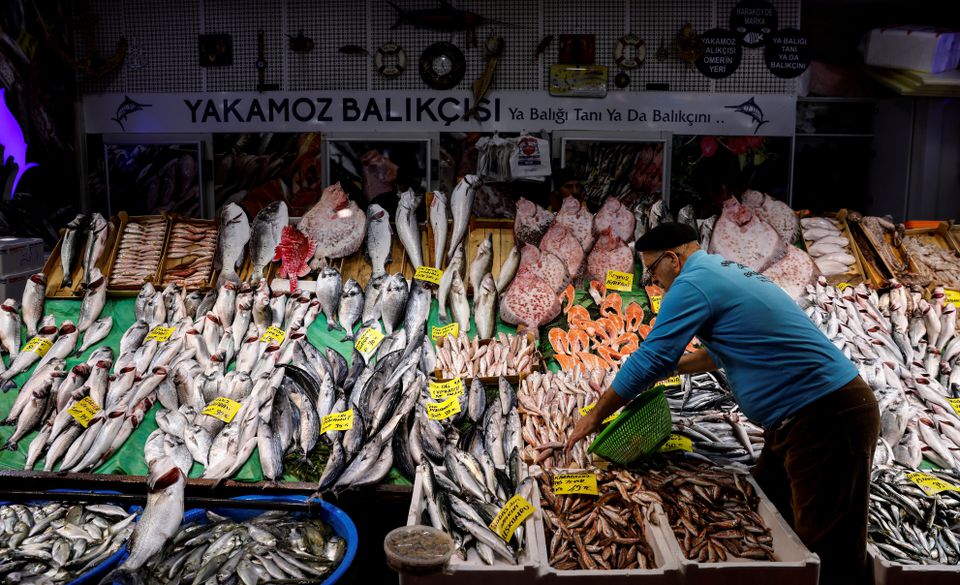 Five years after President Tayyip Erdogan saw off a coup, his chances of extending his rule into a third decade may depend on whether he can reverse an economic decline that has seen Turks’ prosperity, equality and employment fall since 2013.

Erdogan faces elections in 2023 – the Turkish Republic’s centenary. Polls suggest his support has slipped following a currency crisis, a sharp recession and the coronavirus pandemic in the last three years.

Some show the ruling coalition trailing an informal opposition alliance, even as Erdogan’s AK Party (AKP) remains popular, with a strong base among rural and working class conservatives.

This year, economic growth has shot back up after Turkey was one of only a few countries to avoid a contraction in 2020. But the damage of recent years has included a return to inflation of 20 per cent or more on food and other basic goods.

“If you look at President Erdogan’s polling ratings together with a difficult economic backdrop, it’s quite hard to really imagine the conditions over the next 12 months for them to think an election looks favourable,” said Douglas Winslow, Fitch Ratings’ director of European sovereigns.

And a Gini index of income and wealth distribution shows inequality has risen since 2011 and accelerated since 2013, wiping out big gains made in 2006-2010, during Erdogan’s first decade in charge.

A DECADE OF PROSPERITY

Modern Turkey’s longest-serving leader, Erdogan’s infant AKP won power in 2002 following the worst slump since the 1970s on a promise to break with the mismanagement and recessions that had long frustrated Turks anxious for a better life.

Then-prime minister Erdogan leveraged the economic rebound and a diplomatic pivot to the West to bring about a decade of prosperity.

Poverty and unemployment plunged. Inflation that was in triple digits a decade earlier touched 5 per cent, boosting the Turkish lira’s appeal for locals and foreigners.

A Reuters analysis shows that year marked a turning point for per capita GDP, unemployment and other measures of economic well-being.

The year 2013 was also the high water mark for foreign investment, according to official bond holdings statistics and Turkey Data Monitor. The value of the lira has since plunged, sapping Turks’ global purchasing power.

Erdogan shocked many when his government quashed the 2013 protests that began in Istanbul’s Gezi Park.

The crackdown “crystallized the AKP as the new establishment and showed the popular tide was turning against them,” said Ates Altinordu, assistant professor of sociology at Sabanci University.

“Since 2013, the AKP and Erdogan have moved to further increase authoritarianism, which probably hurt the economy in various ways,” Altinordu said.

“They entered a more isolated and centralized decision-making mode, with less media freedom. So you probably end up making more policy mistakes, you lose your responsiveness, and there is much more room for corruption.”

Other key measures such as healthcare remain robust after improving dramatically since Erdogan took office in 2003.

Erdogan has a “base of adoring and loyal supporters (because) citizens enjoyed significantly better living standards than under Kemalists for most of the 20th century,” wrote Soner Cagaptay in a report for The Washington Institute.

He noted that before Erdogan came to power Turkey’s infant mortality rate was comparable to pre-war Syria’s, and is now similar to Spain’s.

But other gauges of well-being began to creak in 2013 when the US Federal Reserve’s hint that it might start removing stimulus sucked funds out of emerging markets.

Political strains intensified thereafter as Erdogan turned to nationalist allies, and later won a referendum on adopting a presidential system that concentrated power at his palace.

Some key economic officials left the AKP in opposition to the power grab. Analysts say cracks then started emerging in its policies, including pressure on the central bank to lower interest rates even as the lira tipped into crisis in 2018.

The currency has shed 75 per cent of its value against the dollar since 2013, more than half in the last three years. Many Turks now choose to store their wealth in foreign currencies.

“On the political side, since 2013, there is a sense that Turkey and the West have been drifting apart,” said Roger Kelly, lead regional economist at the European Bank for Reconstruction and Development.

“Yes, we have seen a deterioration since 2013, but we have to see it in the context of the positive steps that happened before that.”

UK jobs leap as economy bounces back, pay jumps too