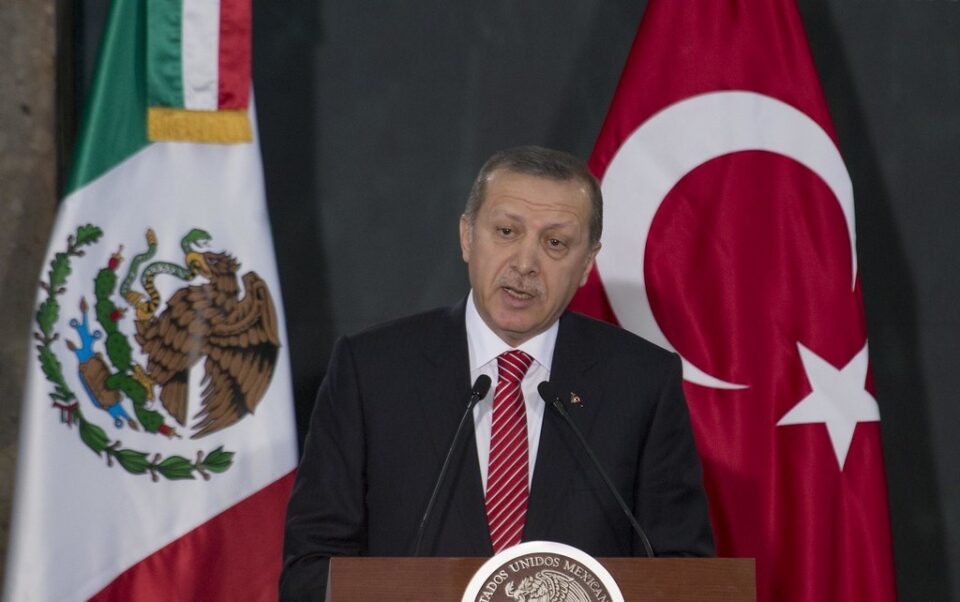 The north is preparing for the visit next week of Recep Tayyip Erdogan but some Turkish Cypriot parties announced they would shun the special ‘parliament’ session  the Turkish president plans to address.

Main opposition Republican Turkish Party (CTP) and the Communal Democratic Party (TDP), announced they would not participate in the ‘parliament’ session on July 20.

Erdogan said on Friday he would “deliver the good news” to the north while in ‘parliament’. He added that they had made good progress and that the preliminary work was completed.

The Turkish president also expressed hope that this year, they would send messages for world peace both in Cyprus and  across the globe.

Erdogan is expected to make announcements on Varosha that would bring further negative developments for refugees and the Cyprus problem in general. The government has said it is monitoring the situation and is ready to react depending on what might be announced.

The CTP, in a long statement explaining the reasons it would shun the special session, said, among other things, the relationship between Turkey and the north was slipping from the correct path and that it was not sustainable.

It also referred to intervention in the north’s internal politics, democracy and administration and added that this situation did not benefit the Turkish Cypriots either within the framework of their rightful status at the intercommunal negotiations and in the international community that they were trying to be a part of.

CTP also said it never believed that no solution was a solution, that the status quo was sustainable nor that this benefitted the Turkish Cypriots. It also cited the fact that no meetings with opposition parties were included in Erdogan’s schedule which meant there would be no exchange of views or dialogue.

The TDP said they would not take part in protest over Ankara’s interference in the political will of the Turkish Cypriot community and the attacks on the north’s democracy. The party said Ankara’s continued interference in their domestic affairs only served to strengthen the perception that the north was a sub-administration of Turkey.

‘Minister of economy and energy’ Erhan Arikli, chastised the two parties and said they would be missing the opportunity to witness such an important event as the address of the president of the only country recognising the north. This will be the first time Erdogan will address the Turkish Cypriot ‘parliament’.

The Turkish president is to visit the north, along with a large entourage, to participate in celebration to mark the 47th anniversary of Turkey’s invasion in Cyprus, which the Turkish side dubbed as ‘peace operation’. The north marks July 20 as a ‘peace and freedom day’.

This year July 20 is also the beginning of the four-day religious holiday of Eid-al-Adha (Feast of Sacrifice) with Erdogan expected to attend prayers while in the north. Reports said he is to pray at the Bilal Aga masjid, a small mosque without a spire, located in the fenced-off area of Varosha, the part which is open to visitors. Works were underway to restore the religious site.

While in the north, Erdogan, expected to arrive on Monday, is to attend various events, including play in a friendly football match with his ministers and Turkish Cypriot officials in Nicosia.

In the meantime, Akel MEP, Niyazi Kizilyurek, sent President of the European Commission, Ursula von der Leyen, a letter on Thursday calling for the EU’s involvement for Cyprus’ reunification.

The MEP pointed out that Turkey was turning the northern part of Cyprus into part of its territory while aiming at the island’s ultimate partition.

He also said Turkey was openly violating the UN Security Council resolutions on Varosha. Opening Varosha under Turkish administration would also mean minimising any prospects for the future reunification of Cyprus, he added.

He also referred to Ankara’s decision not to let into the county some Turkish Cypriots. He stressed that at a time when Turkey is seeking visa liberalisation for its citizens, “it is banning progressive Turkish Cypriots, EU citizens, from entering the country, with absurd arguments that they pose a threat to the national security.”

The MEP expressed hope that the EU does more “to reunite and ensure peace on this small island which is EU territory.”