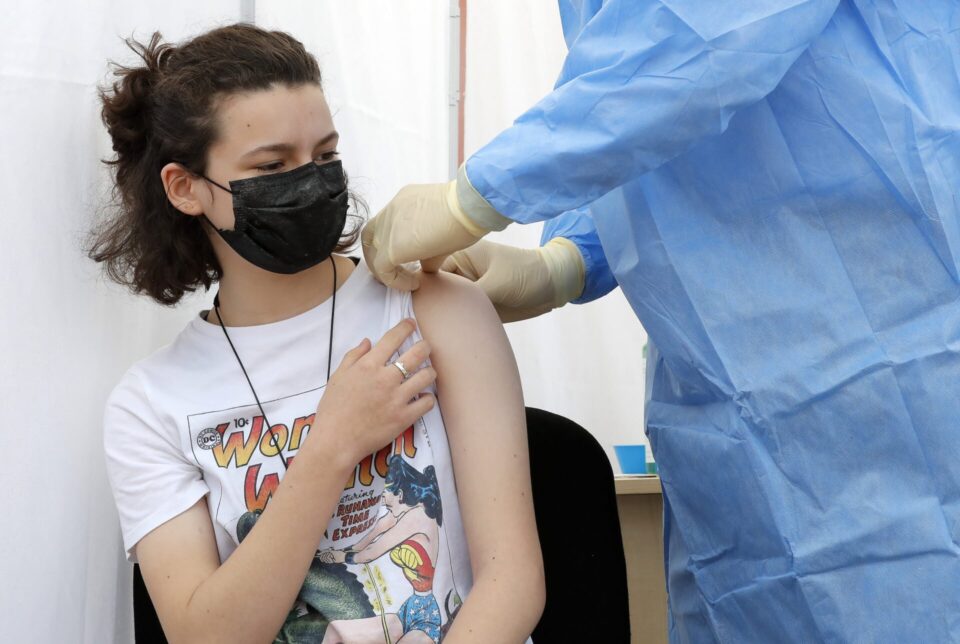 Seven months since launching its vaccination programme and having surpassed its original goal of a 65 per cent vaccination rate, the health ministry is now focusing on streamlining and facilitating the booking process – but not for everyone.

The vaccination portal is now open for everyone over 16 years old at all times to book an appointment. Walk-in vaccination centres opened on Thursday for appointment-less individuals on a first come first served basis. These have proved so successful that the health ministry has said it will expand the service.

But neither of the above apply to those not registered with the general health scheme Gesy. Those not with Gesy still have to follow the same far more complex, time consuming process procedure laid out for them back in January if they want to get jabbed.

As of Saturday, the health ministry said that 69.7 per cent of the eligible population had received their first dose of the anti-Covid vaccine, while 60.7 per cent were fully vaccinated. These otherwise satisfactory numbers were thwarted by the dramatic surge in daily cases, most certainly down to the Delta variant. Daily infections surpassed a thousand for the first time this week, breaking record after record each day. On Thursday, 1,152 were recorded. The goal of vaccine coverage has now risen to at least 80 per cent.

Vaccinations for non-Gesy residents were made available in January, but the process of securing an appointment is not as straightforward as logging into the portal available to Gesy beneficiaries. Applicants must fill out a form (see below) and wait for a call to arrange their appointment over the phone. It is also not possible to pay for a vaccine privately.

Cyprus Mail readers have been emailing the newspaper over the past seven months to share their own experiences with the system and – mostly – to express their concerns over its effectiveness and fairness. In the early months, the non-Gesy group were only given the AstraZeneca option instead of a choice of vaccine, like everyone else. Many called this blatant discrimination as Gesy beneficiaries got to pick their vaccine maker. One reader said the government was “creating a two-class system in order to force more AstraZeneca vaccinations onto the population”.

Asked about this back in April, the health ministry said there was no specific reason for this, other than the fact it had an excess of AstraZeneca doses. “We are using whichever vaccine happens to be widely available, and in this case it’s AstraZeneca,” spokeswoman Margarita Kyriacou told the newspaper at the time.

AstraZeneca’s use plummeted across Europe and in Cyprus after reports said there could be potential links between the vaccine and rare blood clots and several countries limited its use to older age groups. Following the European Medicines Agency (EMA) view that the benefits of the vaccines outweighed the risks, the health ministry at first announced it would be proceeding with all available EU-approved formulas.

However, the death of a 39-year-old woman in Paphos following a thrombotic episode, as well as other reported thrombotic episodes possibly linked to the AstraZeneca jab, led the government to reconsider. In late May, the health ministry recommended that those under 50 should opt for mRNA vaccines – Moderna or Pfizer – instead.

Asked if this applies to non-Gesy residents, Kyriacou told the newspaper earlier this week that the ministry’s directives apply to everyone. “MRNA vaccines are offered where these directives apply,” she said, denying that the AstraZeneca-only phenomenon is ongoing. The ministry’s decision to widen the eligibility window to include minors aged 16 and 17 also covers those not registered to Gesy.

The government has time and time again stressed the importance of vaccines in shielding the community from the virus. The drive to boost vaccinations so far has included a package of incentives for the vaccinated, and a tightening of SafePass measures for all places where people gather and workplaces.

At the same time, walk-in centres have been a hit. After a successful pilot run between Thursday and Friday that saw hundreds of vaccine doses administered islandwide, the health ministry said it will be expanding the number of walk-in vaccination centres available.

But for those not with Gesy, the ministry has only said it will consider expanding the service to them in the future. No date has been given.

Those not on Gesy who want to book a vaccination must go through the following steps: On PIO’s website (https://www.pio.gov.cy/coronavirus/eng

Click on “Covid-19 vaccines”. Then scroll down to January 4, 2021 to find two separate documents – one is a PDF with instructions for booking, and the other is the form that must be filled in. It is named “Document for the Registration of Citizens who are not GHS beneficiaries, to the Cyprus Portal for COVID-19 vaccinations”

Archbishop again appeals to young to get jabbed

How Venus features in the search for life beyond earth