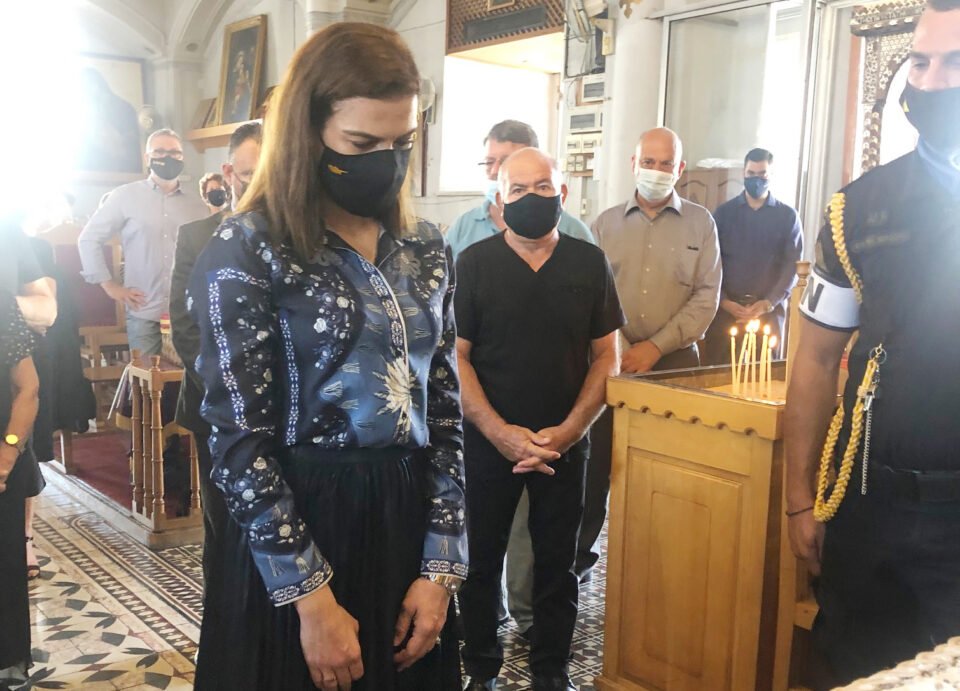 Cyprus on Sunday paid tribute to all those who lost their lives during the 1974 Turkish invasion.

Memorial services were held in all districts, in the presence of the House Speaker and ministers who laid wreaths on behalf of the President of Cyprus, Nicos Anastasiades.

The official memorial will be held Tuesday, the day of the invasion, in Nicosia, in the presence of the president and the defence minister.

House Speaker Annita Demetriou, who attended the service held at Mammari, in the Nicosia district, said it was a critical time with Turkey playing a destabilizing role  in the region, violating sovereign rights and the territorial integrity of various countries in the area.

She said UN talks for the reunification of the country needed to start the soonest but must have a reasonable chance for success. Demetriou also said that the UN needs to contribute so that talks can be held without threats or intimidating circumstances.

Defence Minister Charalambos Petrides delivered a speech at the memorial service at Latsia, Nicosia, pointing out that the country was facing even bigger challenges “as Turkey violates our rights in the exclusive economic zone and in the fenced off town of Varosha”.

“We need to face these challenges with unity and carry on the efforts to fulfil our obligations and safeguard the rights of our people on the basis of the international and European law,” he said.

He also said that the president had conveyed the will of the Greek Cypriot side to engage in a new round of talks for the reunification of the island.

Education Minister Prodromos Prodromou attended the memorial in Limassol and Health Minister Michalis Hadjipantelas attended the service in Paphos, laying a wreath on behalf of the government.

In Larnaca, Energy Minister Natasa Pilides expressed hope that Turkish provocations would be answered by the international community saying: “We cannot accept a new fait accompli on the island”.

She said that the Greek Cypriot side continues its efforts for the resumption of the talks that will lead to a just and viable solution and hoped that the Turkish Cypriots will embrace this effort.

Presidential Commissioner Photis Photiou delivered a speech at the memorial service in Dali village, saying that lessons needed to be drawn from the sacrifices made by the heroes of the past.

Referring to all those who went missing during the invasion and whose remains have not yet been located or identified, Photiou said: “We will carry on our efforts to bring an end to the ordeal of the relatives”.

He also pointed out Turkey’s responsibilities and the fact that there is no cooperation on this humanitarian issue.