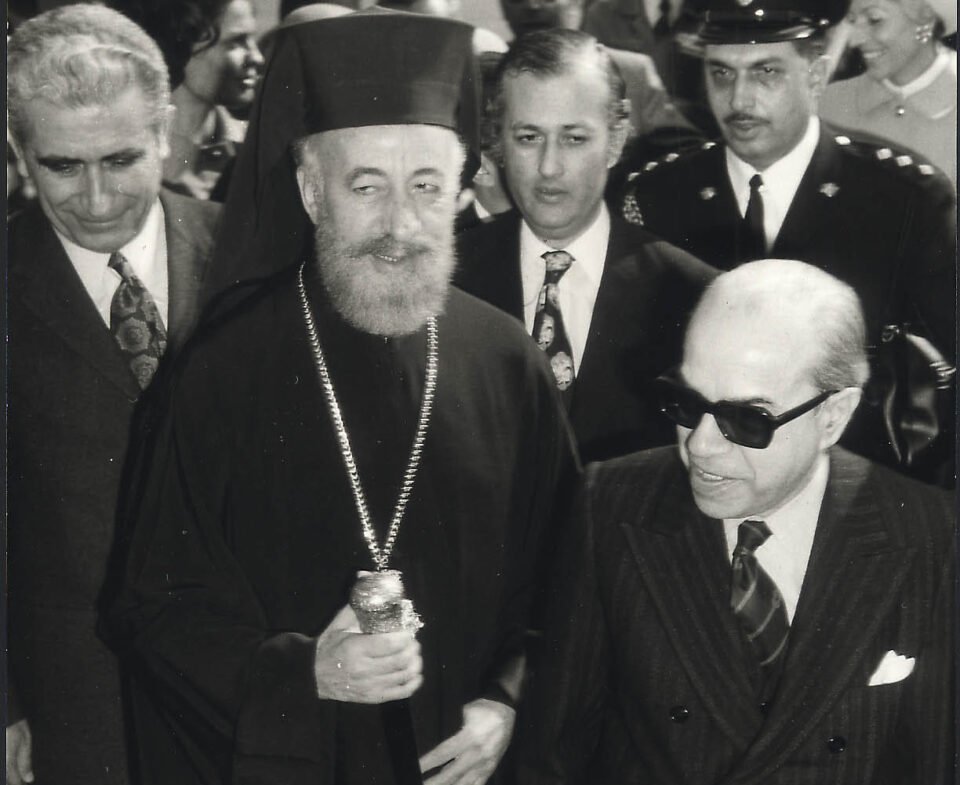 President Makarios trod a contradictory path in the early years

The position taken by Takis Hadjidemetriou, as stated in his recent book The Republic of Cyprus 1959-1964: The State and the Parastate finds me in full agreement. In the preface, Takis Hadjidemetriou states: “The political analysis of the period 1959-1964 entails a lot of courage. Unquestionably, it was a difficult period, which has shaped subsequent events and developments. Walking through the systematic cover-up of events, the monopolisation of ethnic pride, the successive political crises, the closed-circuit deals and the cryptic decision making was not an easy task. Even more difficult were the tasks of setting aside the myths surrounding the events and of dealing with our laurel- and glories-laden leaders. This is the most crucial period in the history of our country.”

The author unfolds the tangle of history with the diligence and the objectivity that characterise him, starting with the London Conference on February 17-19, 1959, which gave birth to the Republic of Cyprus. It was a particularly difficult birth.

The early years of the newborn republic were just as difficult. At the ship’s helm one would always find Makarios, claiming the right to have the last word on Cyprus’ political future, side-stepping the rudimentary Cypriot opposition, the Greek government and the international community.

A typical clash was that between Makarios and George Papandreou, the Greek prime minister, which is described by the author in brilliant colours by referring to the events that were shaping the history of Cyprus at the time, including the tabling of the “13 Points” on the amendment of the Cypriot constitution, the intercommunal riots that followed and the visible risk of a Greco-Turkish military confrontation. With the re-election of Papandreou in February 1964 following a period of political instability in Greece, he attempted to “put things right” in a letter he dispatched to Makarios on February 25, 1964.

Makarios responded on March 1, 1964. Hadjidemetriou rightly describes this document as the most important text bequeathed to us by Makarios. More specifically, the author describes Makarios’ sincerity in his reference to the policies he followed as president as “striking to the point of verging on cynicism”, when he confesses the following: “Our aim, Mr Prime Minister, is the abrogation of the Zurich and London Agreements, in order to enable the Greek Cypriot people to define their own future, in consultation with Mother Greece”. What preceded these events was not intended to save the Republic or to tackle the problems that had arisen. Those events were exclusively aimed at annulling the agreements.

In his book, Hadjidemetriou steadily leads the reader through the individual chapters of Cypriot history in this critical five-year period. The “Akritas Organisation”, the “Parastate of the Turkish Cypriots”, the “attempted Amendment of the Constitution”, the “Inter-communal Clashes”, the “Five-party London Conference”, the “British-American Plan”, the “Evolution of the Inter-communal Clashes”, the “Appeal to the Security Council”, the “Establishment of the UN Peacekeeping Force in Cyprus”.

What the author is saying in his book is that the inherent contradictions of this five-year period were the seeds that grew into the evils that followed. We were seeking the dissolution of the Republic of Cyprus and the merger of Cyprus with Greece and, at the same time, we were claiming that we were striving for an independent, well-functioning state. Our leader and head of state was a priest, committed to serving the followers of a given religion. We were demanding the support of Greece, but we were also claiming the right to determine the course Cyprus should follow, while expecting Greece to consent and accept our choices. Most Cypriots felt that Cyprus belonged to the West but were happy to flirt with the East. All Cypriots (and individually each one of them) were (and continue to be) advocates of unity, concord and unanimity, on condition that the rest would adopt an already chosen infallible position.

The climate which Takis Hadjidemetriou describes in his book is in line with my own personal experience. In the years covered by the book, I was a high school student, graduating in the summer of 1963, when I left for higher studies in the UK.

In 1961/62, Makarios attempted to (re-)organise the “national youth”, as it was called, in order to carry-on the “national struggle”. The coordinator of this effort in Famagusta was Miltiades Christodoulou, a priest in active service at the city cathedral of Saint Nicholas and a religion teacher at the Famagusta Greek gymnasium and father-in-law of Andreas Azinas, a close associate of the Aachbishop. That year, he proposed to a good friend of mine in the sixth grade and a year older than me “to lead the struggle”. The proposal was politely declined. The following year a similar invitation was extended to me, which I also declined. Finally, the position was taken up by another good friend of mine, who became the leader of the “genuine fighters” of Famagusta, in contrast to the “Grivas-followers” and the “communists”, who were involved in similar moves.

And then we wonder how we got into the mess we find ourselves in today. If you are really determined to get the answer to this critical question, you must definitely read Takis Hadjidemetriou’s book.

Takis Hadjidemetriou was born in Nicosia, in 1934. He graduated from the Pancyprian High School and then studied dentistry at the University of Athens. A founding member and vice-president of Edek when Vassos Lyssarides was leader. He played a leading role in the process of filing Cyprus’ application for accession to the European Union. In 2003, he was appointed by then President Tassos Papadopoulos as coordinator of the process of harmonising Cyprus with the EU, a position he resigned from over disagreement with Papadopoulos over the April 2004 referendum. In October 2004, he was expelled from Edek for the same reason. In April 2008, he was appointed by President Demetris Christofias as head of the Greek Cypriot representatives on the bicommunal Technical Committee for the Preservation of the Cultural Heritage of Cyprus. It is generally acknowledged that in this position Takis Hadjidemetriou has accomplished a goal of great national importance. He is the author of six books addressing political and cultural issues. The Republic of Cyprus 1959-1964: The State and the Parastate is published in Greek by Papazisis Press