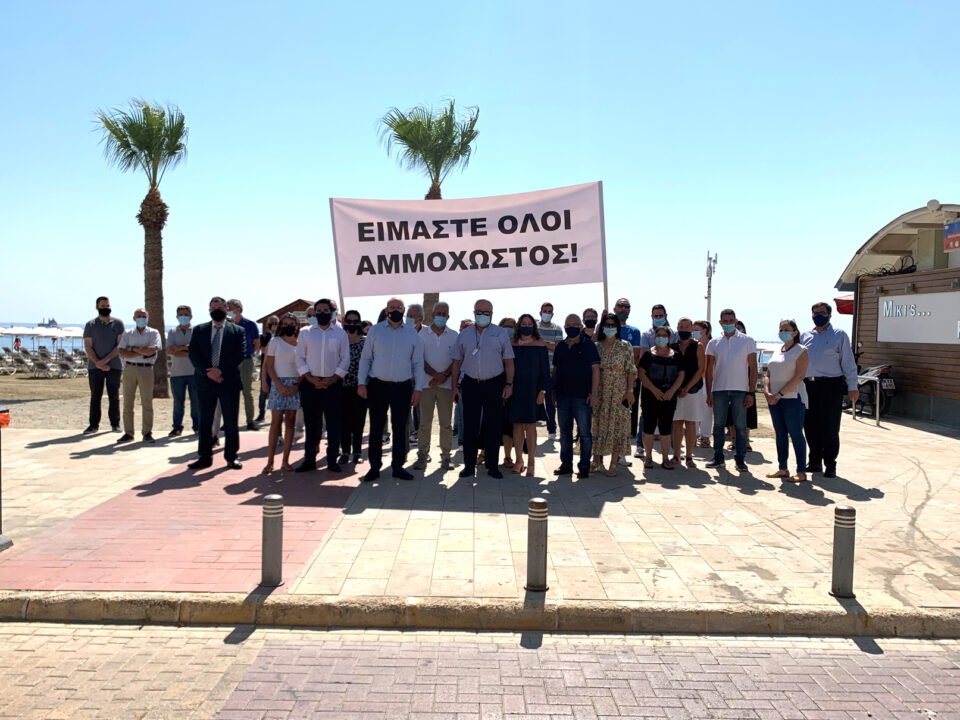 The municipality of Turkish-occupied Famagusta is launching an international campaign to persuade foreign countries to exert pressure on Turkey as regards its stance in the fenced off town of Varosha. Mayor Simos Ioannou said that if there is no change then the only solution is for Cyprus to appeal to the UN Security Council.

He was speaking on Tuesday during a symbolic five-minute stoppage titled “We are all Famagusta” to protest Turkey’s provocations in Varosha and the illegal visit by the President of Turkey to the occupied areas. He hoped that everyone in Cyprus and abroad will stand by their side in the just struggle for Famagusta.

Turkey invaded Cyprus on July 20, 1974. Numerous UN backed talks to reunite the island have failed to yield results. A 5+1 Informal Meeting that took place in Geneva, on April 27-29, failed to find enough common ground to allow for the resumption of formal negotiations in relation to the settlement of the Cyprus problem.

UN Secretary – General, Antonio Guterres, has said that he will convene in the near future another meeting of the 5+1, the five plus the United Nations, again with the objective to move in the direction of reaching common ground to allow for formal negotiations to start. Varosha, the fenced off section of the Turkish occupied town of Famagusta, is often described as a ‘ghost town’.

How to sew a simple, open-back summer dress