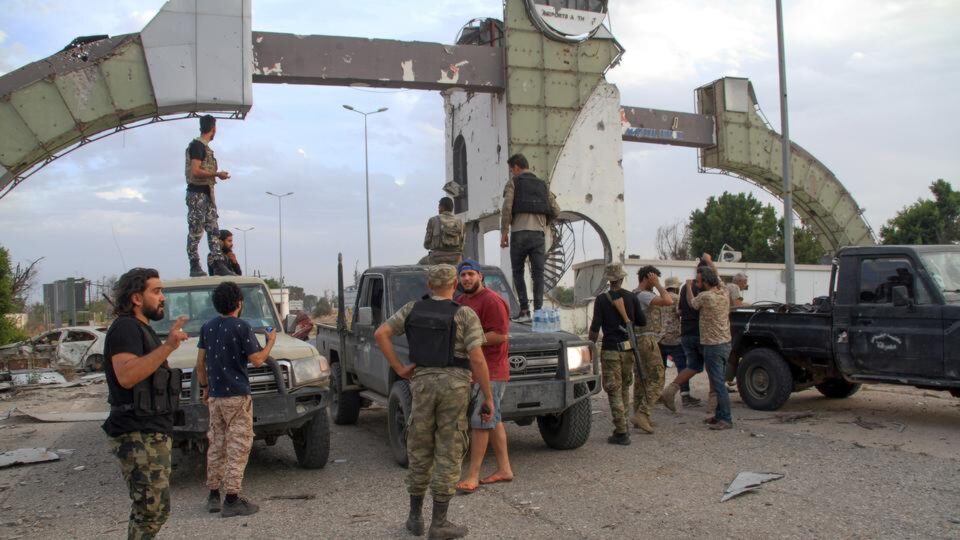 Troops on a street in Tripoli.

The EU is firming up plans for a military mission to Libya in order to compete for influence with foreign powers there, the EUobserver reported on Monday.

This is in hope of putting a final stop to a conflict that has cost the country’s economy $580 billion, according to a UN report released last week.

“These losses will be even greater if the conflict continues beyond the year 2020 and could reach an additional $465 billion between 2021 and 2025. The conflict would have cost the Libyan economy a total of  $1.04 billion) between 2011 and 2025,” according to the UN report.

The UN report also shows an increase in employment throughout the region of about 9 per cent as the Libyan economy picks up speed and its output improves.

Peace in Libya, on the other hand, would mean gains for the entire region of $161 billion between 2020 and 2025. Turkey, France, Italy, Algeria and Sudan would get the most benefit, but all countries in the Mediterranean region would be in a position to profit, the report showed.

Libya’s peace process requires “large-scale disarmament, demobilisation, and reintegration of combatants as well as a fundamental security sector reform (SSR),” the Commission said in a document seen by the EUobserver.

The Commission is planning a military mission, with boots on the ground. “In this context, an EU military CSDP [Common Security and Defence Policy] engagement should … be considered in order not to leave the entire field of activity in the military domain to third states,” it added.  This is intended to help displace foreign troops still in the country.

While Chad, Egypt, Jordan, Russia, Saudi Arabia, Turkey, and the United Arab Emirates have all become involved in Libya’s civil war, Turkey has maintained the largest force by far, and it has continued to refuse inspection of arms shipments which are in violation of a UN embargo, the report said.

The EU report painted a worrying picture of Libya, saying there were still “many” foreign fighters there and that oil, arms, and human trafficking was going on unabated.

French foreign minister Jean Yves Le Drian called for an end to the conflict and the departure of foreign troops in a UN speech on July 15.

“It is time to implement a progressive, symmetrical, and sequenced timetable for the departure of foreign elements from both sides,” Le Drian said.