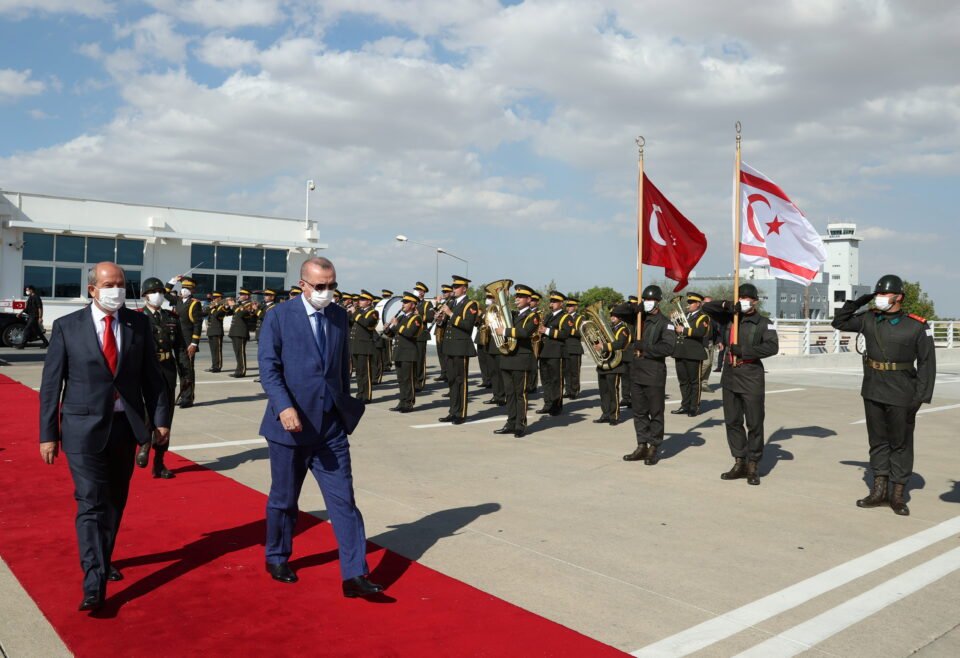 In the end, Turkey’s President Tayyip Erdogan made a passing reference to the reopening of the fenced area of Varosha in a speech he gave in the occupied north on Tuesday, during the invasion celebrations, but it fell short of what had been predicted. In fact, it was left to Turkish Cypriot leader Ersin Tatar to announce the plan for the opening of a small part of the fenced area (3.5 per cent), a decision he attributed to the ‘administration’ rather than to Ankara. The Turkish government, it appears, only takes decisions on the construction of new ‘state’ buildings.

Ankara is treading rather cautiously on Varosha, for the time being, allowing Tatar to take alleged ownership of the opening up, because Erdogan recognises any big moves of the type that had been touted a year ago would provoke a reaction from the international community. He does not want to jeopardise promised financial aid from the EU, which has taken a very clear stand against the opening of Varosha, and could also have come under some pressure from the United States. This may explain why he skirted the issue, restricting himself to putting a positive spin on it, saying everyone would benefit.

“A process will now begin to everyone’s benefit and with respect to ownership rights,” Erdogan said on Tuesday, adding that “instead of a symbol of non-solution, Varosha will become a symbol of future prosperity.” Tatar had said that Greek Cypriots who applied to the immovable property commission would be eligible to return. Whether the Turkish side could claim it was complying with the UN resolutions by doing so is another matter.

The move will create a big problem for the Cyprus government. Would it urge Greek Cypriots with properties in the area that will be demilitarised not to apply to return, as this would give a semblance of legitimacy to the Turkish move and facilitate the opening of other areas in the near future? It could do that, appealing to the property-owners’ patriotism, but why should they listen considering, realistically speaking, this would be their only chance of returning to the properties they left 47 years ago? Why would Famagustans wait for a settlement that will never arrive when they can return now, under Turkish Cypriot administration?

For now, the government is dealing with the illegality of the Turkish move. The foreign minister on Tuesday briefed the ambassadors of the permanent members of the Security Council and then the ambassadors of all EU states, while the national council is meeting on Wednesday to discuss how the government should react. It is not as if it has many options, other than to appeal to the toothless UN for another resolution and seek support from the EU. Whether it has the power to block the opening of Varosha is the big ask.

Omonia in trouble after defeat in Zagreb

Cyprus fires: Protecting ourselves from a savage future