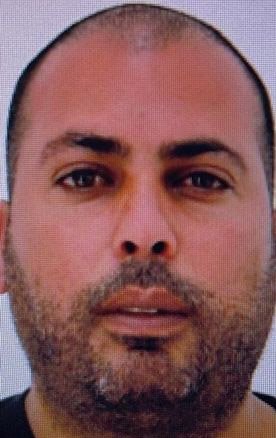 Police said Thursday they were looking for a 37-year-old Palestinian man in connection with an arson attack at the Limassol courthouse, which destroyed evidence relating to serious criminal cases.

Police said anyone with information on Ashraf Olwan’s whereabouts should contact Limassol CID on 25805057 or the public hotline 1460 or their nearest police station.

Arsonists in the early morning hours, set fire to a room at the Limassol district court where evidence is kept, causing extensive damage to the contents, police said.

Police were notified of the fire at around 1.45am on Wednesday by a passer-by who saw smoke coming out of a window on the second floor.

The suspects then broke into the building through the window and set fire to the room, which is used for storing evidence, documents, and the court’s servers.

The perpetrators left behind the ladder they had used.

Reports said the evidence that was destroyed related to three cases currently tried by the criminal court, which is next door to the room that was set on fire. One of them concerns the discovery of a crystal meth lab in Zakaki.

The courthouse had a strongroom at the basement where documents are stored but it appears those responsible were too lazy to transport them there and back on a daily basis.