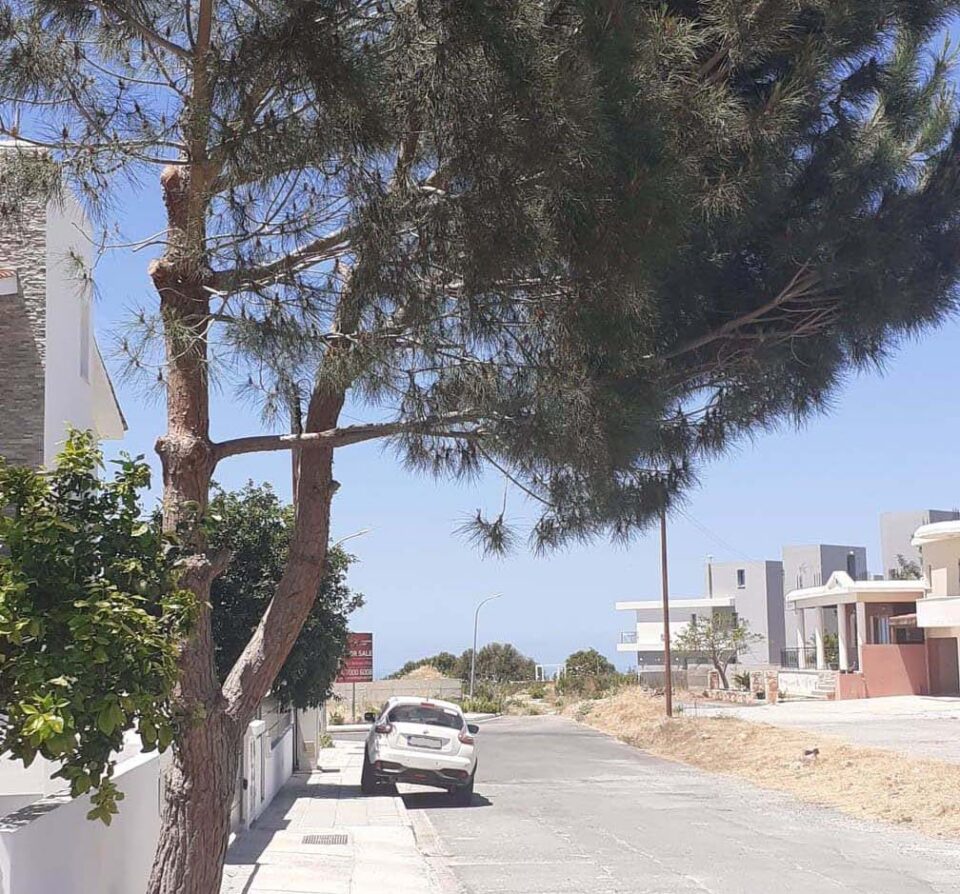 'Every single tree is important and it’s stupid to cut any tree. This is a way to save nature, one tree at a time', Andreas Evlavis said

The fight to stop a lone pine in Konia from being chopped down has become a symbol for the Paphos Greens in their struggle to save trees.

“This pine tree symbolises all trees for us and should not be cut down. Every single tree is important and it’s stupid to cut any tree. This is a way to save nature, one tree at a time,” Andreas Evlavis of the Paphos Green party told the Cyprus Mail.

The tree, which is around 30 years old, is the subject of a wrangle between the local community council and the forestry department, said Evlavis.

Initially, the Konia community leader applied to the forestry department for permission to fell the tree, which is on a pavement.

The forestry department gave the green light for the tree to be removed.

However, along with the community council, the mukhtar changed his mind and sent a second letter to the authority to request that the tree remain in place.

“He felt guilty about the initial decision and asked the Greens to get involved to ensure a future for the tree,” Evlavis said.

Both pedestrian and wheelchairs are able to access the pavement properly and the tree is not impinging on the area at all, he said, adding that the wall should have been built further back, further away from the tree.

“Obviously, the tree was there first and it needs to be protected.”

However, the forestry department wrote a second letter to the community council stating that the Electricity Authority, EAC, had cut some of the branches, and as the tree now looks ‘ugly’, it should be cut as it would be aesthetically much better, and also, that it is also causing some problems with a wall.

“This is playing a silly game and the pine tree should not be cut. There is pavement access and far too many trees are always being cut in Paphos,” Evlavis said.

He was referring to a spate of cutting established, old trees in Paphos and then planting new saplings. However, this is not the correct way to deal with nature, he said.

“We need to save the big and old trees as well as planting new ones. This is the correct solution,” he said.

“These trees have been helping the atmosphere for dozens of years and we need to ensure they continue to do so and not rely on ones that will mature in 30 or 40 years.”

The community board of Konia and the Paphos Greens are hoping that the forestry department will rethink its decision insisting the tree be cut and save it instead.

“It would be a small step but part of something greater to save all of our trees,” Evlavis concluded.