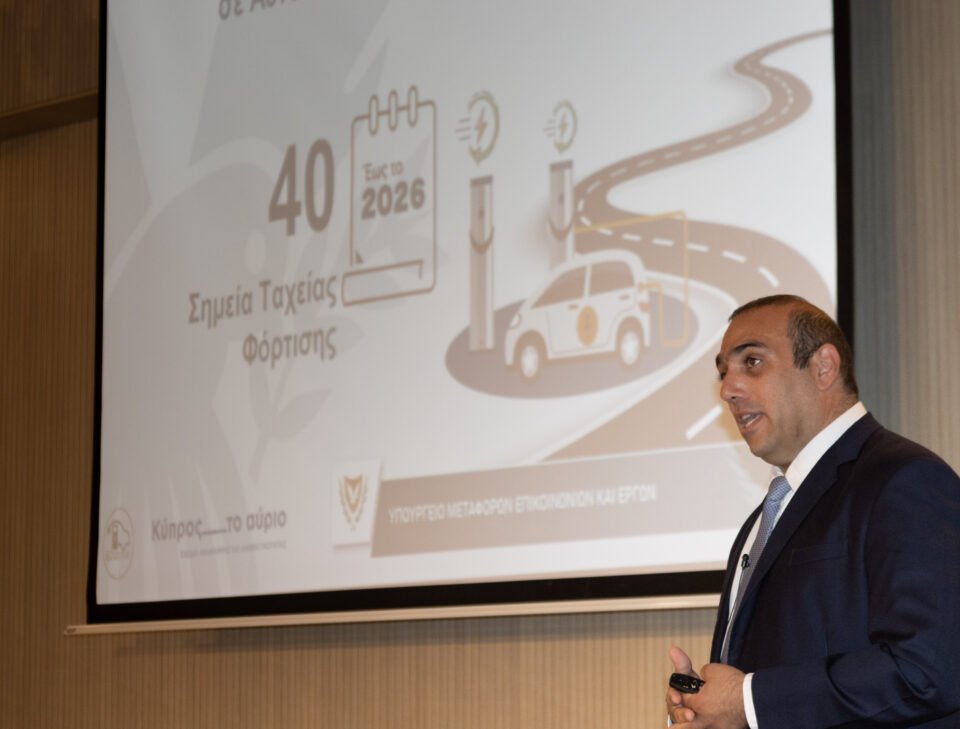 Cyprus has set a national goal for electric vehicles to account for 25 per cent of new registrations by 2030 as it steps up efforts to reduce emissions.

The minister was speaking during the presentation of the general framework policy for the promotion of electric cars. This covers the strategic objectives and the necessary organisational structure as well as the measures to be taken to achieve the objectives. Among them, is the purchase of electric vehicles for government departments, and an increase in the number of charging stations for electric cars.

Through the new policy, “incentives will be given for the purchase of electric vehicles of all categories including private cars, mopeds, motorcycles, buses, commercial vehicles and taxis, as well as vehicles for families with members who have disabilities,” Karousos said.

The minister added that a significant number of actions will be funded by the Recovery and Sustainability Fund, from which there is already approved funding of €38,600,000.

Increased electric cars use will contribute to reducing reliance on polluting fuels, which is also the goal of the European Union in the framework of the European Green Deal, the minister explained.

According to the evaluation report of the National Energy and Climate Plan (INECP), Cyprus is called upon to consider investments and reforms in achieving the climate neutrality targets during the preparation of the National Plan for Recovery and Sustainability 2050.

In the transport sector, reductions in pollutant emissions are set at around 50 per cent.

Part of the framework’s objectives is for all new purchases of government vehicles, where possible, to be electric. This includes the purchase of 28 electric buses and the replacement of all motorcycles of the Cyprus postal services with electric ones, Karousos said.

There are also provisions for the development of parking infrastructure and recharging of electric vehicles in accessible places of both public and private sector.

The government had previously announced an incentive plan for the purchase of electric cars which was withdrawn due to the economic impact of coronavirus.

Due to have been implemented on February 4, it was part of a two-fold government plan that would have provided incentives to buy new cars by withdrawing 1,250 vehicles older than 15 years, and incentives to buy 100 electric cars.

How useful is Bitcoin?