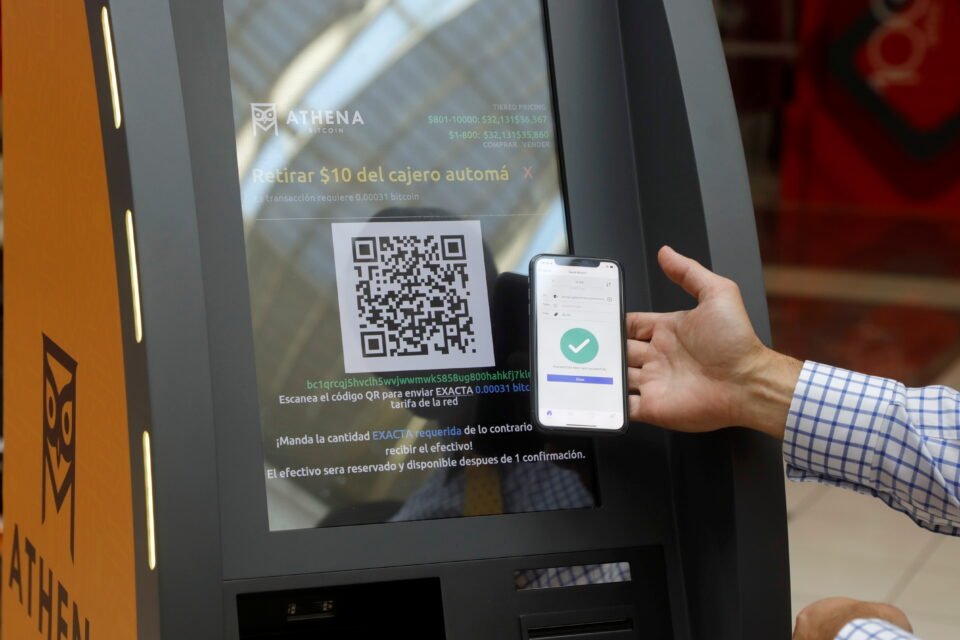 A Bitcoin ATM during a presentation ahead of a news conference in San Salvador, El Salvador REUTERS/Jose Cabezas

In June 2021, the El Salvador parliament approved a new law allowing people to use cryptocurrency as legal tender for all kinds of goods and services, alongside its national currency, the U.S. dollar. The policy means a win for bitcoin and other cryptocurrencies, currently traded in markets worldwide. However, this move still has many people wondering how bitcoin will work in the Latin American nation. Well, here’s a breakdown of how bitcoin operates in El Salvador.

Why Bitcoin is important for El Salvador

Currently, El Salvador has about 6.4 million people, most ex-pats dependent on money from their families abroad. The 2020 World Bank data shows El Salvador received over $5.9 billion from nationals living abroad, especially in the U.S. The remittances account for about a quarter of the country’s GDP.

El Salvador has mainly relied on traditional money transfer agencies like the Western Union to remit money from abroad.

Their decision to switch to bitcoin is mainly because of its lower transaction fees. El Salvador’s president touted the move saying it would prevent huge losses, amounting to millions of U.S. dollars, resulting from international money transfers.

While the move to make cryptocurrency a legal tender in El Salvador has received mixed reactions, bitcoin could do more good to the country’s economy and citizens. The lower transaction fees and decentralization of bitcoin would encourage more transfers and access to capital, driving the economy.

Getting started with Bitcoin

Generally, most people in El Salvador are current bitcoin users. The new law would only encourage increased usage. However, new users must first install a bitcoin wallet on their mobile phone, tablet, or computer. That generates the user address and private key for making transactions when sending or receiving money. Bitcoin exchanges do not involve intermediaries, which allow users to transfer money at much lower costs conveniently. Bitcoin’s underlying blockchain technology secures all the transaction data in a shared digital ledger, ensuring better security and transparency.

Uses of Bitcoin in El Salvador

Accepting bitcoin and other cryptocurrencies as legal tender would allow its accessibility to all sectors of the country’s economy. The following are some of the key ways that you will be able to use bitcoin in El Salvador.

Payment for goods and services

As a legal tender, people will pay for goods and services in physical and online stores using bitcoin. Bitcoin’s lower transaction fees provide more excellent value to businesses, which will rapidly adopt it as a means of payment. Besides, customers would also love it because bitcoin transactions are cheaper than credit cards.

One of the good things about bitcoin is that it is a decentralized currency, which you can spend as discreetly as you wish. Due to its ever-increasing price, bitcoin holdings could provide lucrative investment opportunities for beginners and professional investors. Bitcoin’s decentralization and low-cost money transfers would allow investors to acquire property in El Salvador and abroad more conveniently and affordably.

People can also use remittances in bitcoin to trade in financial markets, like other instruments such as gold. Unlike other currencies’ prices impacted by geopolitical influence, bitcoin’s value depends on the public perception. Today, you can join many reputable online platforms for free, such as Bitcoin System, to start trading bitcoin. Such systems use binary options trading software that enables you to stay ahead of the market movements.

Accepting bitcoin as a legal tender will significantly increase its usage across El Salvador and beyond, creating more opportunities for bitcoin mining. That means bitcoin will still work in Salvador just like it does in other countries. However, the government may implement some rules to regulate bitcoin when it becomes legal tender.

Who will benefit from Bitcoin?

Learn everything about Crypto Wallet