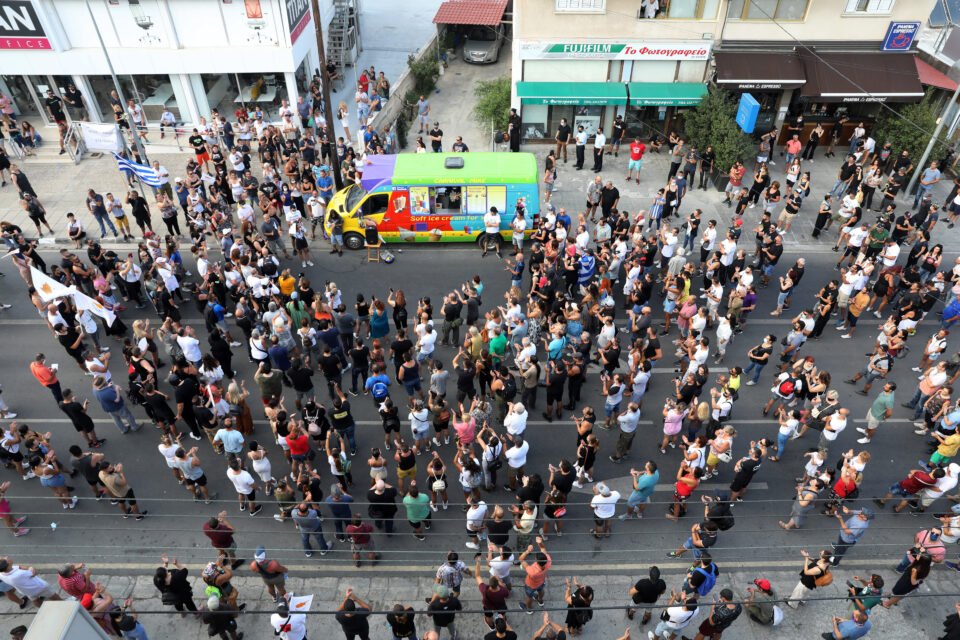 Hundreds of people gathered outside the justice ministry on Sunday to protest Covid restrictions and for the release of those arrested during the week in connection with an attack on Sigma TV channel last Sunday night following a protest by thousands outside the presidential palace.

Outside the justice ministry,  around 500 protesters shouted slogans such as ‘Down with the Anastasiades junta’, ‘Bread, education, freedom’,  listened to speeches about government corruption and scandals, and sang along to music playing at intervals.

There was a heavy police presence in the area and the new anti-riot vehicle Aiantas was spotted near a side street as officers lined up with shields and anti-demonstration equipment.

The demand were the immediate abolition of the SafePass, the continuation of free testing, which is due to end on August 1,  and an end to the 72-hour testing rule for unvaccinated employees.
The protesters also demanded a declaration by the president and all parties and employers that vaccination would not be made mandatory and called for an end to the segregation of citizens into vaccinated and unvaccinated.
They also called for an immediate end to “intimidation, blackmail, and threats of dismissal against public and private sector workers for refusing to be vaccinated”, and for the immediate abolition of “illegal and unconstitutional decrees”, and the strengthening of hospitals “with all the millions currently being spent on rapid testing” 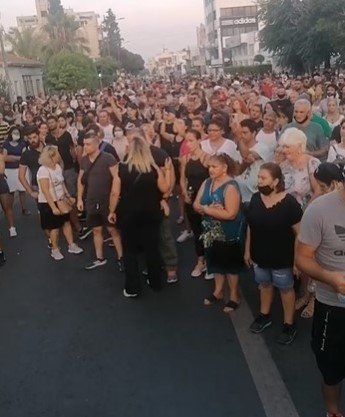