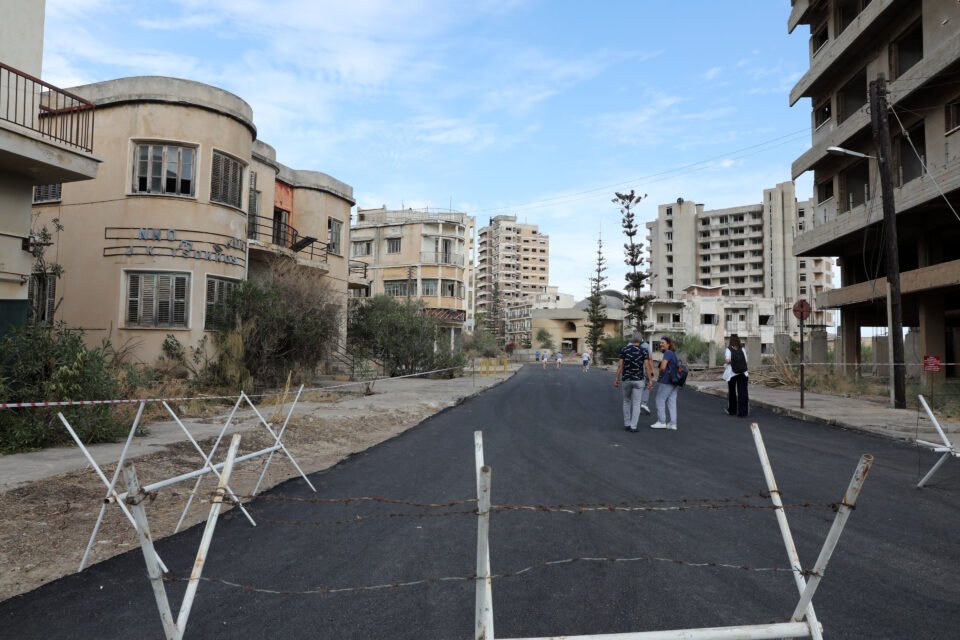 Opening up part of Varosha leaves refugees in a terrible quandary

Instead of the government stopping just short of declaring as traitors those Varosha refugees who choose to claim their properties from Turkey, it ought to provide more substantive support to them, refugees say.

Their anxiety and resentment have grown following the announcement this week by the Turkish side that 3.5 per cent of the fenced area of Varosha would be demilitarised and opened as a residential area. They said Greek Cypriot property owners who apply to Turkey’s immovable properties commission (IPC) can return.

The government and most political parties have advised against mass claims to the IPC set up in 2006 by Turkey to deal with the property issue in the north generally. Around 30 Greek Cypriots have reportedly laid claims through the IPC for properties in the area to be opened up.

But the pressure against them doing so has been building ever since Turkish Cypriot leader Ersin Tatar made the announcement during Turkish President Erdogan’s visit to the north on Tuesday.

Just hours later, President Nicos Anastasiades said that “no Varosha refugee would want to be an accomplice in Turkey’s plans and goals.” He said it was an attempt aimed at exploiting human suffering and causing division among Greek Cypriots.

The National Council kept up the pressure, warning on Wednesday that possible claims by Varosha refugees to the IPC over their properties risked furthering Turkey’s goal of partition.

This has enraged many who view it as emotional blackmail.

“They have shifted the badge of responsibility to the property owners and what they will do,” Christos Fysentzou, a Varosha refugee with property in the affected area, told the Sunday Mail.

Fysentzou’s family houses, four in total, are within the Ayios Nicolaos quarter, the area slated to open. Though he and his family have not yet filed to the IPC, he said they are seriously considering it.

Fysentzou said he was discussing with his family what to do, stressing that the government has left people decide on their own while playing the blame game. As if all the government’s decisions and inactivity over the past 47 years did not count, he said. “Now it’s the owners’ fault.”

Expressing his bitterness over the way each government has handled the issue of Varosha, Fysentzou said if they do decide to file to the IPC they will not only seek return of their properties but also compensation for loss of use, “to truly put a cost on Turkey”.

According to Iacovos Psaltis, also a Varosha refugee but with property by the coast, Ayios Nicolaos was the old residential part of Varosha.

“It is a very delicate matter,” he said on the issue of claims to the IPC, likening it to the opening of the crossings back in 2003 when the state and parties discouraged people from using them.

“It was an awkward situation,” he said. “But I believe the situation will evolve like then, each will do what they think is right.”

For former finance minister and Famagusta refugee, Kikis Kazamias, if the government does not want applications to the IPC, it should actively support refugees from Varosha, especially the ones facing financial problems, so that they are not forced to sell their properties to Turkey for survival reasons.

“This is our concern,” he said. “But who will dare accuse those who, even though it is not their priority need to do something like this,” Kazamias added, referring to Anastasiades’ statement. “I am saddened he made such an insinuation.”

“Is there anyone who wants to become Turkey’s accomplice?” he asked.

He said today there are second-and-third generation Varosha refugees who inherited properties from parents and grandparents and who might be struggling to get by and, after 47 years of owning a property with zero value, they are suddenly “tempted by Erdogan”.

“They do not want to do it, but when they seek advice, is the only right solution to just wait until after the Cyprus problem is solved?”

Instead the state ought to provide answers that solve this problem, such as subsidies or loans to people in need to help them buy first homes or meet other needs so that they are not tempted to sell such properties out of necessity.

Kazamias knows people who have properties in this area and said some of them have already filed claims to the IPC seeking compensation for loss of use. He said others express concerns that unless they turn to the IPC, decisions might be taken about their properties in their absence.

“The area was not randomly chosen by the Turkish side,” he said, adding that though it is very small, it is big enough to create the impression of Turkey’s possible ‘salami-slice strategy’ of opening Varosha.

Turkey, he said, wants to entice people and buy these properties at “insultingly low prices”.

Kazamias explained that most buildings in this quarter are older, more dilapidated, and of comparatively lower value than in the tourist part of the town. It also easier to access and provide water and electricity since the west side of one of the main roads leading to Ayios Nicolaos is not fenced-off and is already inhabited.

In addition to the IPC debate, concerns have also been raised over reported attempts at out-of-court settlement of refugees’ claims to the IPC, that bypass the commission and offer a faster procedure.

Lawyer Achilleas Demetriades, called on applicants to be vigilant if they are approached by third parties.

Demetriades has long been at the forefront of urging refugees to stake their ownership claims with the IPC, despite the government opposition. He warned that claimants should be careful of hoaxes.

He said if any of these 32 people are approached, they should speak with their lawyer first, adding there will be people who will try to cheat them.

“The person who initiated the application should be a qualified lawyer who should offer legal advice. Whatever offer is given to them should be in writing and they should consult with their lawyer before replying,” Demetriades said.

The advocate reiterated that his view has been consistent that persons who have property in Varosha should immediately apply to the IPC.

“This procedure has been approved by the European Court of Human Rights though its effectiveness is still a question mark. But if they do not apply there is a serious risk the Turkish side will take it as though they are not interested in returning to their property and give it to others who will develop it without any regard to the owners of the property,” Demetriades said.

He added that it was of paramount importance that people should seek legal advice and prepare an application for restitution (return to their property) and make a claim for the lost rent from 1974 to 2021.

The issue of recognising the north by applying is not applicable he said. The north is a subordinate to Turkey local administration and therefore there is no recognition.

“In order to apply for restitution, you do not have to go and stay in the property, you simply have to fill out the paperwork get yourselves a lawyer and make the application, it is important the application is registered so that it become a bar to the other side from using it or distributing it to third parties.”

Varosha refugee Andreas Lordos is also adamant that owners need to file their applications to the IPC just to lay claim to their properties and wait and see what happens.

“It is the minimum step one can do,” Lordos said.

According to Lordos, rather than criticise those who apply, the state should actually assist them by covering legal costs and by not charging fees for the issuance of the title deeds to these properties.

Demetriades, meanwhile, called on the state to put pressure on Turkey at UN, Council of Europe and EU levels.

“No doubt that opening up 3.6 per cent of part of Varosha is a violation of both resolutions 550 and 789 and this cannot remain unnoticed,” he said.

UN Security Council resolution 550 considers any attempts to settle any part of Varosha by people other than its inhabitants as inadmissible and calls for the transfer of this area to the administration of the UN. Resolution 789 also urges that with a view to the implementation of resolution 550, the area under the control of the United Nations Peace-keeping Force in Cyprus be extended to include Varosha.

“I’m hoping there is political pressure on this matter but also innovative suggestions,” he said.

Demetriades suggested that if people do return to that part of Varosha, Unficyp should try and take control of that area.

“If the Turkish army does not allow it, then increase its patrols and surveillance of the area because there are no restrictions to its freedom of movement and will be in fact serving the enforcement the Security Council resolutions by being present and try to exercise control on that area.”

Kazamias suggested that at the very least Famagusta municipality, in cooperation with other agencies and organisations linked to the occupied town, should initiate a process of updating title deeds so that elderly property owners transfer the deeds to younger descendants to avoid confusion and mess at a later stage.