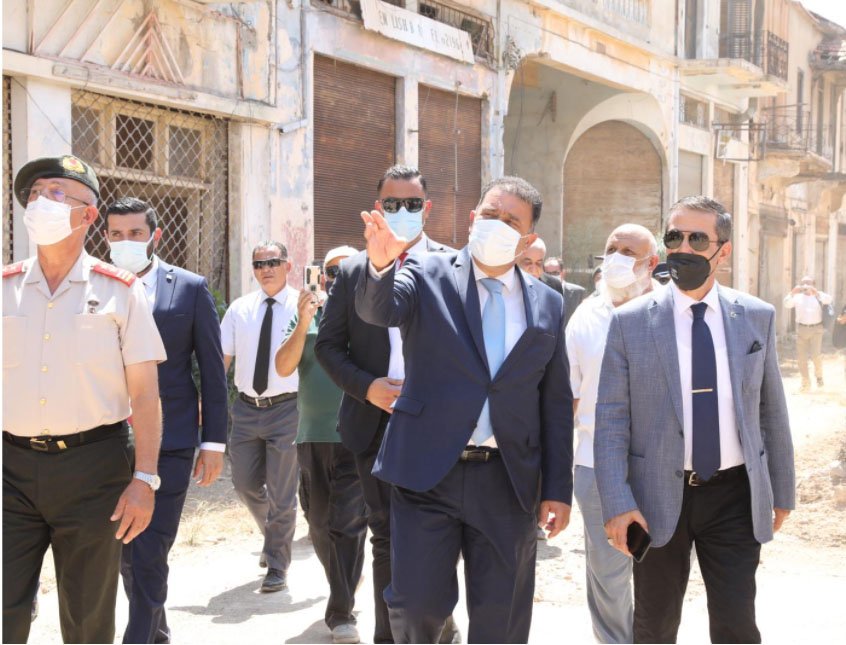 The demilitarisation of 3.5 per cent of the fenced area of Varosha to pave the way for its settlement is in accordance with international law and human rights, Turkish Cypriot leader Ersin Tatar said on Monday.

‘Prime minister’ Ersan Saner accompanied by a group of officials visited on Monday the area that has already been demilitarised. The area is adjacent to the open part of Varosha.

Saner said there are 496 properties within the quarter which will open as part of the second phase of the initiative on Varosha. He said the moves were according to the European Court of Human Rights decisions.

According to Saner 337 applications were pending before the immovable properties commission (IPC) for Varosha, 36 of which concern the 3.5 per cent that was demilitarised. This followed a ‘cabinet’ decision, though Turkey has been blasted by the international community as the responsible party.

Saner said the IPC, set up by Turkey in the north to deal with Greek Cypriot refugees’ claims for their occupied properties, will assess these applications. The committee examines applications for restitution, compensation or exchange of property.

He said the fenced area of Varosha spans over around five square kilometres and that a committee would be set up, following the survey carried out by the Eastern Mediterranean University in the north, to assess the dilapidated buildings that are about to collapse or that cannot be restored.

Tatar, rebuffing international outcry over the move, said their decision to open the fenced area of Varosha, which, he said was a part of the north, was “an extremely important development that will enable the return of former residents and beneficiaries who have not been able to go to their properties for many years”.

“Our aim is to eliminate grievances,” Tatar said. He added that the IPC will decide in this direction for the beneficiaries who apply for the return request. The Turkish Cypriot leader had announced last week that part of Varosha would open for settlement a move welcomed by Turkey but condemned by the EU, UN, the US and other countries.

While this opening was in accordance with international law and human rights, Tatar said, the Greek Cypriot side, “which received strength and encouragement from the EU and some other countries, has used every means and method to prevent this opening.”

Tatar said that the opening of fenced Varosha which has been left to deteriorate for 47 years, would continue. He said that some public areas and a part of the coast were opened for the public. He said demilitarising that small part kickstarted the second phase.

He reiterated that the Turkish side’s proposal on the existence of two sovereign equal states was still on the table.

In the meantime, according to reports, another 500 metres of beach have also been opened in the Varosha area. According to Kibris Postasi, the newly opened beach is a continuation of an area that was already open to the public.