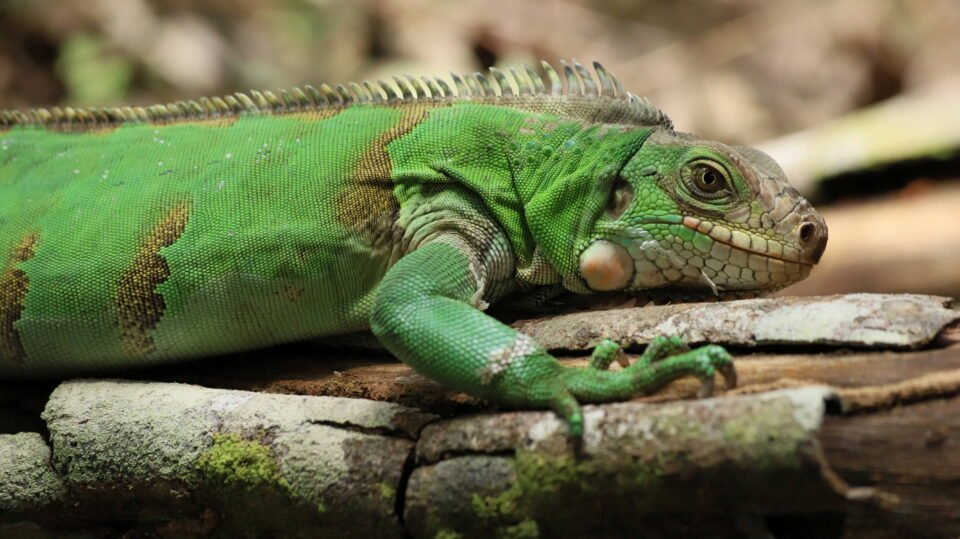 An iguana is pictured after it was released

More than 1,900 turtles, reptiles and amphibians were released into lagoons and forests in Colombia’s Meta province over the weekend after being seized and rehabilitated by authorities fighting wildlife trafficking, officials said.

Also released were 27 turtles from two other species, 15 iguanas, a zopilote snake and multiple frogs and toads. All of them were also seized in anti-trafficking operations.

“We have freed 1,960 specimens of wild Colombian fauna,” said Camilo Rincon, the head of environmental control at Bogota’s environmental office.

“With the help of our veterinarians we have rehabilitated and recovered these specimens so they can be liberated in their natural habitat, which corresponds to four civil reserves located in the province of Meta,” he said.

Genetic testing showed the animals came originally from Meta, the statement said. The large province is located south of Bogota and encompasses both wide plains and jungle.

Between June 2020 and June 2021, 3,835 animals were seized by the environment office and the police. Some 3,222 of those have so far been placed back into their natural habitats.