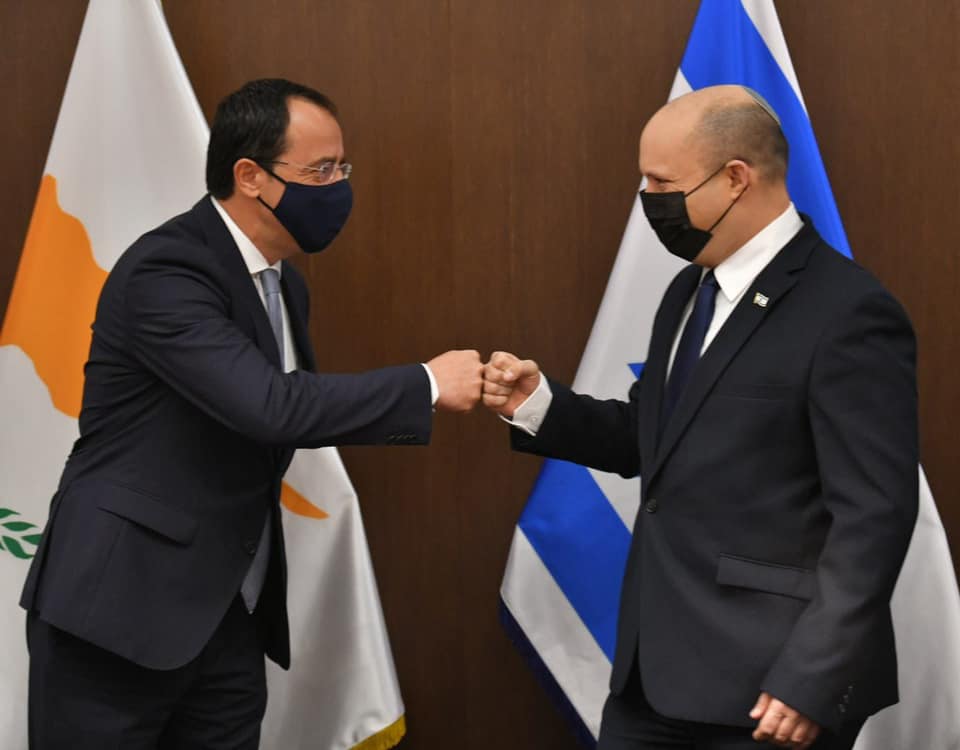 Christodoulides, who was in Israel on a working visit, was received by Bennett in the morning.

He said they discussed further enhancement of the two countries’ strong bilateral ties, Turkey’s illegal actions in Varosha and the Eastern Mediterranean, EU-Israel relations “and our joint efforts to promote peace, security, stability and cooperation in our region”.

The foreign ministry sees these contacts as very important since Israel, which recently had a change of government, has confirmed the close relations between the two countries and seeks their enhancement.

Cyprus also received Israel’s support against Turkish provocations and moves in Cyprus. Sources said Israel is concerned by Turkey’s moves for setting up a drones base and a naval base in the north and is to raise these issues during meetings with officials of third countries.

Lapid said while welcoming Christodoulides on Monday that the two countries shared “deep concern of the provocative actions of Turkey in Cyprus lately and we are going to discuss the mutual reaction to it.”

Other issues on the agenda, he said, were bilateral relations, trade, water, gas and the EastMed pipeline.

Christodoulides said this was his seventh visit to Israel since he assumed duties as foreign minister in March 2018.

He thanked his counterpart on behalf of the government and the people of Cyprus for Israel’s immediate positive reaction to his recent request for assistance during the wild fires in Cyprus in early July. This, he said, was another clear indication of the strategic nature of the relationship between the two states.

He also said Cyprus was a strong supporter of the enhancement of the EU-Israel relationship and said that Nicosia was looking forward to the convening of the EU-Israel Association Council the soonest possible.