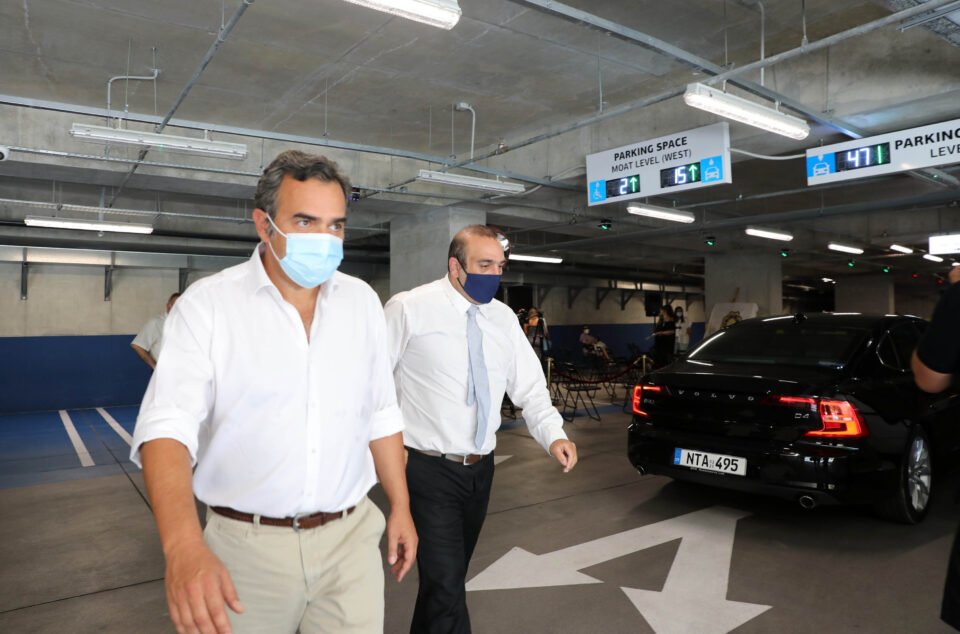 The car park, located underneath the avenue in a first for Cyprus, has 147 parking spaces, eight of which are for the disabled, the ministry said. It also has sanitary facilities at the level of Davila moat and stairs and lifts linking the car park with the moat and Omirou avenue.

The project was co-financed by the EU’s regional development fund, the state budget and Nicosia Municipality.

Addressing the ceremony, Mayor Constantinos Yiorkadjis said it was a “beautiful feeling” to see planned projects turn into reality and be embraced by residents and visitors.

The municipality’s policies were not fragmentary but aimed at upgrading the historical centre of the capital with the urban centre, citing the revamp of the commercial triangle of Stasikratous, Makariou and Evagorou as examples. The old GSP area revamp will complete the revival of the town centre, creating streets linking the commercial triangle, Eleftheria square and the old town.

Karousos spoke of an important development project for Nicosia Municipality aiming at improving accessibility to the old town and easing traffic congestion within the walls.

Combined with the upgrades of Kalipoleos, Makarios and Digenis Akritas avenues being promoted by the ministry will contribute to developing viable mobility and boosting public transportation.